Even the weather no match for the Universe Boss 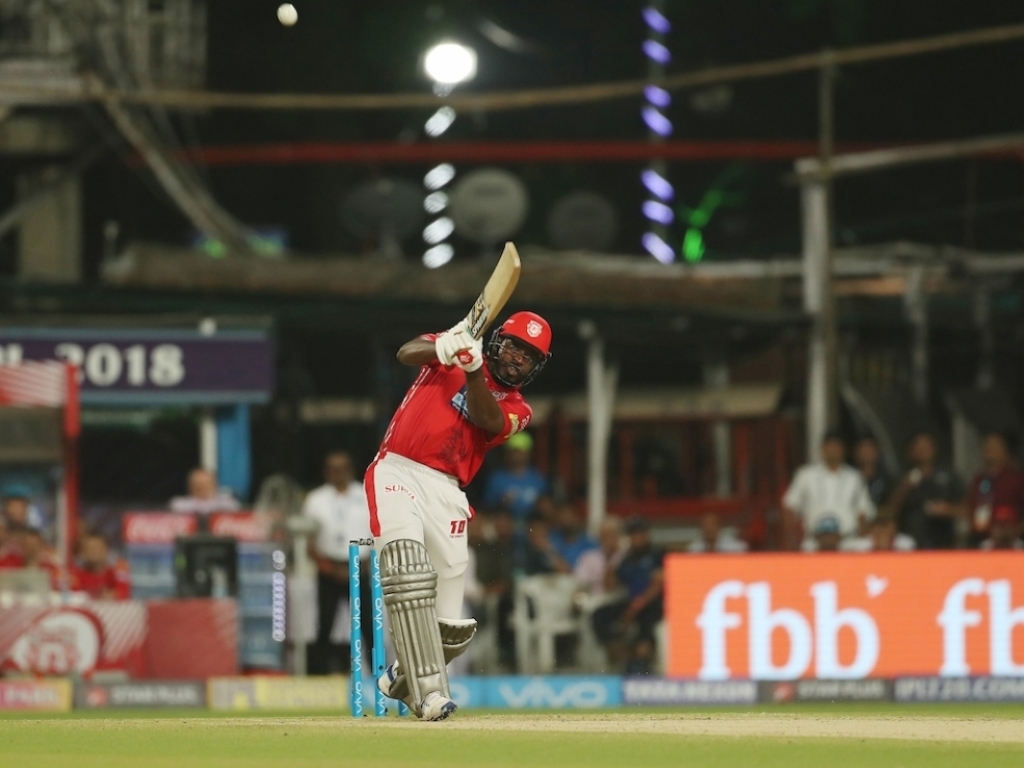 Chris ‘Universe Boss’ Gayle’s hot streak in the Indian Premier League continued on Saturday as he thumped another fifty to help the Kings XI Punjab to back to back wins.

Facing the Kolkata Knight Riders who they put in to bat first rain interrupted the chase with the Kings XI already cruising.

The Knight Riders innings got off to a great start with Chris Lynn finding devastating form after the early departure of Sunil Narine (1).

Robin Uthappa (34) was a good foil for the aggressive Lynn who smashed his way to 74 before being undone by the pick of the Kings XI bowlers Andrew Tye (2/30).

Dinesh Karthik (43) looked like he might guide the team past 200 but his departure triggered a string of wickets and they would end on 191 for 7.

The Kings XI Punjab opening pair of Lokesh Rahul and Gayle stamped their authority on the match early in the chase racing to 96 without loss in just 8.1 overs before rain put a halt to proceedings.

The match would restart with the Kings XI needing 29 runs from 28 balls and Gayle and Rahul in no mood to stand about.

Gayle smashed the first two balls after resumption for six and Rahul started the tenth over with three boundaries the third of which was a maximum.

Rahul (60) holed out to Sunil Narine but Gayle (62*) and Mayank Agarwal (2*) got the Kings XI over the line for a nine wicket DLS win.