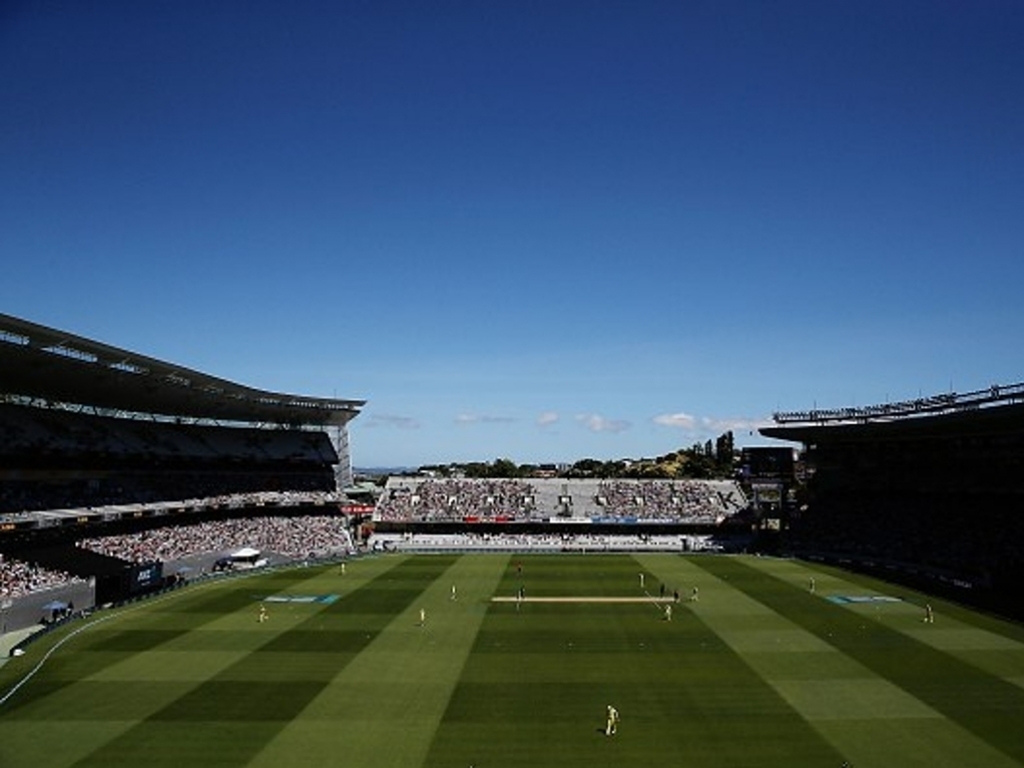 Located in central Auckland Eden Park is the largest stadium in New Zealand. The park was first used as a cricket ground in 1903 when Harry Ryan approached John Walters to lease part of his land as a sports field.

The land that would become Eden Park didn’t appear to be suitable for any kind of sport according to the authors of Eden Park: A History who wrote: “Certainly the rough paddock strewn with stones, studded with outcrops of rock and streaked with cowpats, falling away to a boggy trough that filled in a downpour and remained flooded throughout the winter, looked better suited to frog-hunting or duck-shooting than cricket, let alone rugby. Ryan knew or at least imagined better.”

The ground was prone to flooding and drainage issues as recently as 1975 when a rugby Test between the All Blacks and Scotland had to be called off due to a sodden field.

It first hosted a test in 1930. The ground was also the host to New Zealand’s first Test victory, against West Indies in 1955–56 season. It has also been the scene of a dark day in New Zealand’s cricket history when on 28 March 1955, the hosts collapsed to their lowest Test score (26 all out) against England.

The Test against England will be the first pink ball match played in New Zealand.

Brendon McCullum played one of his greatest ever Test knocks before India gave the Black Caps a real scare back in 2014.

New Zealand posted an enormous 503 all out in their first innings with Kane Williamson (113) and McCullum (224) doing the bulk of the scoring. 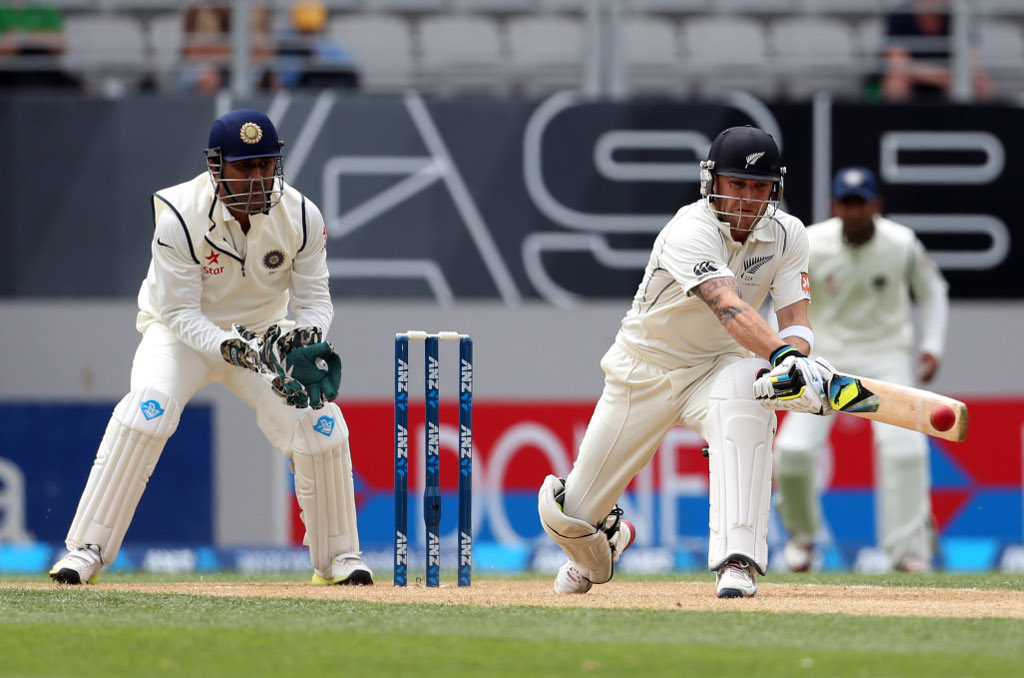 In reply India were knocked over for 202 with Neil Wagner (4/64) the pick of the Black Caps bowlers.

New Zealand declined the follow on and were shredded by the India seamers managing just 105 all out leaving India chasing 407 to win a target they would very nearly reach.

India were in the chase right up until Wagner got MS Dhoni chopping on leaving the tourists 362 for 9, they would reach 366 before Trent Boult grabbed the last stick.

John Wright’s 1060 runs in 15 Tests between 1978 and 1993 make him the all-time leading runscorer while in the current group Kane Williamson’s 208 in two Tests leads the way.

Wally Hammond ranks as England’s most successful batsman despite playing just one innings at Eden Park, his 336 not out in 1933. Alastair Cook’s modest return of 47 across two innings in 2013 ranks him as the most successful run-getter in the current squad at this venue.

Sir Richard Hadlee’s 45 wickets in 13 Tests put him at the head of the all-time list at Eden Park while Trent Boult’s 13 scalps leave him ahead of all his current teammates.

Tony Greig ranks as England’s most successful bowler in the history of Eden Park having claimed 10 wickets in his only Test at the ground, Jimmy Anderson’s three wickets give him a slender advantage over Stuart Broad who took two when England played there in 2013.

Neil Wagner loves the atmosphere at Eden Park saying in the build up to the Test: “A lot of guys find it funny, being a rugby field and with quite short dimensions.

“But just the history of it, knowing Richie McCaw and those guys ran out there and won a (rugby) World Cup. It’s a pretty special place and when you walk out there you get goosebumps.”

Plenty of green on the strip for NZ’s first pink ball test pic.twitter.com/Ff7fHewWwT

Wagner also expects a good pitch adding: “The (Eden Park) drop-in pitch generally has been really good but with these pink-ball games you only need a one mad hour and you can break the Test match open.”

The drop-in pitch at Eden Park is in place and has more than a little bit of green on it which sets this match up to be a bit of a dog fight for batsmen who will need to make runs while the suns shines, literally, with the ball expected to do more after dark.

Batsmen may be aided by the short boundaries but might struggle to lay bat to ball let alone clear the fence.

The English lower middle order is packed with hitters who can also graft and that may yet prove decisive if they can come to the party.