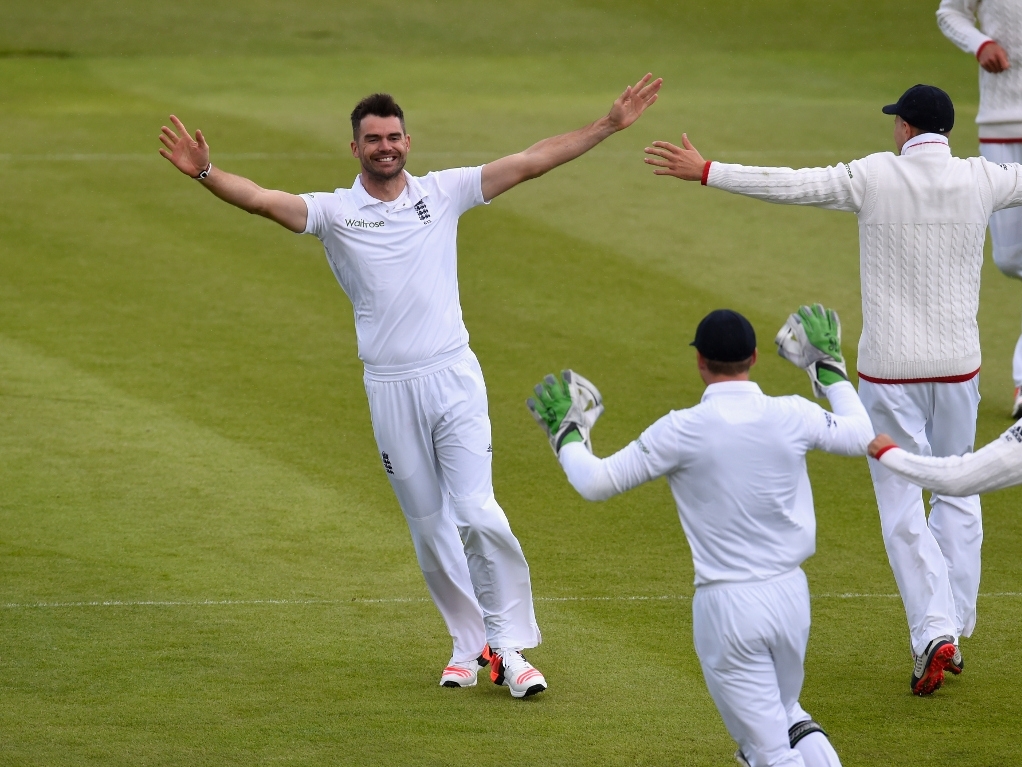 New Zealand kept attacking, England took wickets and James Anderson reached a milestone wicket in what was a rain–shortened but exciting first day of the second Test at Headingley on Friday as the Black Caps reached stumps on 297 for eight in the 65 overs that were bowled.

Coming into the match on 399 scalps and with the whole of the first session being lost because of rain, Anderson did not have to wait long, once play finally got underway, to achieve his landmark 400th wicket after his captain Alastair Cook won the toss and sent the Black Caps in to bat.

In just the third over Anderson got opener Martin Guptill to edge to second slip where Ian Bell snaffled a comfortable catch as Anderson became the first English cricketer, and 12th overall, to join the 400-wicket club.

Shortly after the milestone Anderson was celebrating wicket number 401 as he had Kane Williamson caught behind for a duck as New Zealand slipped to two for two.

Ross Taylor put on 55 for the third wicket with Tom Latham but he was trapped lbw by Stuart Broad for 20 which saw the introduction of Black Caps' skipper Brendon McCullum to the crease.

The visiting captain signalled his intentions by smacking Broad for six, over cover, off the first ball that he received and he kept on attacking as he made his was to 41 from just 28 balls as New Zealand went to tea at 123 for three.

McCullum went first ball after the interval to Ben Stokes and BJ Watling followed soon, for 14, as the Black Caps found themselves 144 for five. Opening batsman Latham was still going steady though and he found an able partner in wicketkeeper Luke Ronchi, who was making his debut.

The pair added 120 at almost five runs to the over before both in fell in quick succession before the close of play. First Latham for 84 then Ronchi for an enterprising 88 from 70 balls. Mark Craig (16) and Matt Henry (14) will resume for the visitors on Day two.

Broad took three for 83 while man of the moment Anderson and Stokes took two wickets each for the hosts.