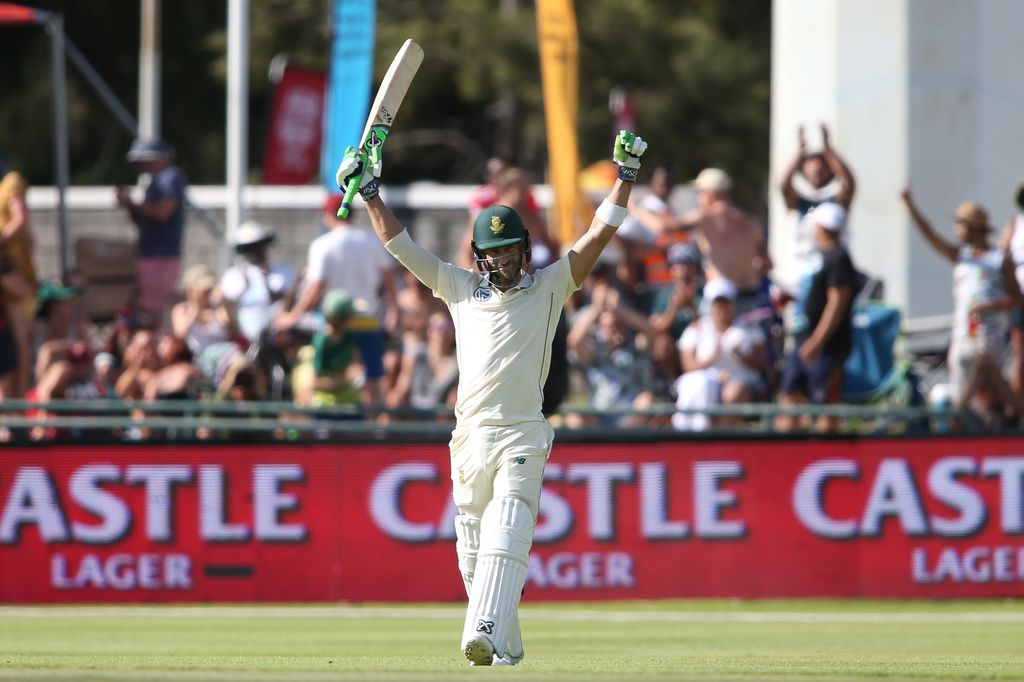 Captain Faf du Plessis struck a wonderful hundred that knocked the wind out of Pakistan’s sails and helped South Africa take full control after two days of the second Test at Newlands.

Du Plessis struck 103 the Proteas to 382/6 at the close, ahead of 205 runs with four wickets still remaining.

With three full days of sunshine ahead on a cracked-up wicket, it is virtually impossible to imagine any result other than another comfortable home win.

The 156-run partnership that then ensued between Du Plessis and Temba Bavuma (75) represented an heroic recovery from 156 for five, the probable score when Temba Bavuma was caught in the slips and the soft signal was out.

Bavuma had scored just three runs at the time and in a deja vu moment from the first Test, Pakistan again found themselves on the wrong side of a decision that was overruled by the third umpire as the balls was judged to have been grassed before the catch was completed.

After that reprieve for Bavuma, there were very few moments of enjoyment for the Pakistanis in the field.

Staring down the long barrel of a 2-0 series scoreline in a three-match series is a recipe for a depressed touring party.

Pakistan’s bowlers toiled without much joy under the hot sun at the foot of Table Mountain.

Left-arm fast bowler Shaheen Afridi (3-112) was the most successful in terms of wickets but even he was carted around the ground at 4.5 runs to the over.

Du Plessis’ hundred was a captain’s knock to remember, especially after he was dismissed for a pair of ducks in the first Test at Centurion.

Time and again, he has showed his ability to concentrate for long periods of time. It was his ninth Test hundred but his first both against Pakistan and at Newlands.

Quinton de Kock (55 not out) is scoring very quickly after a long time in the pavillion with his pads on. He has Vernon Philander (6*) for company.

It is hard to imagine they will put very high prices on their wickets tomorrow, given that South Africa’s bowlers won’t mind having a bowl in the morning session. Having said that, I don’t expect a declaration either.

With hindsight, South Africa won a very good toss and the risks involved in going into the Test with an all-seam attack and asking the groundsman for another spicy wicket had all paid off according to their plan.

It is not as if Pakistan’s attack is tame so there certainly was risk involved, regardless of whether South Africa’s batsmen are more at home in these conditions.

Many of us keep saying that pitches where the batting team cannot survive the first two sessions of a match often lead to one-sided games serve to short-change the public, organisers, broadcasters and beer sellers but others will argue that South Africa had little trouble batting on the same 22 yards and are just a far superior team in these conditions.

It is expected that teams and pitches will play to their strengths -and subcontinent sides certainly do when they are at home – but that Newlands was only half full on day two characterised a predictability in the formalities.

At the press conference Mickey Arthur noted that he believes a wicket should be conducive to a “good contest”, have “got worse since he was here in 2010” and “balls shouldn’t be misbehaving so much on day one and two”.

Having seen how much the ball turned for the under-utilised Yasir Shah at the end of the day, Pakistan will go to bed tonight thinking how differently things might have turned out had they survived more than 50 overs in the first innings.