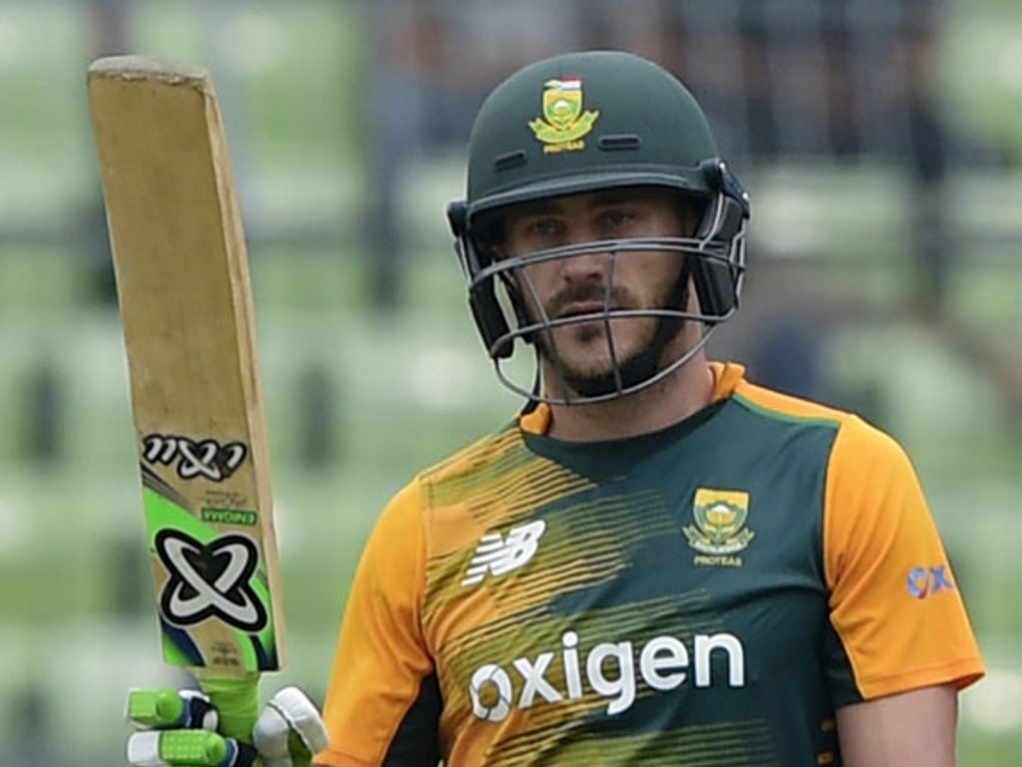 South Africa made light work of Bangladesh in the first T20 in Dhaka on Sunday, but mostly thanks to a valiant half century for skipper Faf du Plessis, who made sure their were enough runs on the board for a 52-run win.

The Proteas recorded 148 for four, thanks in large part to Du Plessis' 79 not out, as the openers both fell cheaply and the Tigers initially did an excellent job with the ball. The Proteas' bowlers then responded by bowling the hosts out for a paltry 96, their lowest T20 score on home soil.

Du Plessis won the toss and opted to bat, with the pitch looking like it had seen five days of Test cricket already. The slow, crumbly deck proved tricky for all involved, as AB de Villiers was out in the first over for two.

Quinton de Kock followed his new opening partner back to the hut soon afterwards, having made 12 runs, and the Proteas were in trouble on 31 for two. Du Plessis and JP Duminy then combined to settle the knock, taking the score to 77.

But Duminy was unable to stick around past his score of 18, and then David Miller was removed for one. SA were thus on 90 for four in the 14th over, and Du Plessis and Rilee Rossouw had it all to do to post a defendable score.

Faf's fifty came off 35 balls and included seven fours, and by the end of the knock he'd struck just one more boundary, accumulating most of his additional runs through quick work between the wickets, as Rossouw, who made 31 not out, proved a nippy partner.

The chase was always going to be tricky for the hosts, and it was made worse by the loss of both openers for single figures. Shakib-al-Hasan and Mushfiqur Rahim then tried to get things back on track, and took the score from 13 to 50 before Rahim departed.

Shakib was the only batsman worth mentioning, top-scoring with just 26 though, as only three batsmen reached double figures. It was a dismal effort, with the Proteas gifted many an easy looping catch to various parts of the ground.

It was a good all-round effort from the bowlers, all of whom took at least one wicket. David Wiese, Kagiso Rabada and JP Duminy bagged two each, making new bowling coach Charl Langeveldt look rather good.

The second T20 will be played at the same venue on Tuesday 7 July.