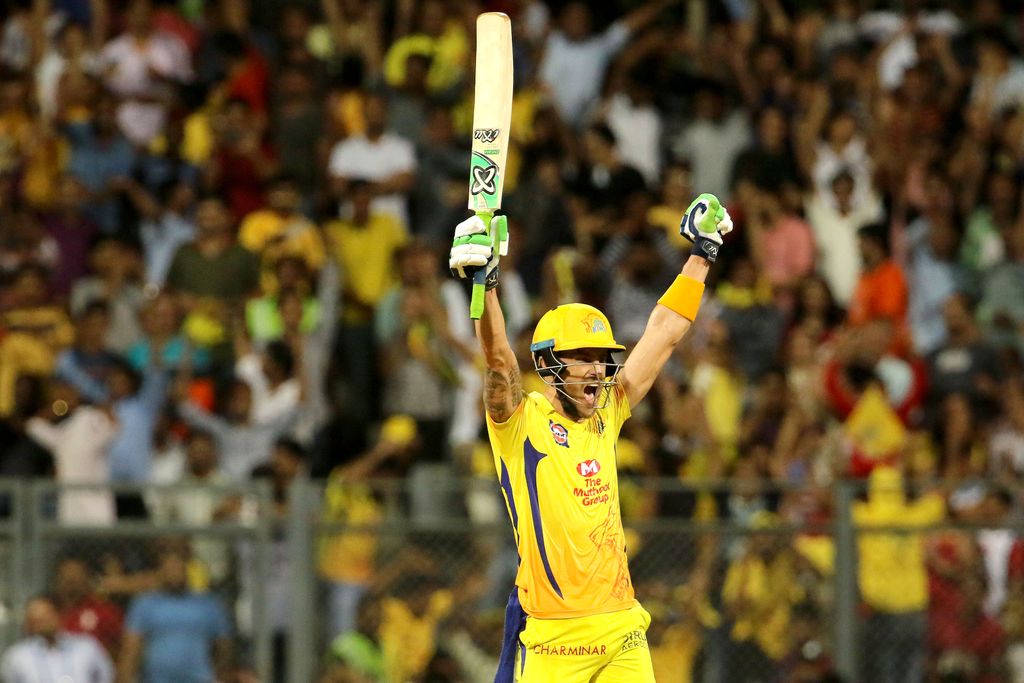 Faf du Plessis batted throughout the innings to play a superb knock to steer the Chennai Super Kings into the Indian Premier League (IPL) final after a tense two-wicket victory over Sunrisers Hyderabad on Tuesday.

Chasing a modest target of 140, Chennai were in heaps of trouble as they slipped to 57/5 and then 133/8 but Du Plessis, who opened the innings, kept his composure while seeing wickets tumble at the other end.

The Proteas captain was unbeaten on 67 off just 42 balls and struck the first ball of the final over for a maximum to give his team the win.

Besides Suresh Raina’s 22, none of the other batsmen made any score of note as leg-spinner Rashid Khan took 2/11 in four overs while Sandeep Sharma and Siddarth Kaul also took two wickets each.

Du Plessis received valuable support from tail-enders Deepak Chahar (10) and especially Shardul Thakur (15 not out) as they added crucial runs down the order.

Earlier, the men in yellow put in a disciplined bowling effort to restrict the Sunrisers to 139/7 in their 20 overs.

Captain Kane Williamson and Yusuf Pathan both hit 24 but the major contribution with the bat for the Sunrisers came from Carlos Brathwaite (43 not out from 29 balls).

All of Chennai’s bowlers got in the wickets column but the best on show was seamer Dwayne Bravo who finished with figures of 2-25 in four overs.

Chennai now march into Sunday’s final while the Sunrisers will play the winner of Wednesday’s game between Kolkata Knight Riders and the Rajasthan Royals for a place in the showpiece match.