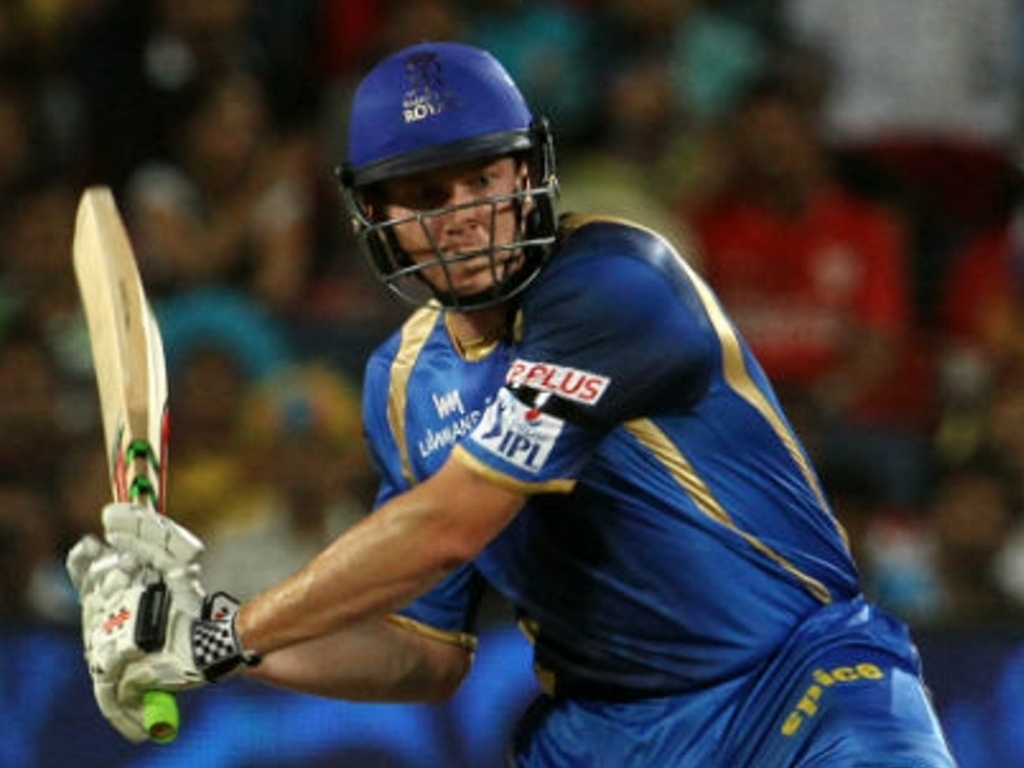 Australia all-rounder James Faulkner continued to grow his reputation on Friday as his batting and bowling contributed heavily to the Rajasthan Royals' 26-run win over the Kings XI Punjab in Pune.

The Royals made 162 for seven batting first, with Faulkner top-scoring for the match, and then the Punjab side, last year's finalists, fell to 136 for eight. Faulkner took three wickets.

Punjab opted to field first after winning the toss, looking to the likes of Mitchell Johnson to keep the target down and their strong middle order to chase anything down.

It was the local bowling that did the trick actually, as both openers fell cheaply, one to Sandeep Sharma and the other to Anurat singh. Kunal Nair was also gone for single figures, to Axar Patel, leaving the Royals on 35 for three.

Steve Smith, captaining the side on the day in place of an injured Shane Watson, was one of countryman Johnson's two wickets. Smith had made 33 off 23 balls, and was the second-highest scorer of the innings.

Deepak Hooda smacked a quick 30 off 15 balls, but the bulk of the driving force was down to Faulkner. The Finisher, as he's become known, took the bowlers to task, including Johnson, and used 33 balls for his 46.

Thanks to Faulkner's efforts with the bat, the Royals had enough on the board and KXIP needed to go well from the get-go to have a chance. The loss of Virender Sehwag for a duck on the fist ball of the knock, to Tim Southee, scuppered that idea.

Wriddhiman Saha and Glenn Maxwell followed soon afterwards, having made seven each, leaving Murali Vijay to chase the runs at the top of the order. He made 37, but was out with the score on 64 in the ninth over.

The middle and lower orders thus needed to get more than a string of 20s to reach the target, and while David Miller knocked off 23 runs, and George Bailey tried hard at the end with 24, they fell short.