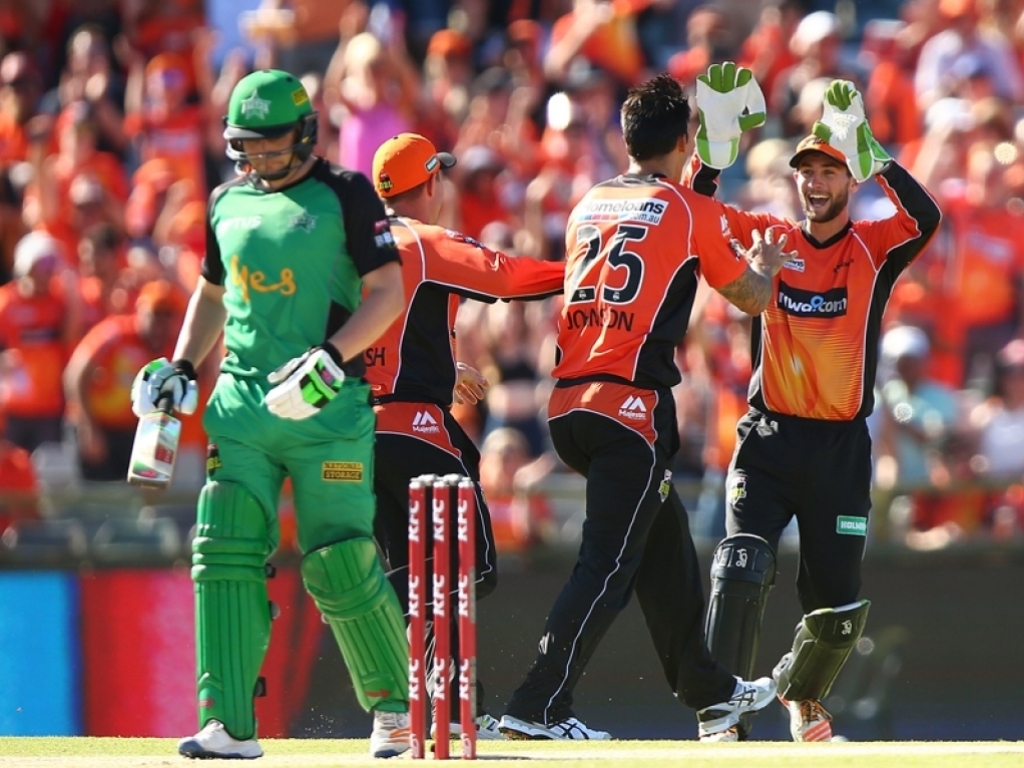 An extraordinary fast bowling spell from Mitchell Johnson and comfortable run-chase saw the Perth Scorchers beat the Melbourne Stars by seven wickets in the first semi-final of the Big Bash League in Perth on Tuesday.

Former Australia paceman Johnson rolled back the years to record outstanding figures of the 3/3 in four overs, including two maidens, as the Stars could only muster 136/8 in their 20 overs.

The 35-year-old Johnson nipped out Rob Quiney and Luke Wright in the first over of the match to leave the visitors 0/2, and they never really recovered, stumbling to 26/4 after six overs.

Seb Gotch (48 off 46 balls) tried to hold things together for the Melbourne side but received no real support from the rest of the batting order, the next best score being 26 from veteran David Hussey.

The hosts lost Michael Klinger in the early (7) chase but Sam Whiteman (31) and Shaun Marsh eased the nerves of the home crowd with a partnership of 54 for the second wicket.

Scorchers captain Adam Voges (13) did not last long but England international Ian Bell (26 not out) kept Marsh (56 not out) company to put their team into final with more than three overs to spare.

The Scorchers will host the winner of Wednesday's semi-final between the Brisbane Heat and Sydney Sixers at the WACA on Saturday.