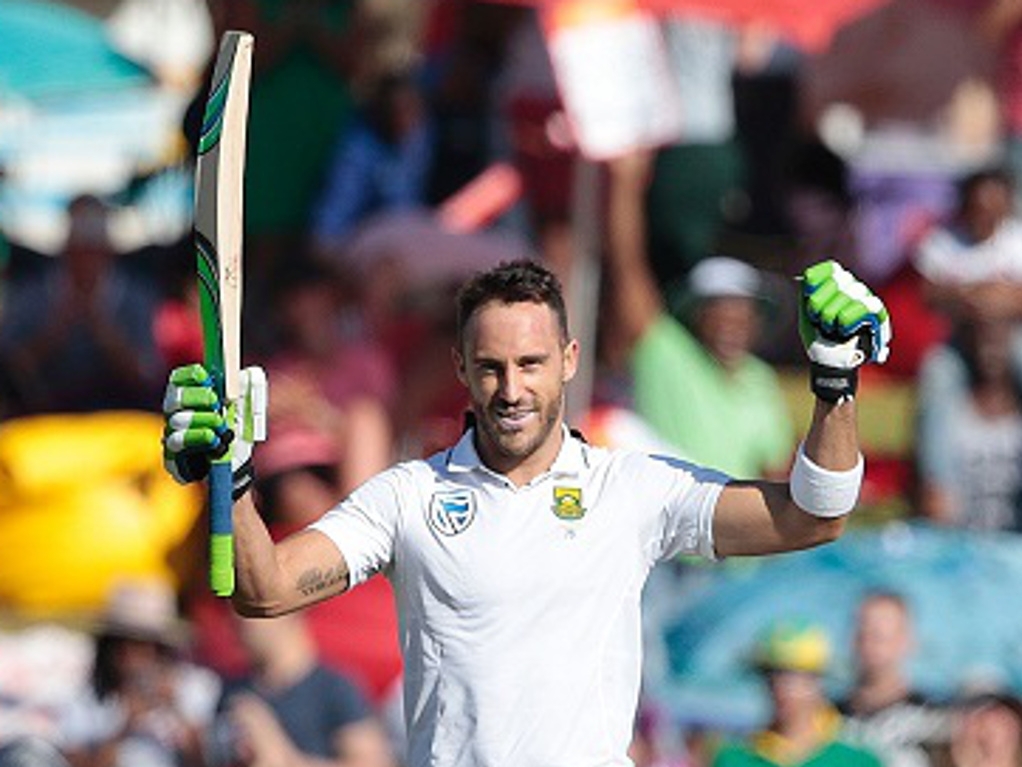 Day two of the second Test between South Africa and New Zealand belonged to the hosts, as they ended the day with a lead of 443 runs thanks to stand-in skipper Faf du Plessis' unbeaten century.

The Proteas declared on 481 for eight, and then the Black Caps stumbled to 38 for three before stumps, having been put in to bat with 16 overs to go in the day at Centurion.

Du Plessis, with an injured AB de Villiers watching from the stands, made 112 not out, while paceman Neil Wagner recorded a five-fer against the country of his birth.

The day began with the Proteas on 283 for three, with Du Plessis on 13 overnight and JP Duminy on 67 at the restart. Du Plessis batted at a strike rate under 50 for the entire day, leaving the bigger shots to his partners, and brought up his 50 off 130 deliveries.

Duminy was out before lunch, having made 88, as he caught the outside edge off Tim Southee and was caught behind. Temba Bavuma was the only one in the top six to fail, and he was out for eight, caught in the deep off a top edge by a diving Doug Bracewell.

The afternoon saw Du Plessis continue his march towards his fifth Test ton, with Stiaan van Zyl standing by at the other end. Van Zyl recorded 35 off 88 balls before being caught in the slips by Ross Taylor off Wagner.

They went into the tea break with Du Plessis on 95, taking his sweet time to reach his milestone, and after the break he got there at last, off 225 balls.

In the meantime, Vernon Philander and Kagiso Rabada were sent packing for single figures, though they did eat up deliveries. Dale Steyn struck two sixes off Mitchell Santner, and then Faf declared the knock.

This left Martin Guptill and Tom Latham to negotiate the fading light and shadows against Steyn and Philander. The bowlers won the battle though, as both openers were removed for single figures.

Taylor was also out cheaply, as he was brilliantly run out by Bavuma, who turned and released in the same movement and hit a single stump. Taylor did not even wait for the third umpire to have a look.

This left Kane Williamson and Henry Nicholls to see out the last few overs as shadows stretched actross the pitch. Skipper Williamson was on 15 at the close, while Nicholls was on four.