Fifth day unlikely as Oz sit on the brink 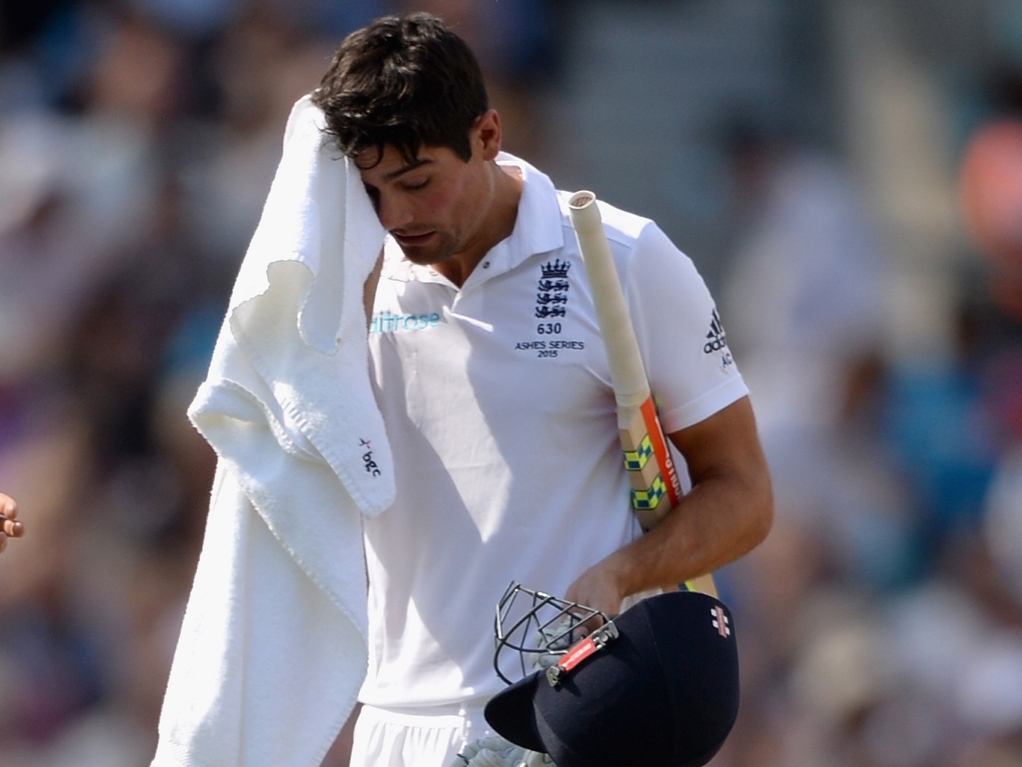 Day three of the fifth and final Ashes Test belonged firmly to Australia as they continued their way to a consolation victory, with England on 203 for six at the close, having been asked to follow on.

It was the first time in his entire captaincy career, with four previous chances declined, that Michael Clarke had enforced the follow-on, when England were all out for 149 in the first hour of the day.

The hosts still trailed by 129 at stumps, thanks in large part to Alastair Cook's battling 85. The skipper had used up 234 balls for that score, but was removed by an unlikely Steve Smith delivery just before the close.

The day began with England already eight wickets down in their first innings, having squandered the bulk of their batsmen the evening before.

Moeen Ali and Mark Wood were in the middle and played a few expansive strokes, but were both out to Mitchell Johnson off consecutive deliveries. Only 45 minutes had been played.

As such, Australia still held a hefty lead, well away from the follow on target, and Clarke, in his final Test, decided to break with his own tradition and send England in to bat again, still in the morning session.

Adam Lyth's horror series continued, his average well below 15 for the Ashes now, as he was out for just 10 to Peter Siddle, caught in the slips by Clarke. He ended the series with a top score of 37 in 10 knocks.

Ian Bell then joined Cook and they advanced the score to 62 with Bell being gifted a few chances in the field. He was dropped off Mitchell Marsh by Clarke, but the pair later combined again to send Bell packing for 13.

Joe Root suffered a rare failure as he was out for 11, leaving Cook to once again settle the knock. He'd reached his half century by tea, with England on 123 for three and Jonny Bairstow at the other end.

Bairstow was not long for the middle in the evening though, as he and Ben Stokes were out in the same Nathan Lyon over. The spinner had Bairstow caught at short leg for 26, and then Stokes was caught by Clarke for a duck.

Cook, batting at a strike rate well under 40, continued with Jos Buttler, and they went at a pace that would frustrate a geriatric. But the runs were not important, survival was, and they nearly lived to fight another day.

When Cook was out with an over to go, night watchman Wood joined Buttler, who ended the day on 33.