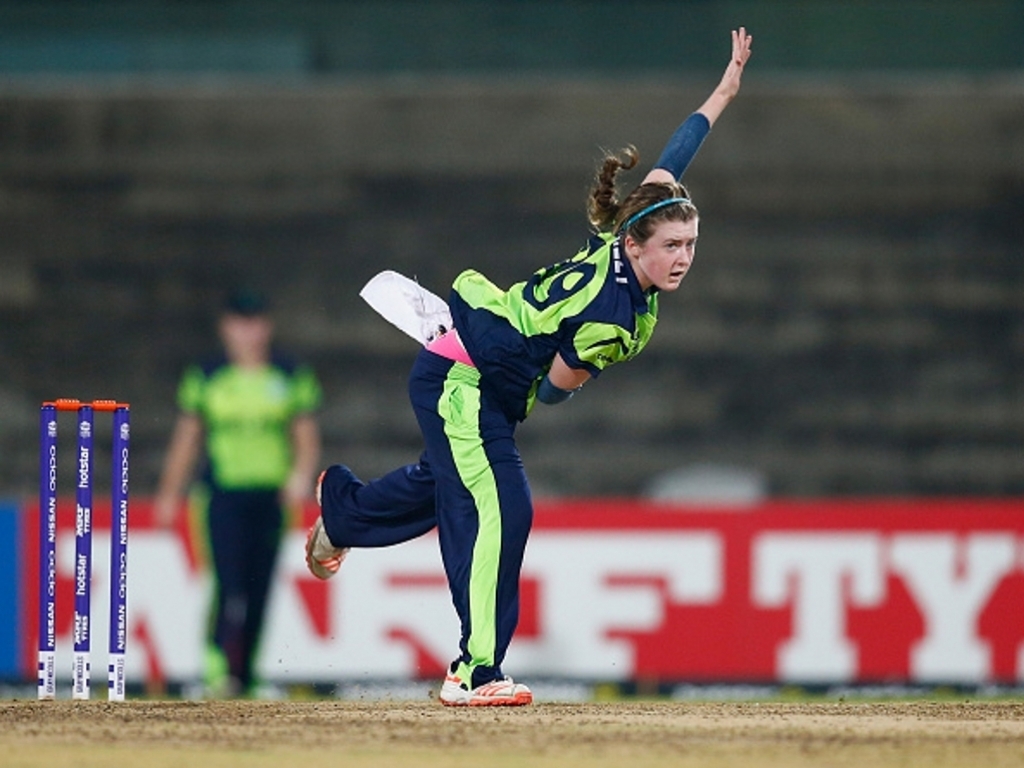 An eventful final over bowled by Ireland medium pacer Lucy O’Reilly saw the hosts beat Bangladesh by six runs in the 1st T20I at Bready.

Rain forced the game to be shortened to ten overs per side and Ireland set the visiting Bangladesh women a total of 55 runs to win.

Clare Shillington top-scored for Ireland with 26 off 18 balls including four fours but no other batsmen could get into double figures in a heavily abbreviated contest.

Khadija Tul Kubra finished as the pick of the Bangladesh bowlers with figures of 3 for 5 from her two overs.

Bangladesh would run the hosts close, needing 10 to win off the final over with top scorer Fargana Hoque still out there on 23 not out.

Hoque took a single off the first ball of O’Reilly’s over leaving Rumana Ahmed on strike.

Ahmed went down on one knee, looking for a cheeky scoop but she missed the ball altogether and was adjudged to be out leg before.

In an attempt to get Hoque back on strike Ritu Moni was run out trying to steal a bye the very next ball.

Bangladesh’s hopes would then dissipate as Hoque danced down the track only to play and miss, with Mary Waldron completing a stumping to give O’Reilly her second wicket.

Skipper Jahanara Alam was next out but was unable to get the ball to the boundary of either of the last two balls and Ireland recorded a six run victory to take an early 1-0 lead in the series.