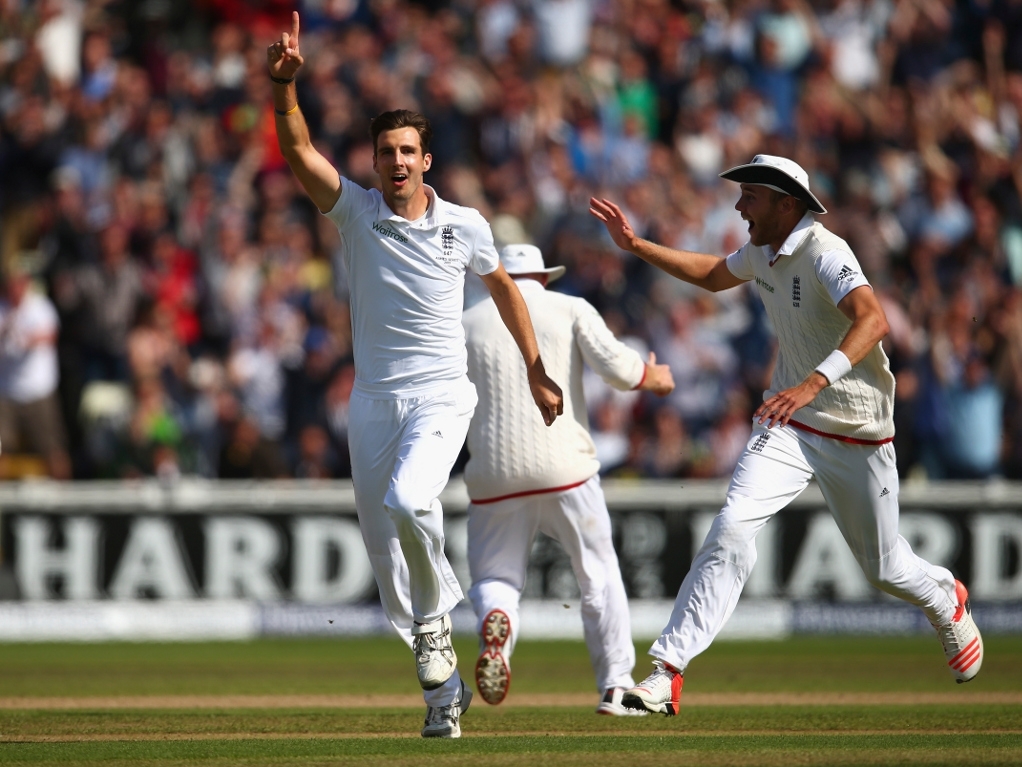 Fast bowler Steven Finn took five wickets to rock Australia on day two of the third Ashes Test at Edgbaston and put England on the brink of victory and a two-one series lead.

Finn finished the day with figures of five for 45 in 13 overs as Australia were 168 for seven at stumps, only a lead of 23 runs with three wickets remaining.

The 26 year-old Finn delivered a devastating spell in the afternoon session claiming the wickets of Steve Smith (8), Michael Clarke (3), Adam Voges (0) and Mitchell Marsh (6) in quick succession to rock the Aussies' batting line-up.

Only opener David Warner offered any resistance to Finn, and the England attack, blazing his way to 77 off just 62 balls before James Anderson got him caught in the covers.

Peter Nevill (37*) and Mitchell Starc (7*) will resume for the visitors on Friday with a monumental task in trying to put up decent score for England to chase.

Earlier, Australia did well to fight their way back into the contest as they bowled England out for 281 after the home side resumed on 133 for three in the morning.

Mitchell Johnson kicked things off in his first over of the day, removing Jonny Bairstow and Ben Stokes within two balls of each other.

Moeen Ali hit a brisk half-ton and Stuart Broad a gritty 31 to hold Australia up but it wasn't long before the innings was wrapped up.

Josh Hazlewood and Nathan Lyon claimed three wickets each for Australia while Johnson ended with figures of two for 66 from 16 overs.