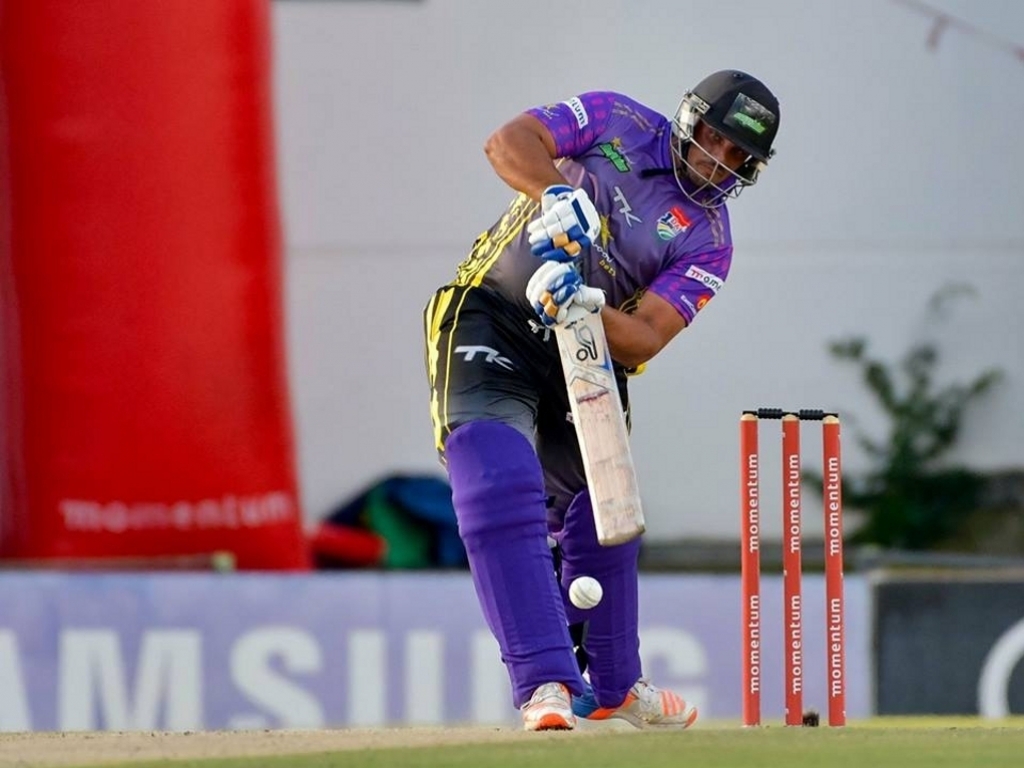 The Dolphins put together their strongest all-round performance of their MODC campaign thus far when they claimed a bonus point, 118 run win over the Highveld Lions in Potchefstroom.

A sparkling, player-of-the-match century from in-form Vaughn van Jaarsveld (108) saw the Dolphins off to a blistering start, while opening partner Morné van Wyk became a spectator to the belligerent left-hander's first century of this season’s One Day Cup campaign.

"It's very handy to have a seven point lead at the moment on the log," Khaya Zondo mentioned after the victory.

"We really need to make sure that we finish well and play well on Sunday against the Titans at home to keep our momentum going."

The Lions put the Dolphins in to bat in the afternoon and the opening batsmen once again gave the Durban side the perfect start, putting on 162 in just under half the Dolphins' 50 overs. Van Wyk was the first to go for a well-played 54 before Van Jaarsveld fell for an impressive 108 off 77 balls.

The middle overs might have proven to be a significant speed-bump in the Dolphins’ charge towards 300, but the likes of Sibonelo Makhanya (20) and a blustery 64 from 47 deliveries by the returning Andile Phehlukwayo helped the Dolphins to the tie-highest total at Senwes Park – 344/7.

Phehlukwayo looked assured at the wicket as he and Makhanya put on 57 for the fifth wicket in just over six overs. The pair gave the Dolphins finish some vital impetus allowing Phehlukwayo and Rob Frylink to take their side over the crucial 300-mark and beyond before Phehlukwayo fell on the last ball of the innings.

Discipline in the field and with the ball in the early stages of the Lions’ innings put the hosts on the back foot with Rabian Engelbrecht and Rob Frylinck bowling well in tandem up front, and the former picked up the big wicket of Reeza Hendricks in the sixth over.

Scoreboard pressure forced the Lions to chase the game in the first 15 overs, this allowed the Dolphins to restrict and strike regularly in the shape of Fylinck who picked up two early wickets, accounting for Rassie van der Dussen and Mangaliso Mosehle in quick succession.

These early strikes from the Dolphins left the Lions batting order in tatter at 56/4 in 13 overs. After returning Proteas all-rounder Dwaine Pretorius was brilliantly run-out by Kyle Nipper the Lions' chances went up in smoke.

Lions captain Dominic Hendricks played a brave, lone hand, registering a quality half century in what was a losing cause. He found a willing partner in Aaron Phangiso who put on a Senwes Park record, ninth wicket partnership at the death to torment the Dolphins.

The Dolphins might have been slightly disappointed by their efforts towards the end of the Lions' innings as they let the side from Gauteng score more runs than they would have liked before Rabian Engelbrecht broke Dominic Hendricks' heart as he was caught for 98 handing the Dolphins an important victory.