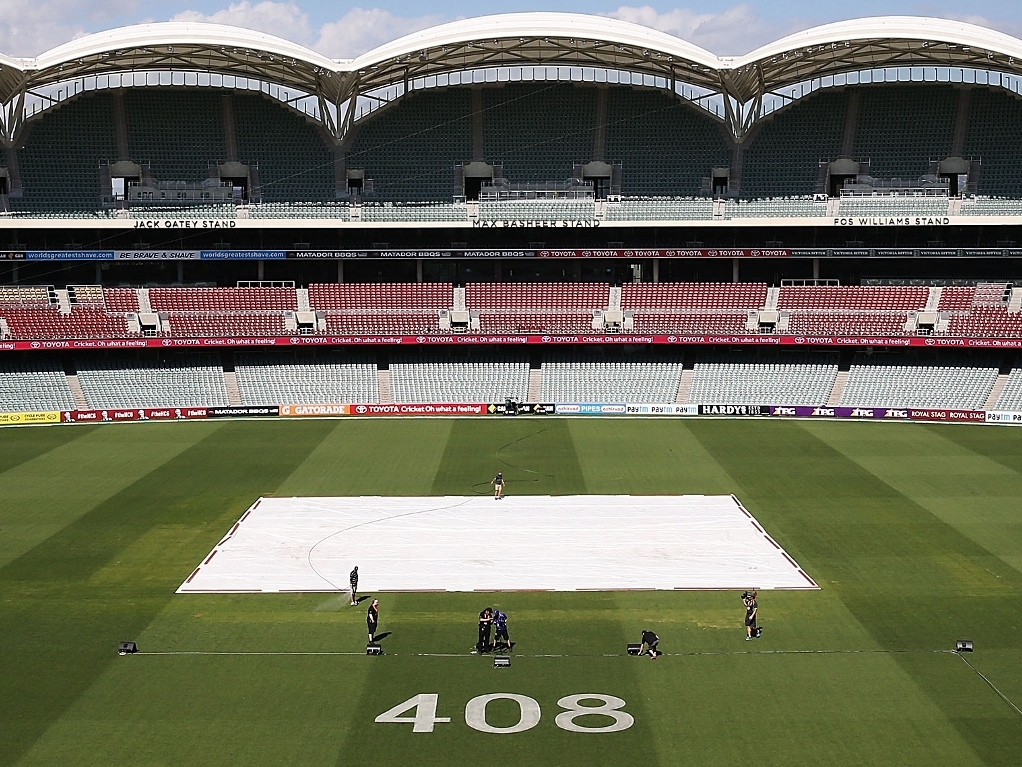 The morning of day one in Adelaide will likely have a sombre, yet anticipatory, air about it, as the teams pay tribute to Phillip Hughes while also looking to play good, aggressive cricket on his home ground.

This was not meant to be the venue for the first match of this four-game series, but after South Australia's Hughes passed away a fortnight ago, it became fitting to play the postponed game at a venue he'd called home for two years.

The last time India played here, in 2012, they were demolished by nearly 300 runs, with Michael Clarke scoring a double century. He's playing this time under very different circumstances, not least because last time they'd already won the series.

Clarke is fit to play after recovering from his tenacious hamstring injury, leaving no room for Shaun Marsh to play alongside his brother Mitchell, and has looked determined in training. He'll certainly be playing with Hughes on his heart, a '408' specifically.

Fast bowler Ryan Harris is also available for the first time since March, when he underwent knee surgery to prolong his career by a few more years. Harris only recently returned to full domestic cricket, but is by all accounts raring to go.

India have had very little preparation in the middle, with only two warm-ups scheduled in the first place. One of those was cancelled due to Hughes' passing, and the Indians have spent a week in Adelaide, waiting for this game.

They will be skippered by Virat Kohli, as MS Dhoni's hand injury is not as healed as they'd like. As such, the approach is likely to be more aggressive, and the other warm-up showed that there was little consideration to holding back the bouncers.

Wriddhiman Saha will keep wicket in Dhoni's absence, while the pace attack is set to be without injured Bhuvneshwar Kumar, their shining light away from home in an attack that struggles on foreign decks.

India do not travel well, their stats tell us, and the last time they played in Oz they lost four nil. Conversely, the last time the sides faced each other, in India to be fair, the Aussies were abysmal. So it all comes down to mentality.

In the end, all eyes will be on Clarke, to see how he leads the side, and on the Australian fast bowlers. Will they start with some short balls, or save them for later and keep India's batsmen in suspense, or not bowl them at all? We'd opt for the middle one.

For the hosts, paceman Mitchell Johnson will be key as he'll set the tone for the bowling innings. If the Aussies bat first, and India go full throttle, which they will, then he'll be more likely to do the same from the get go. He enjoys this ground, he took seven wickets in an innings the last time they played here.

The Indians will look to Varun Aaron in the same light. He was the one who gave Stuart Broad a broken nose in England a few months ago, and if he plays, which he should in Bhuvi's absence, he'll enjoy the pace early on in the deck.