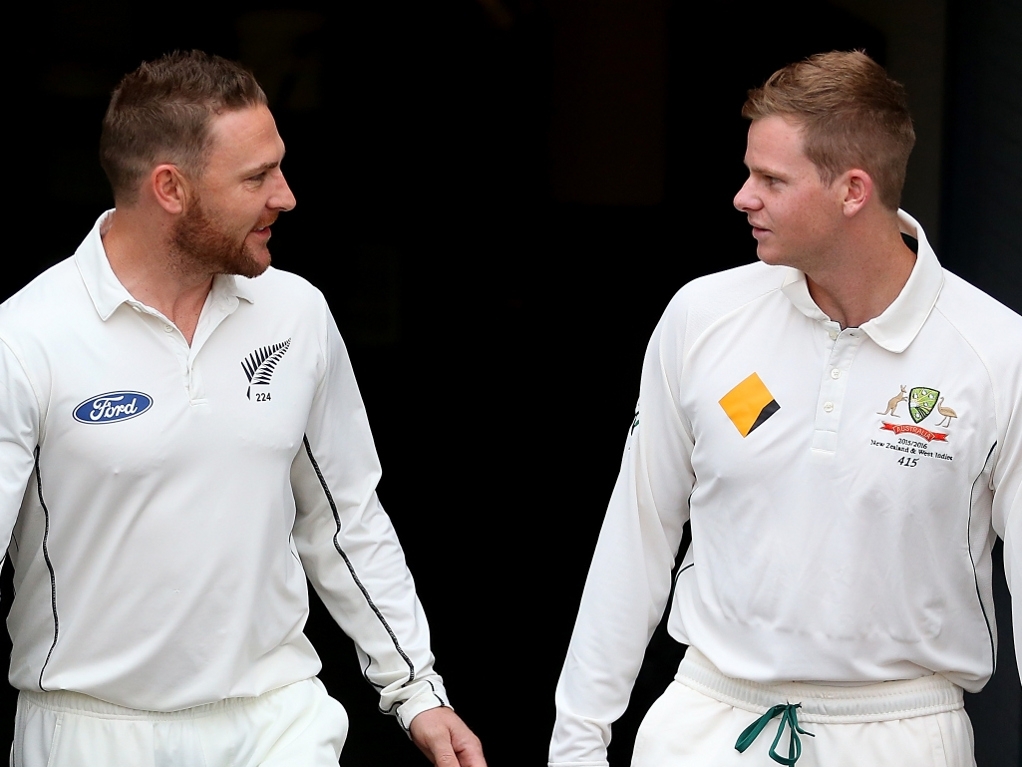 It's not often that past history between two countries becomes mostly irrelevant, but this first Test between Australia and New Zealand in Brisbane could almost be considered Ground Zero.

The statistics do not make for happy reading for the Black Caps. They have only ever won three Test series against Australia, the last of which was in 1990, and the last time they won a series in Oz was in 1985.

The last time the sides faced each other was in 2011, when New Zealand won in Hobart, but before that they went 23 Tests without a win against their Antipodean neighbours. This ground, the 'Gabba, has not seen a Kiwi side win in 30 years.

But all that history may be for nought this time, as the Black Caps have not lost a series in two years, and Australia are a shadow of their former selves. The current Aussie team has fewer caps in total than the five players who retired after the Ashes.

Oz skipper Steve Smith has never even played a Test against New Zealand, let alone captained a side against them, while Kiwi captain Brendon McCullum is probably the most well-respected leader in cricket right now.

All that may be irrelevant too, depending on which bowling attack gets the better of the Brisbane deck. It's set to be fast and bouncy, meaning the home bowlers, led by Mitchell Johnson, will be in their element.

New Zealand's top order, held together by the experienced Kane Williamson, Ross Taylor, and McCullum, will need to be very aware of where their off stumps are, as well as their outside edges, given the swing that can be found here.

The Kiwi pacemen in Trent Boult and Tim Southee, probably the most feared pace pairing these days, will be equally excited, especially as the Aussie top order is so fragile.

Twice-capped Joe Burns will open with David Warner, who has been injured for weeks, while Adam Voges needs to find form and soon. Usman Khawaja, meanwhile, will be feeling the pressure to cement his place after yet another lifeline.

It has been confirmed that Doug Bracewell will be the third seamer for the Kiwis, while Peter Siddle has been named 12th man and Josh Hazlewood preferred to play alongside Johnson and Starc.

For Australia, all-rounder Mitchell Marsh could prove pivotal. His pace and fitness will be relied upon in the heat as the fourth seamer, while his ability with the bat needs to come through strongly after a few glimmers in previous Tests.

The Black Caps will look to number three Kane Williamson for inspiration, especially after his half ton in the warm-up matches. He also can contribute with the ball, his off-spin often proving Golden Arm-ish.