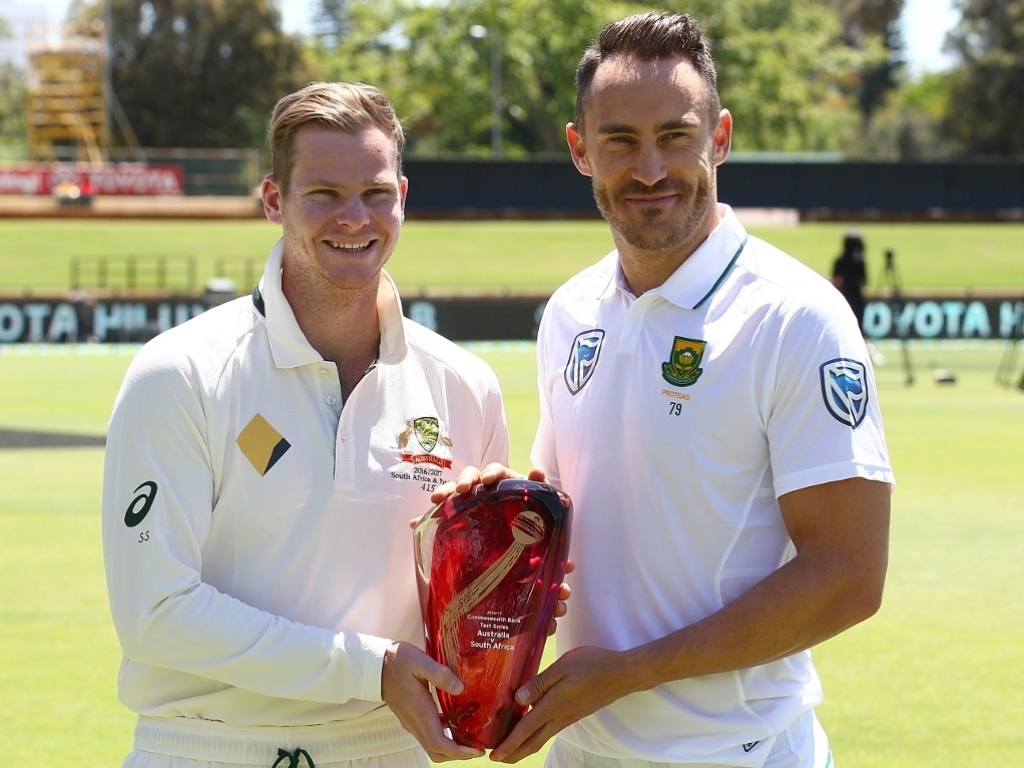 The much-anticipated first Test between Australia and South Africa has arrived at last, and the Proteas will be eager to repeat the success they enjoyed in Perth four years ago.

The visitors have stated they are not thinking abut that 309-run win that sealed the series, but they will surely take some confidence from it, even without AB de Villiers this time.

Faf du Plessis leads the side in Oz for the first time and the pressure on him is immense, both as skipper and batsman. He and Hashim Amla will be expected to score big.

The sides are nicely matched, it must be said. Both have excellent batting top orders, and both have opening bowlers feared around the world. Steyn v Starc, Smith v Faf. It’s all very intriguing.

The Aussies have gone with Peter Siddle as their third paceman because of his experience at Perth, and against the Proteas, leaving Joe Mennie to carry the drinks.

This is a good move by the hosts for various reasons, not least of which is that Mennie was taken apart by most of these SA batsmen in the demolition of an ODI series recently.

The Proteas may have an edge in the bowling department in that their third paceman is Kagiso Rabada, the prodigy who has grown into his role superbly despite his young age.

Will the Proteas play a spinner? That is the question. The Aussies always pick Nathan Lyon, no matter the deck, so the visitors should pick either Tabraiz Shamsi or Keshav Maharaj to debut. But will they go with Morne Morkel’s pace instead?

The Aussies have the edge when it comes to opening batsmen. David Warner and Shaun Marsh are both in excellent form, while SA’s Stephen Cook has not found his feet Down Under yet.

And finally, all eyes will be on the players’ behaviour, with the ICC cracking down on ‘banter’ in the middle, though we still expect a fiery encounter.

For the Aussies, hometown hero Shaun Marsh will be looked to for the runs. He’s scored two tons in the Shield in the past fortnight, and his last Test knock was a century as well.

The Proteas will look to Hashim Amla, who scored a ton at the ground last time out. With De Villiers injured, Amla is the best hope of a huge score on a good batting deck.