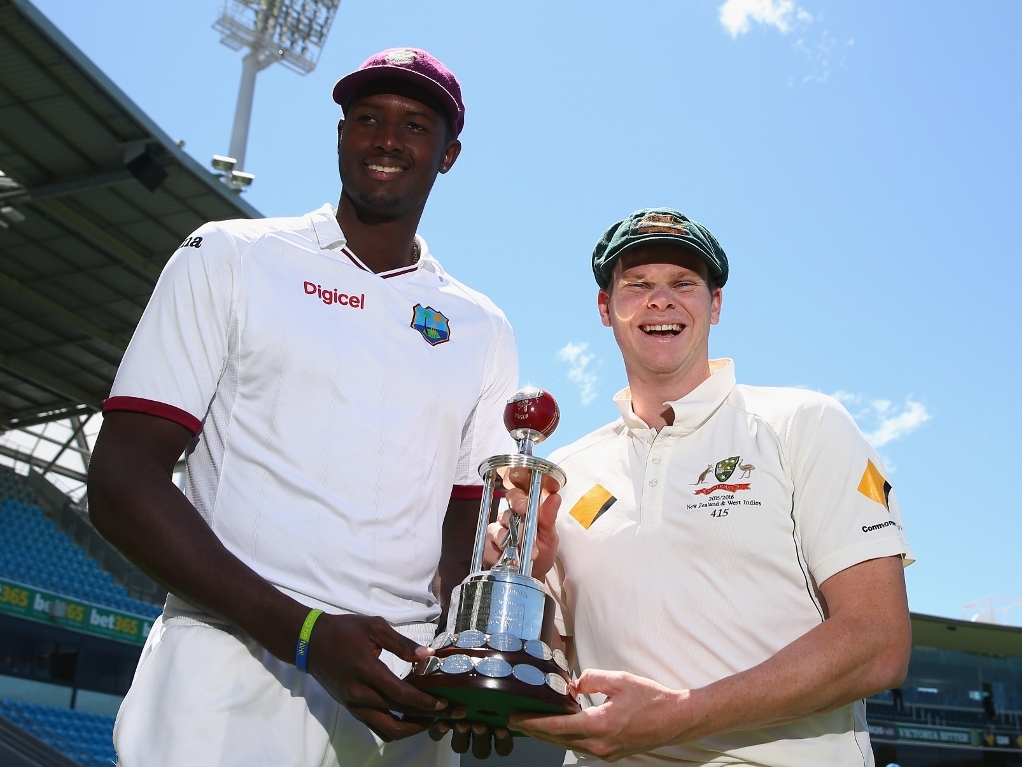 It's been six months since these sides last faced each other, but 12 years since the West Indies tasted a Test victory against Australia, and it seems to be a safe bet that this won't change in Hobart.

The Windies have been full of bluster ahead of this first Test at the Bellerive Oval, saying the pressure is on Australia to ensure the win as they've not lost a series to the Caribbean side in more than 20 years. True, but the Aussies like pressure.

The hosts come into the series on the back of a relatively easy series win over New Zealand, who were certainly more stringent opposition than the Windies appear to be. Neutrals will be cheering for the visitors, but probably in vain.

Australia have made just one change to the side that beat the Black Caps in Adelaide, bringing James Pattinson in for the injured Mitchell Starc, who is out with an ankle injury. Nathan Coulter-Nile is 12th man.

Australia's batting order will stay the same too, with skipper Steve Smith confirming that Peter Nevill will remain at seven, and Mitchell Marsh at six despite calls for them to be swapped around.

The Windies have brought the same side that lost to Sri Lanka in October, and are captained by Jason Holder, who has only played 10 Tests. Their efforts in the only tour match ahead of this Test will not have built confidence.

They lost by 10 wickets to a CA XI that featured six first class debutants, and all the pressure will be on the Windies fast bowlers to take early wickets and give their vulnerable batsmen their best chance.

By any estimation, Australia should wrap this match up before day five arrives, if they play to form, but the Windies have always been a side to be either abysmal or brilliant, and it would be way more fun for it to be the latter here.

For Australia, paceman Josh Hazlewood suddenly finds himself in a key role, with Johnson retired and Starc injured. Eyes will be on Pattinson too, to see if his fragile body holds up.

The Windies will look to their captain with both bat and ball. The all-rounder has a knack for taking wickets at opportune times, and more than once has saved an innings with his lower order exploits.