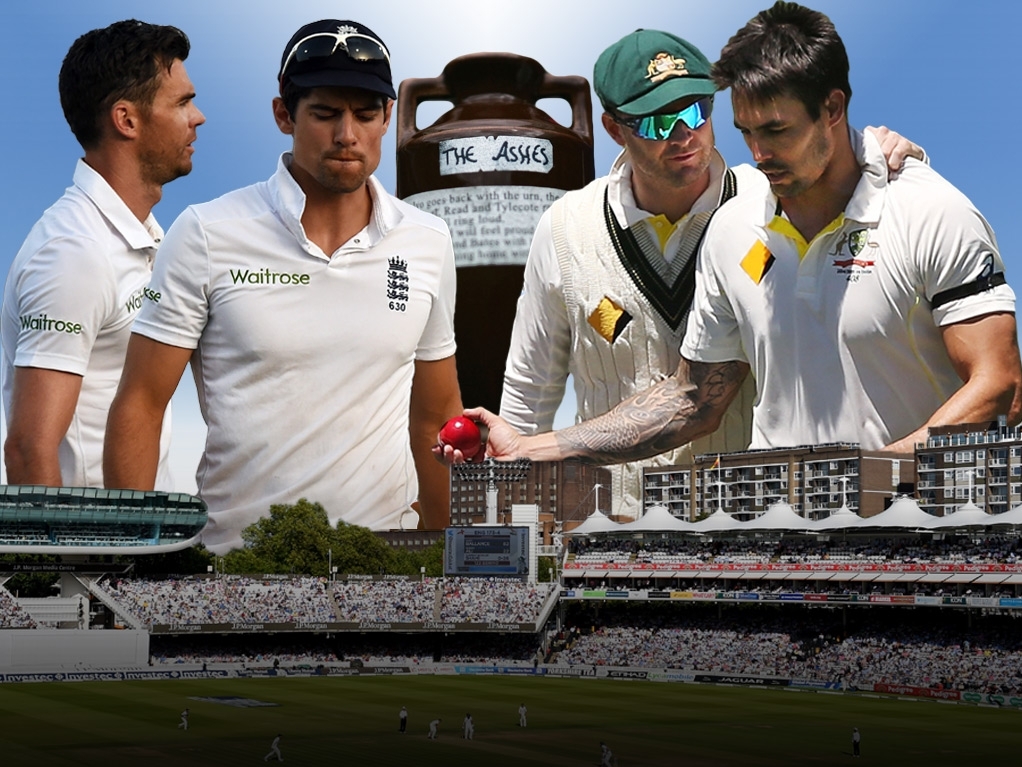 The last time Australia beat England in an Ashes series in the UK, back in 2001, most of the players on this current tour were barely in High School, and they will walk out in Cardiff expecting to fulfill a childhood dream.

There are quite a few Ashes debutants in both squads, and for England and Australia players, this contest, despite it being played almost annually these days, is the pinnacle. The pressure is on, especially for England.

The Aussies are the current holders of the urn, having won it in emphatic fashion in early 2014 by winning the series Down Under five-nil. But England won the previous series, in the UK, three-nil. Home ground advantage is real, despite form.

England have a new coach in Australian Trevor Bayliss, echoing the Aussies' situation the last time they were in England, when current coach Darren Lehmann took over from Mickey Arthur just two weeks before the series started.

Bayliss has not been with the players very long, but his assistant and friend Paul Farbrace has, and he's worked miracles with the ODI side. They beat an aggressive New Zealand recently, despite drawing the Test series, and England fans hope this new attitude carries into the Tests.

Alastair Cook is again at the helm, and the side is a mix of very experienced and almost no experience at all. Ian Bell, James Anderson and Stuart Broad will be under a lot of pressure to contribute and show the likes of Mark Wood and Gary Ballance the way.

The main question England face is who to pick as their spinner, with the choice between Moeen Ali and Adil Rashid. The latter is uncapped, and most feel it would be unwise to chuck him in at the deep end unless Moeen fails dismally with the ball. He also has the edge with the bat, given his century and two fifties in 11 Tests.

Of course, the deck at Sophia Gardens is not expected to take much turn, given the cloudy overhead conditions and good batting surface, so Australia's spin question is even trickier. Could they leave Nathan Lyon out completely and go with four front line pacemen?

If they do pick Lyon, one imagines either Peter Siddle or Josh Hazlewood will sit out, with Mitchell Starc almost certain to accompany Mitchell Johnson. The retirement of Ryan Harris has thrown a slight spanner in the works, experience-wise.

'Rhino' leaves a gap in the attack that Shane Watson seems to be expected to fill now, with bowling coach Craig McDermott hinting that Watson would keep his place ahead of Mitchell Marsh, despite the latter's twin tons in the two warm ups.

As for the top order, the selectors must decide whether Chris Rogers takes his place back from Shaun Marsh, despite missing the West Indies Tests due to a concussion. But there's no-one in the Aussie side more experienced in English conditions than Rogers, a long-time Middlesex captain.

For England, top order batsman Joe Root is the man to watch. He has been in wonderful for with the bat for the past year, and has been tipped by many a pundit to score the most runs in the series, even ahead of Steve Smith. He comes into the series on the back of two centuries and a half ton in the ODIs against the Kiwis.

Speaking of Smith, he is the top-ranked batsman in the world right now, and while Graeme Swann might find that ludicrous, statistics do not lie in this case. 'Devereux' has bagged five centuries in his past six Tests, and one in the warm-up against Kent too.