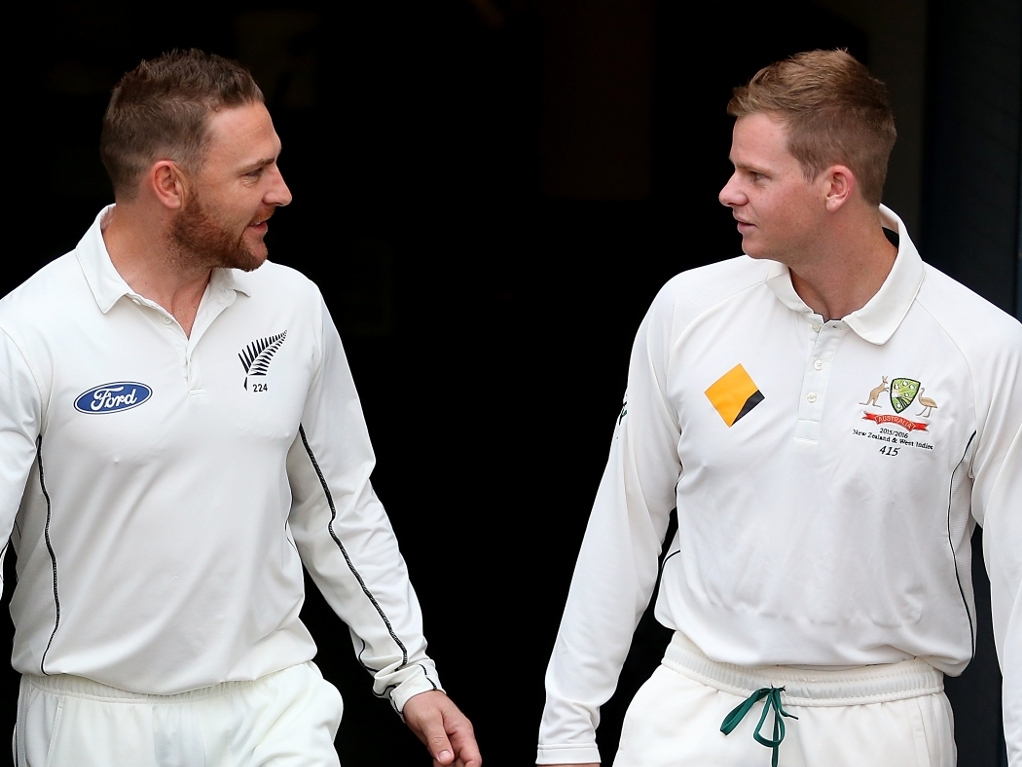 The first Test between New Zealand and Australia at the Basin Reserve in Wellington promises to be an intriguing one, with various plot points to look at, both on and off the field.

The sides come into the series on the back of a three-match ODI encounter, which the Black Caps won two to one. It was Brendon McCullum's final one-day series, and this will be his final two Tests before retirement.

The hosts have been vocal about wanting to send B-Mac off with a series win, and the last time they played here Mark Craig helped them towards victory. He will get the chance again, after being brought in to replace the injured Mitchell Santner.

The Basin Reserve is the only cricket venue in New Zealand on the National Heritage list, and is known for some closely fought encounters, which is reflected in the fact that five of the past 10 Tests there have been drawn.

The Kiwis haven't lost at this venue since 2010, so Australia will need to play out of their yellow socks to get a win, especially against a newly fit Tim Southee and pace partner Trent Boult.

The Kiwis are still without Ross Taylor to a side injury, but are set to hand a debut to top order batsman Henry Nicholls, who has impressed in recent shorter format matches.

The visitors must win this game to keep their chances of ending the rankings 'year' at number one. They must win the series to claim the Test mace on 1 April. As it stands, India are the top-ranked side, after South Africa lost to England recently.

Speaking of rankings, Australia skipper Steve Smith and soon-to-be New Zealand captain Kane Williamson will continue their battle for the top Test batsman spot. They are one and two respectively, with Williamson just 10 points adrift.

The Aussies are going to give paceman Jackson Bird his first Test appearance since 2013, given his discipline and swing, picking him ahead of James Pattinson for this match. Peter Siddle and Josh Hazlewood are the other pacemen.

For the hosts, all eyes will be on McCullum in his final Test at the venue. He is 100-odd runs shy of becoming the leading run-getter at the venue, and will want to keep his side's unbeaten run here this decade going.

The Aussies have Usman Khawaja in their ranks, one of the most in-form players in the world right now. He has been racking up the runs in all formats with ease, and will hope to do so here as they seek the Test Mace.