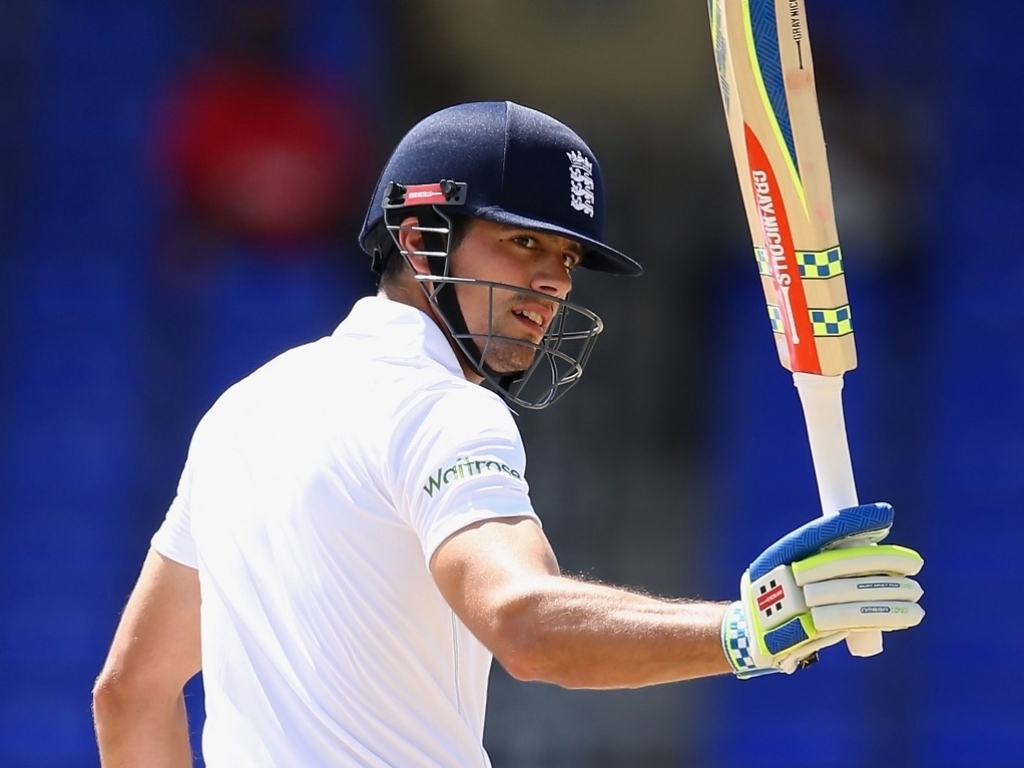 After months and months of limited-overs cricket, and amidst the madness that is the IPL, we return to some Test cricket action, with England looking to find some form against the West Indies, the perfect opposition for it.

The last time the sides played a Test series in the Caribbean, a five-match affair in 2009, it saw the Windies win one-nil and the other four drawn. One of those games was at this venue in Antigua, which was abandoned due to a dangerous outfield after just 10 deliveries.

Both sides are in relative disarray off the field, with the Windies still reeling from the contract talks and disruptions to their team. England come in off the back of World Cup disaster, and boardroom shufflings.

On the bright side for England, they are back to the format they appear most comfortable in, and have skipper Alastair Cook back at the helm, having been dropped fro the ODI side and Eoin Morgan failing to capitalise.

Cook scored a century in the warm up against a St Kitts XI last week, with some saying he's back in form and other opting to wait and see, given the opposition's bowling stocks were hardly challenging.

Also back in the fold is batsman Jonathan Trott, though there he will bat, if he's picked, remains to be seen. Uncapped Adam Lyth is in the squad as opener after a sterling County season, while Trott was tested out against St Kitts.

Bowling-wise, senior pacemen James Anderson and Stuart Broad will be keen to make up for their below-par performances at the World Cup, while Liam Plunkett is once again available after his injuries kept him away.

There are two uncapped bowlers in the side, namely Mark Wood and Adil Rashid, though the latter seems more likely to get a start. Wood has to fend off the likes of Ben Stokes and Chris Jordan, who come in with more batting power.

The Windies, meanwhile, are without Chris Gayle and Sunil Narine, two of their best players the last time they ran out here, in 2012. Both are at the IPL, with Gayle saying his back wouldn't handle five days yet. Narine only recently got cleared after his illegal bowling action ban.

Their batting order will be led by the very experienced Shiv Chanderpaul, by far the oldest man on the field, while Darren Bravo's return is also a welcome one. Kraigg Brathwaite will hope to add to his impressive Test record in recent months.

Their bowling department is what should do the trick for them though, with Kemar Roach taking a five-fer here last time out, and Jerome Taylor also impressive. Sulieman Benn is the spin threat, while leggie Devendra Bishoo could play his first Test in three years.

For England, they will look to batsman Joe Root for inspiration. He was one of their better players at the World Cup, and has over the last year or so become many people's pick for skipper. If he does well and Cook doesn't, those fans might get their wish.

The Windies need all-rounder Jason Holder to fire with bat and ball. The ODI skipper had a rollercoaster World Cup but generally did quite well, and his lower order runs could come in very handy, as well as his high arm action when he bowls.

Tight. Both sides are pretty low on confidence, but one has to imagine England should be able to use their money and experience, as well as a few more world class players, to eke out a win.