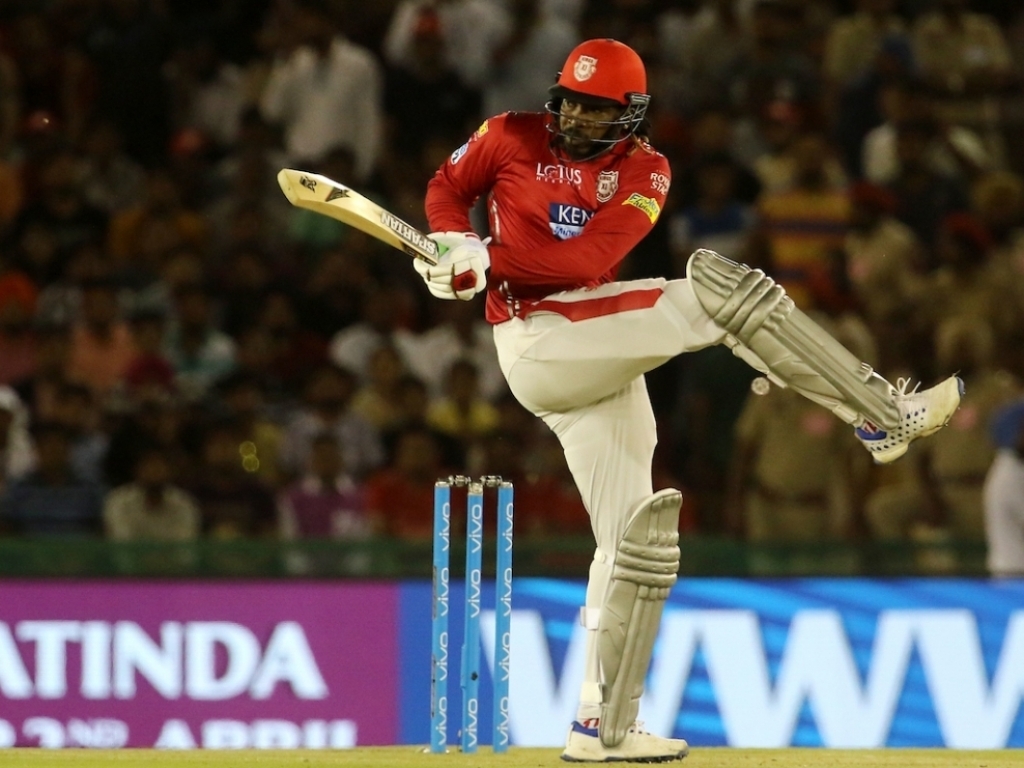 In a day of surprises the Kings XI Punjab defeated the form team of the Indian Premier League so far the Sunrisers Hyderabad by 15 runs in Mohali.

The Kings XI won the toss and against all odds chose to bat first, a decision vindicated by a vintage display from Universe Boss Chris Gayle.

Gayle, already the IPL’s leading hundred maker, smashed a brilliantly brutal 104 not out to power the hosts to 193 for 3 in their twenty overs.

The rest of the Kings XI batting lineup were reduced to supporting roles with Karun Nair’s 31 being the next highest score.

Only Bhuvneshwar Kumar (1/25) got through relatively unschathed while Chris Jordan’s first IPL match of 2018 was a forgettable one as he went wicketless conceding 31 from his four overs.

In replay the Sunrisers initially lookd on course for victory but the loss of Kane Williamson for 54 seemed to derail the run chase.

Earlier the away team had lost openers Wriddhiman Saha (6) and Shikhar Dhawan (retired hurt for nought) in the opening exchanges of the chase.

Despite a fighting fifty from Manish Pandey (57*) the Sunrisers fell 15 runs short of victory having failed to keep up with the rate required.

Andrew Tye’s variations would prove to be the difference with the Aussie returning figures of 2/23 including the wickets of Williamson and Deepak Hooda (5).