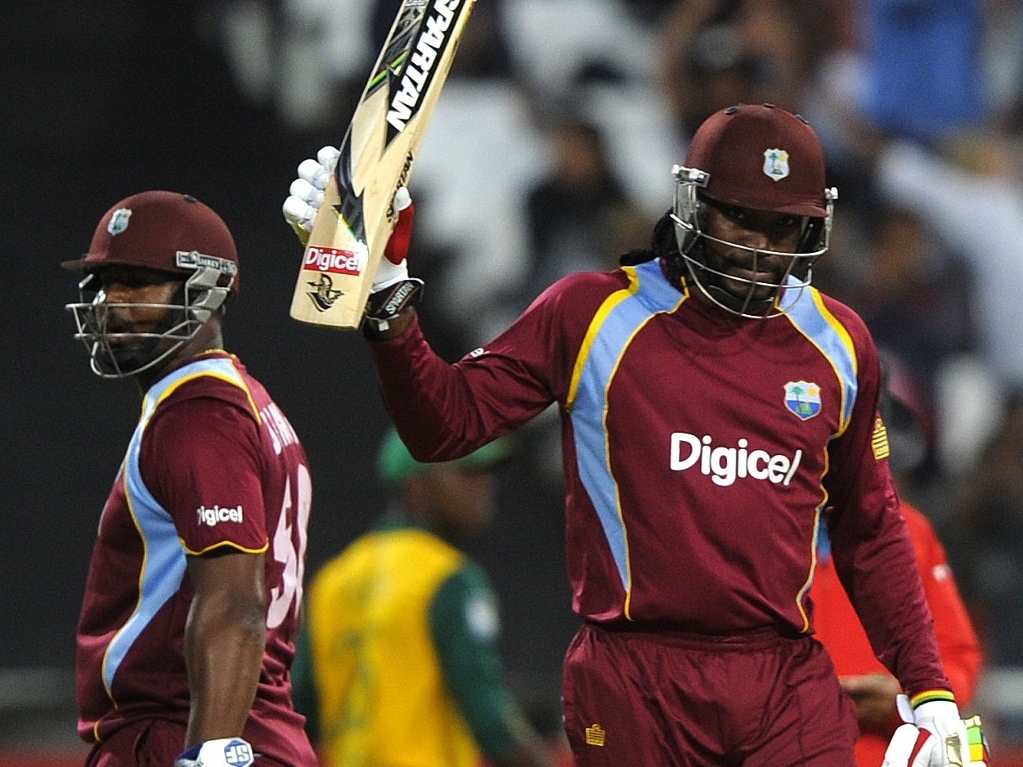 The West Indies showed how comfortable they are in the shorter formats compared to Tests by winning the first T20 against South Africa by four wicket on Friday, with Chris Gayle returning to massive effect in Cape Town.

Gayle scored 77 runs, his fifty coming off just 17 balls, as he helped his side chase down the 166 target set by the hosts. They had made 165 for four, thanks in large part to a half ton from Rilee Rossouw.

The Proteas, an inexperienced line-up with many key players rested, won the toss and opted to bat, and were soon two down for 33 as Morne van Wyk and Reeza Hendricks were out in the teens.

This left Rossouw and Faf du Plessis to keep the side together as the top guns of Hashim Amla, AB de Villiers, and JP Duminy were not in the side. Du Plessis went well for 20 balls, hitting two sixes on his way to 38

But once he was removed by Andre Russell, the scoring slowed again as Rossouw had to contend with a new partner. David Miller made one of those frustrating cameo scores, adding 24 before falling once he was set.

Rossouw brought up his fifty off 40 balls and was not out on 51 at the end, with Farhaan Behardien hitting a single boundary in his 18 runs at the death. The Windies bowlers did a good job of keeping the Proteas contained.

The Windies' chase was made easier by the fact that in the absence of Dale Steyn and Morne Morkel, the attack looked toothless. Gayle and Dwayne Smith went at more than 10 to the over, though it must be said that Smith spent a lot of time watching the ball flash back over his head.

Gayle's fifty was the fastest in T20s by a West Indian, an he was already past 50 when Smith was out to Imran Tahir for 20. The leg-spinner was delighted to break the stand and did his usual run to the boundary in celebration.

Gayle was eventually out for 77, off 31 balls, when he tried to reverse sweep Tahir and only succeeded in edging it to stand-in keeper Van Wyk. Dwayne Bravo followed soon afterwards, for eight, to Wayne Parnell.

But it was far too late, a band-aid on a gunshot wound, as Marlon Samuels made 41 off 32 balls to put them within a handful of runs. He was out to Tahir, whose celebrations were amusingly out of proportion given the match situation.

The Proteas did take a few more wickets before the death, with Parnell getting a second by bagging Russell with five runs to go, and Denesh Ramdin falling with two more runs needed. The pony-tailed paceman went for 39 runs in his four overs, while Kagiso Rabada went for 38 without a wicket.