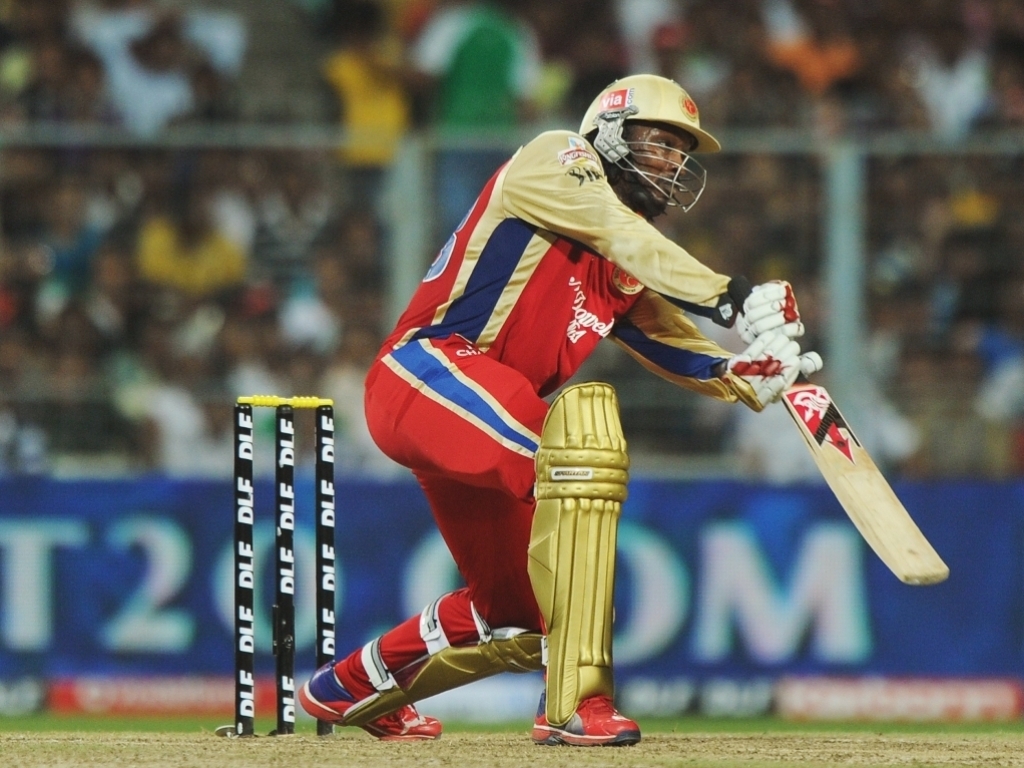 The West Indian powerhouse was in rare form in Bangalore on Wednesday, smashing 12 sixes and seven fours in a 117-run innings that came off just 57 balls, as RCB ended on an imposing total of 226/3.

When he struck the boundary that brought up his hundred, Gayle celebrated in dramatic fashion, skipping, turning in midair and extending his arms out in triumph – a tip of the hat to football star Cristiano Ronaldo's post-goal celebrations, he revealed afterwards.

Gayle was eventually dismissed, but by that time AB de Villiers was ready to assume the leading role, and the South African's quickfire 47 off 24 deliveries – which included four lusty blows for six – helped ensure the RCB total would be a formidable one.

Earlier, Virat Kohli also added 30 runs at better than a run a ball, as the RCB top order all got in on the action.

The Kings XI Punjab bowlers all took a serious pasting, but the figures of Anureet Singh stood out. Somehow, the medium-pacer managed to go for only just over six runs an over from his quota. Had it not been for his contribution, RCB's total might well have surpassed 250.

As it was, 227 was always going to be a tough ask for Kings XI to chase down, and the writing was more or less on the wall after the first few overs.

David Wiese got the ball rolling with a superb catch diving in front of him to dismiss Manan Vohra off the bowling of Mitchell Starc, while Murali Vijay was bowled by Harshal Patel only minutes later.

Sreenath Aravind then got in on the act, dismissing Glenn Maxwell, Wriddhiman Saha and David Miller, as the wickets continued to tumble at an alarming rate.

Starc and Aravind would both pick up four wickets as Kings XI were dismissed for a lowly 88, and only Axar Patel's unbeaten 40 off 21 deliveries narrowly prevented the visitors from losing by the biggest margin in the history of the IPL.