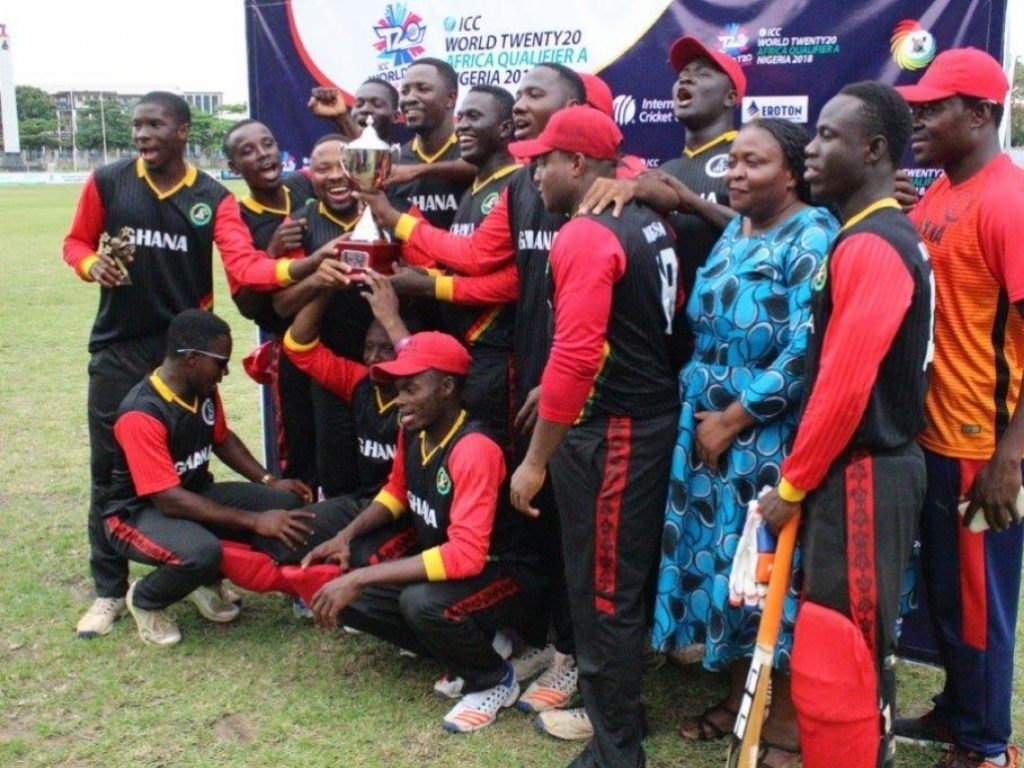 Ghana finished off a wonderful week at the ICC World T20 Africa Qualifier A tournament on Saturday, as they defeated Nigeria by four wickets in the last match at the Tafawa Balewa Square Cricket Oval in Lagos.

The Ghanaians who had defeated the hosts in a last-over thriller days ago, won a lot more comfortably on Saturday, to finish as the only undefeated side in the competition.

As a contest, the match was doomed after just one ball of the match, after Ghana had won the toss and elected to field.

Nigerian skipper Chimezie Onwuzulike, coming off some excellent form, was dismissed off the very first ball of the innings, and that mortal blow was one that Nigeria could never recover from.

Sylvester Okpe’s 25 at least saw them breach the 50-run mark, but the capitulation emphasised just how much the Nigerians had leant on the bat of their skipper.

Kofi Bagabena was the hero with the ball, as he snared four for 22 in his spell of 3.3 overs, wrapping up the tail with efficiency.

Julius Mensah, behind the stumps, had a fine day, as he helped himself to six dismissals with the gloves that included a run  out.

To add to that fine glove-work, he then blazed 20 from just seven balls, to kill any sniff of a Nigerian miracle.

Samson Awiah also struck a handy 26, to guide the side home to a victory that they will savour.

They have set the standard in the week, and they will go into the next phase of qualification with their confidence renewed by a string of good team performances.

Earlier in the day, the improving Sierra Leone signed off their tournament on a happy note, as they proved too good for The Gambia, who finished at the bottom of the table, with significant lessons taken during the week.