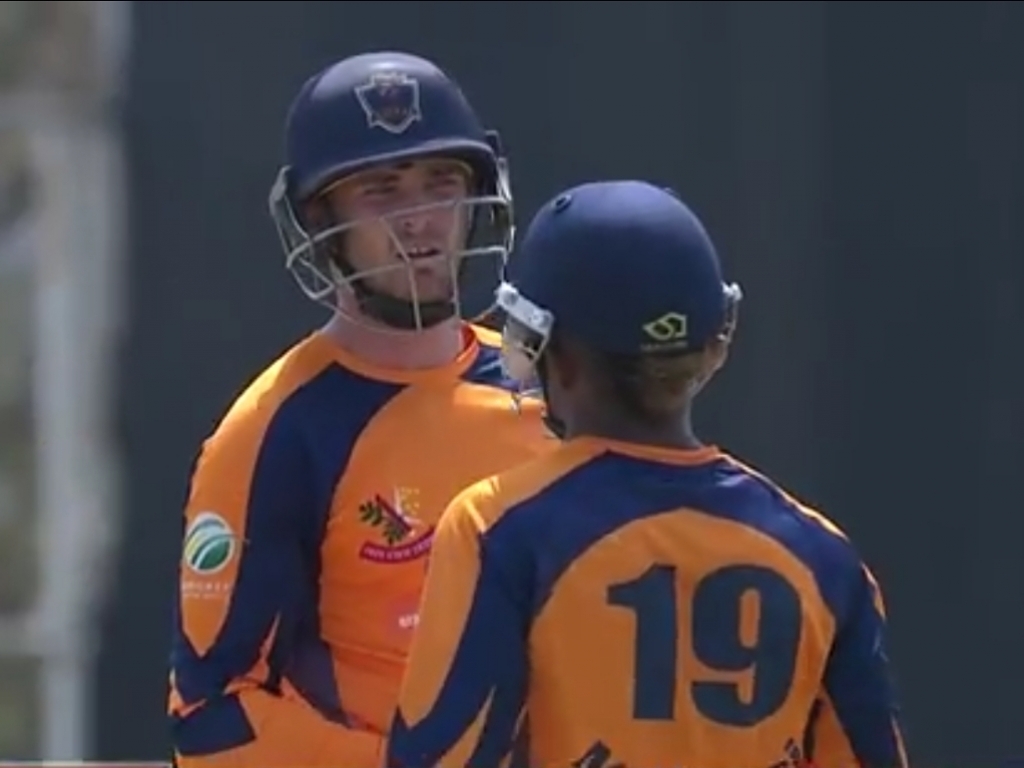 An unbeaten half-century by Andries Gous helped the Free State Team give their Africa T20 Cup semi-final prospects a boost after a vital nine-wicket bonus-point win over KZN Coastal in their Pool C clash at the Diamond Oval in Kimberley on Saturday.

Both sides had lost their opening matches on Friday, meaning the loser would suffer early elimination and it was the men from Durban that ended the game in disappointment.

KZN gave themselves little chance after posting a modest 120/7 after they had lost the toss and were asked to bat first.

Vaughn van Jaarsveld top-scored with 40, with Khalipha Cele (25) and Calvin Savage (22) the only two others to reach double figures.

It was a second successive below-par batting display from the coastal side, who could only manage 128/7 the day before.

Shadley van Schalkwyk (2/26) and Corne Dry (2/28) managed two wickets apiece for the Free Staters, who then wasted little time in knocking over KZN.

Gous plundered four sixes and six fours in a 49-ball 71, putting on 90 for the first wicket alongside Karabo Mogotsi (29).

That partnership proved vital in setting FS on their way to a comfortable win – with 27 balls to spare.