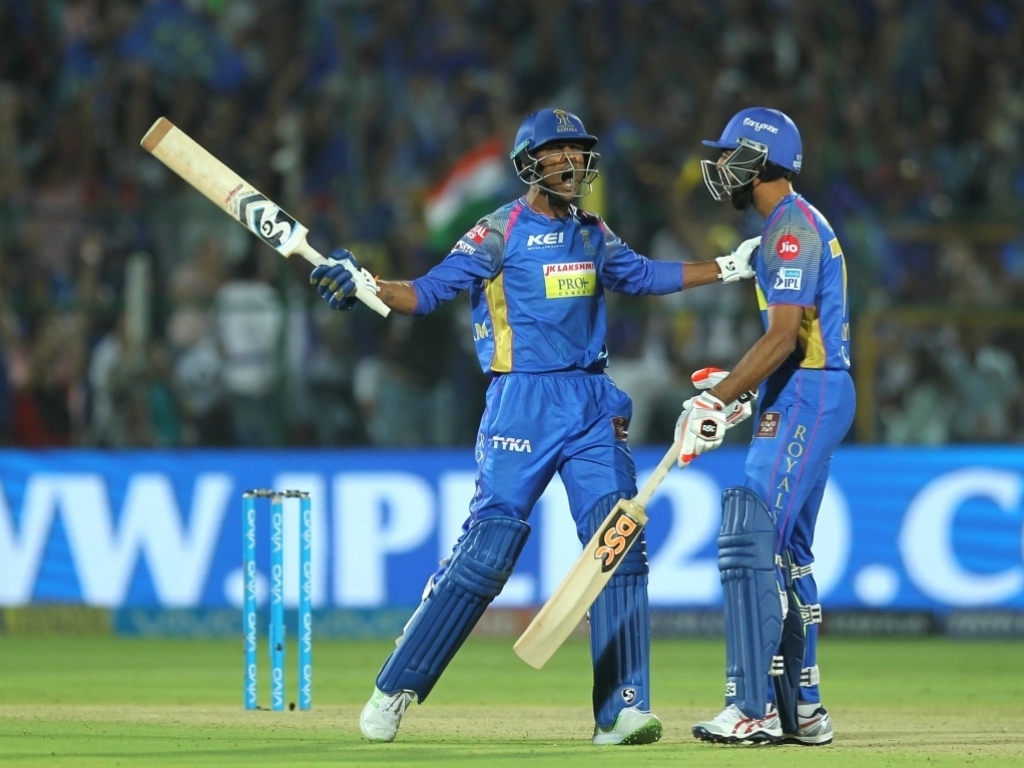 Krishnappa Gowtham was the hero as the Rajasthan Royals beat the Mumbai Indians by three wickets in an Indian Premier League (IPL) clash in Jaipur on Sunday.

Chasing a target of 168, Gowtham walked in to bat at number eight with Rajasthan still needing 43 off 17 balls and Mumbai firm favourites at that stage.

The right-handed Gowtham though never stuck to the script and proceeded to smash 33 not out off just 11 deliveries, including hitting the winning six, as the Royals reached their target with two balls to spare.

Sanju Samson (52) and Ben Stokes (40) were the other major contributors for the Royals to set the platform for Gowtham to finish things off at the end.

Jasprit Bumrah (2-28) and Hardik Pandya (2-25) looked to have won the game with the ball for the Mumbai but they just came up short in the end.

Earlier, Mumbai’s total of 167/7 was largely thanks to fifties from Suryakumar Yadav (72) and Ishan Kishan (58) but the visitors collapsed from 134/3 to only post a par score on a decent pitch.

Rajasthan’s fightback with the ball was started by Jofra Archer, who was making his IPL debut, as the West Indian claimed figures of 3-22 in his four overs.

The victory moved the Royals to six points from six games with three wins and three losses while Mumbai suffered their fourth defeat in five matches.