Home News Gujarat have no answer to AB, Virat show

Gujarat have no answer to AB, Virat show 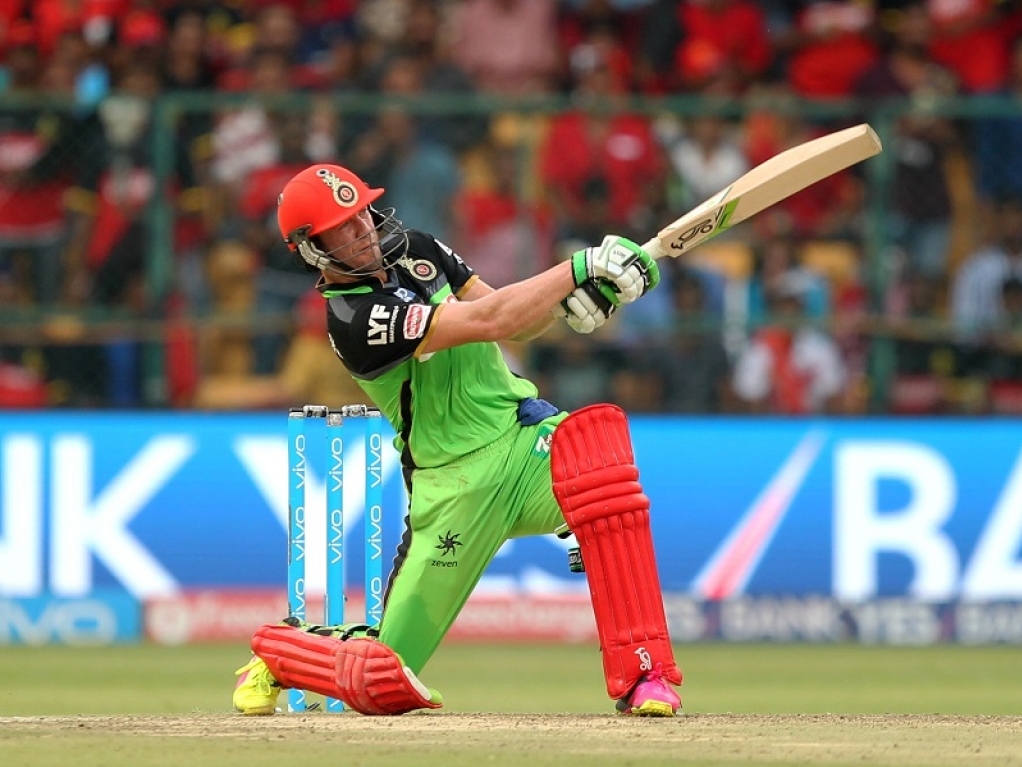 The two modern-day greats shared in 229-run partnership for the second wicket that took the Royal Challengers to a mammoth total of 248 for three in their 20 overs.

The dynamic duo came together in the fourth over after Chris Gayle was bowled by Dhawal Kulkarni for six to continue a poor run of form in the tournament for the West Indian.

Kohli hit 109 off just 55 balls while De Villiers smashed his way to an unbeaten 129 from 52 balls with both players matching each other shot for shot against the hapless Gujarat attack.

The target of 249 was always going to be stiff one for the visitors and they never really got going as they were bundled out for 104 in 18.4 overs.

England seamer Chris Jordan was in rampant form with the ball taking for 11 in three overs while legspinner Yuzvendra Chahal chipped with three for 19 off four overs.

The emphatic victory was much-needed for the Royal Challengers as they continue in their pursuit of the play-offs.

Gujarat will have to put the big loss behind them and get back on track as they look to secure a spot among the top contenders in the maiden IPL season.