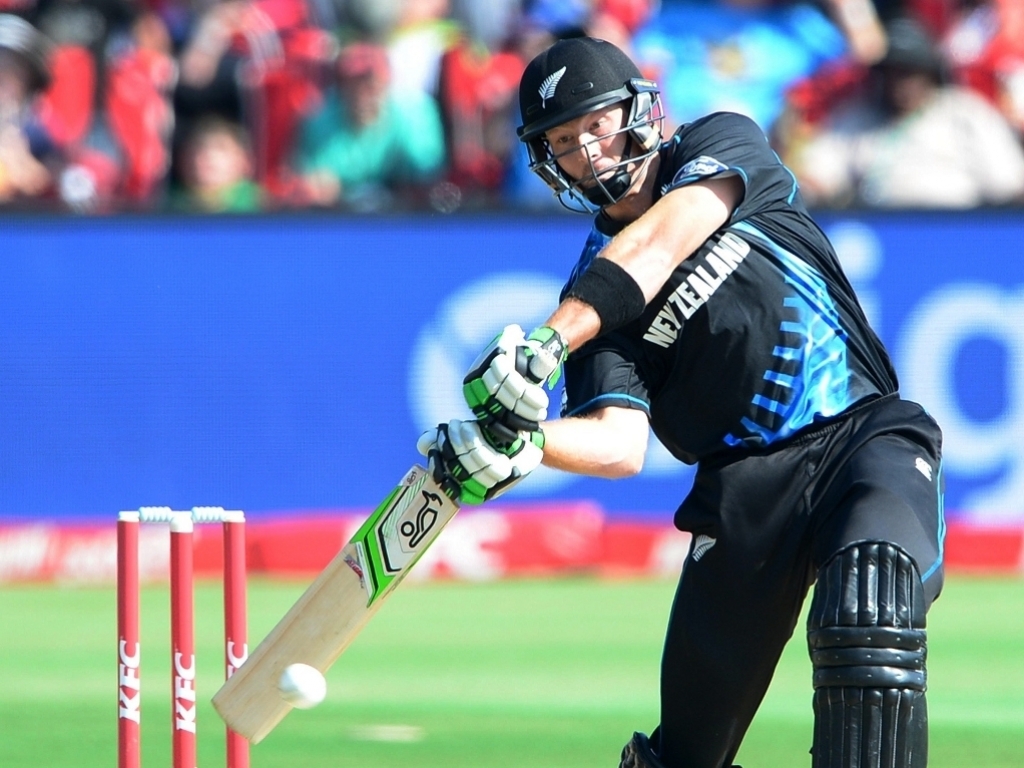 A century from Martin Guptill and a five-fer from Matt Henry saw New Zealand beat Sri Lanka by 36 runs in the fifth ODI on Tuesday, thus giving the Kiwis a three-one series win.

Guptill's 102, along with scores of 61 from Kane Williamson and Ross Taylor, saw the Black Caps to 294 for five. Sri Lanka were then all out for 258, with Henry taking five and Trent Boult three.

Sri Lanka won the toss and chose to field at the Bay Oval. Nuwan Pradeep struck in the first over, removing Tom Latham for a duck, providing a false sense of security given what was to come.

Guptill and Williamson put on 122 runs together over the next 23 overs, with Guptill's half ton coming off 55 balls, and Williamson's off 64. Tillakaratne Dilshan broke the stand, getting Williamson caught behind.

Taylor then joined Guptill and they took the score from 125 to 206, before the latter was out for 102. He had used 109 deliveries, including three sixes and nine fours.

Taylor's 61 stretched until the 47th over, and after that Mitchell Santner smashed 21 off 11 balls, while Luke Ronchi amassed 37 not out off 31 balls.

Sri Lanka's chase started poorly as they were three down for just 33. Dilshan, Lahiru Thirimanne, and Danushka Gunathilaka were all out cheaply, leaving Dinesh Chandimal and Angelo Mathews to rescue the knock.

The senior pairing did well, with Chandimal making 50 and Mathews 95, but they were unable to see it through. Once they were out, only a 39 from Milinda Siriwardana showed application, and Boult took the final wicket in the 48th over.