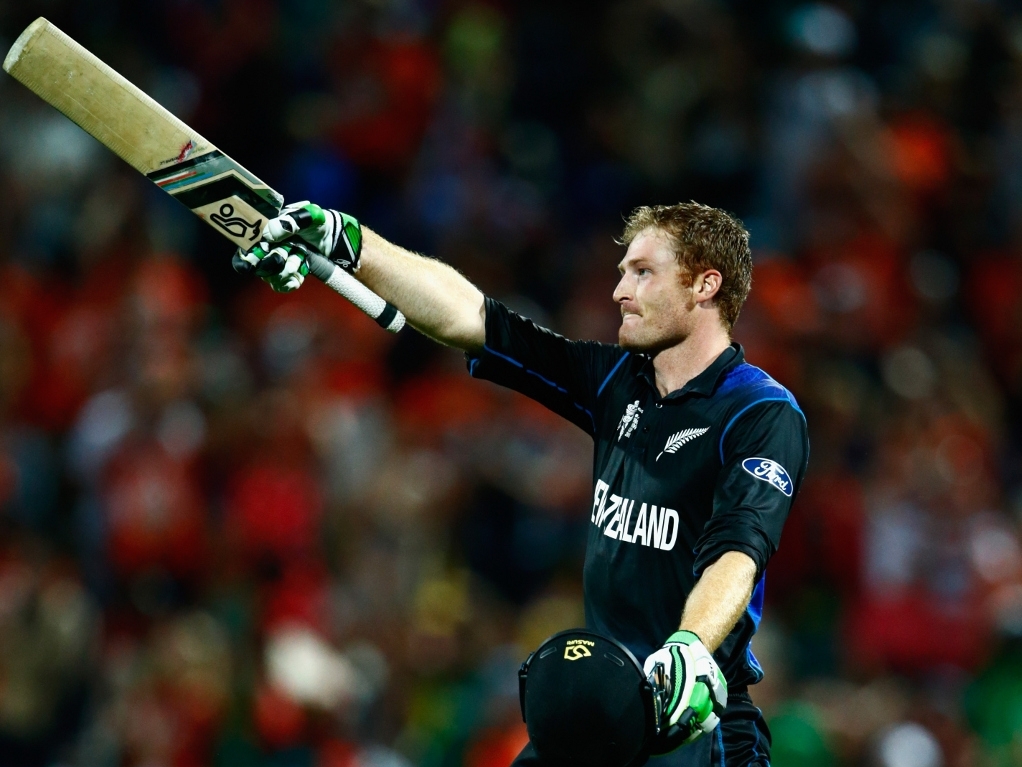 New Zealand gave themselves a bit of a scare against Bangladesh on Friday, needing 289 to win in Hamilton, but despite a flurry of late wickets they managed to win by three wickets and remain unbeaten.

A century from Mahmudullah, his second in as many games, saw the Tigers recover to record 288 for seven, and then a century from Martin Guptill set up the chase. But Shakib's four wickets provided a flutter of nerves, before Dan Vettori saw them home.

The Black Caps won the toss and opted to field, trusting their pacemen to keep the score nice and low for a sixth win on the bounce. Trent Boult did his part early on, removing both openers inside 30 runs.

Soumya Sarkar and Mahmudullah then steadied the ship, putting on a 90-runs stand as Sarkar recorded his maiden ODI fifty. He was out for 51 though, to Vettori, leaving Shakib to continue with Mahmudullah.

The stand-in skipper was out for 23, one of two Corey Anderson wickets, and Sabbir Rahman made 40 to push the score to a defendable level. Mahmudullah was on 128 not out at the end, off 123 balls.

The chase  started off poorly for the hosts as they lost Brendon McCullum and Kane Williamson, both for single figures to Shakib. Guptill was thus required to find some form and soon, with Ross Taylor holding steady at the other end.

The pair added 131 runs together over the next 25 overs, seemingly making the chase an easy one. But as they had against Scotland and Australia, a late flurry of wickets made things much tighter than they needed to be.

Guptill was out for 105, and Taylor was bagged by Nasir Hossain for 56, so Anderson and Grant Elliott were tasked with reducing the deficit. They made 39 each, but could not see the side home as Shakib, Rubel Hossain, and Nasir Hossain struck.

Vettori used his considerable experience to take the pressure off though, hitting a few boundaries to make 16 not out and see the Kiwis to victory with seven balls to spare.

As a result, Bangladesh will probably face India in the quarter-finals, while the table-topping Kiwis will face either Pakistan, Ireland or the West Indies.