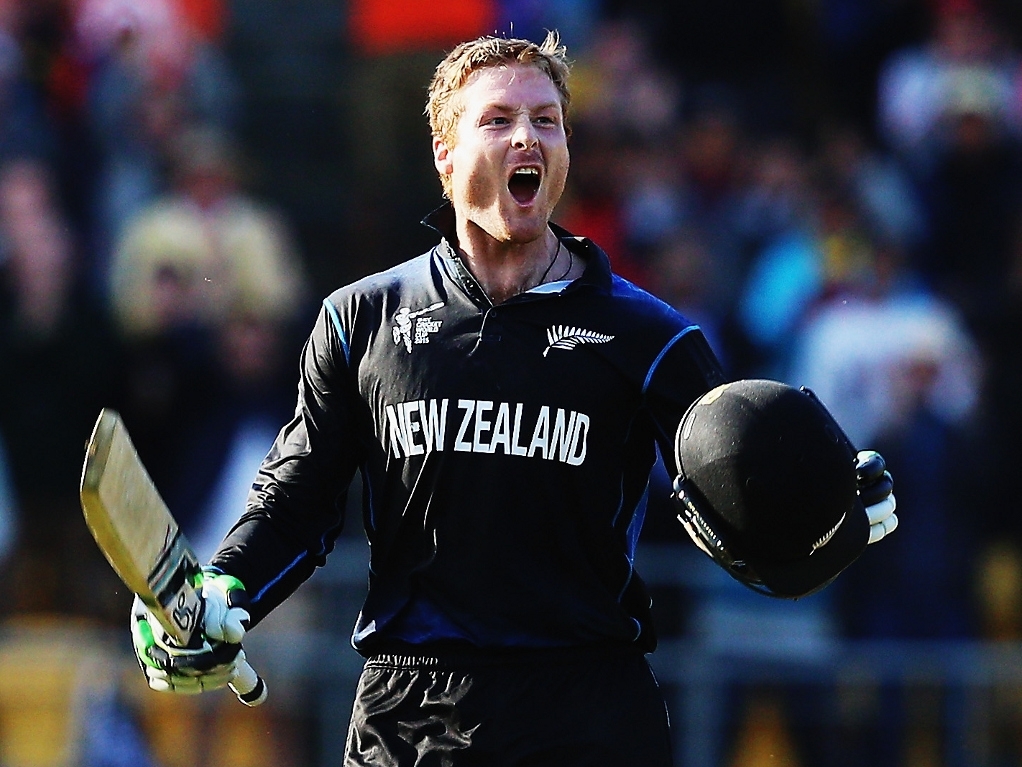 New Zealand made light work of the West Indies in Wellington on Saturday, winning their quarter-final by 143 runs after Martin Guptill smashed the World Cup score record, making 237 not out.

The Kiwis will thus face South Africa on Tuesday, both will be first-time finalists, having recorded 393 for six in their 50 overs. The Windies scored quickly but lost regular wickets and were all out for 250 in the 31st over.

The hosts won the toss and opted to bat on the true batting deck, and despite the loss of Brendon McCullum for 12, they quickly advanced the score. Guptill actually started quite slowly, his fifty coming off 64 balls.

But as He was aided by Kane Williamson (33) and Ross Taylor (42) he picked up the pace. His century came off 116 balls, but his next 100 runs were scored off just 36 balls. The double ton was the first by a New Zealander in ODIs.

His next milestone was beating the World Cup record, which was scored in this tournament by Chris Gayle. Guptill passed the 215 mark, and wen ton to record 237 not out off 163 balls, including 11 sixes.

The Windies needed to go like the clappers from the start, and Gayle did try to do that, despite being very limited in his movements thanks to his bad back. But while he raced to a fifty off 26 balls, the wickets tumbled.

Trent Boult took four wickets in quick succession, from Johnson Charles at the top to Denesh Ramdin in the middle. Marlon Samuels was removed thanks to a brilliant catch on the ropes by Dan Vettori, one handed and leaping to snaffle a probable six.

The lower order did try to keep the runs flowing, but once Gayle was out for 61 off 33 balls, the chase was doomed. Darren Sammy, Andre Russell and Jason Holder all hit some lusty blows, but the Kiwis were too strong overall.