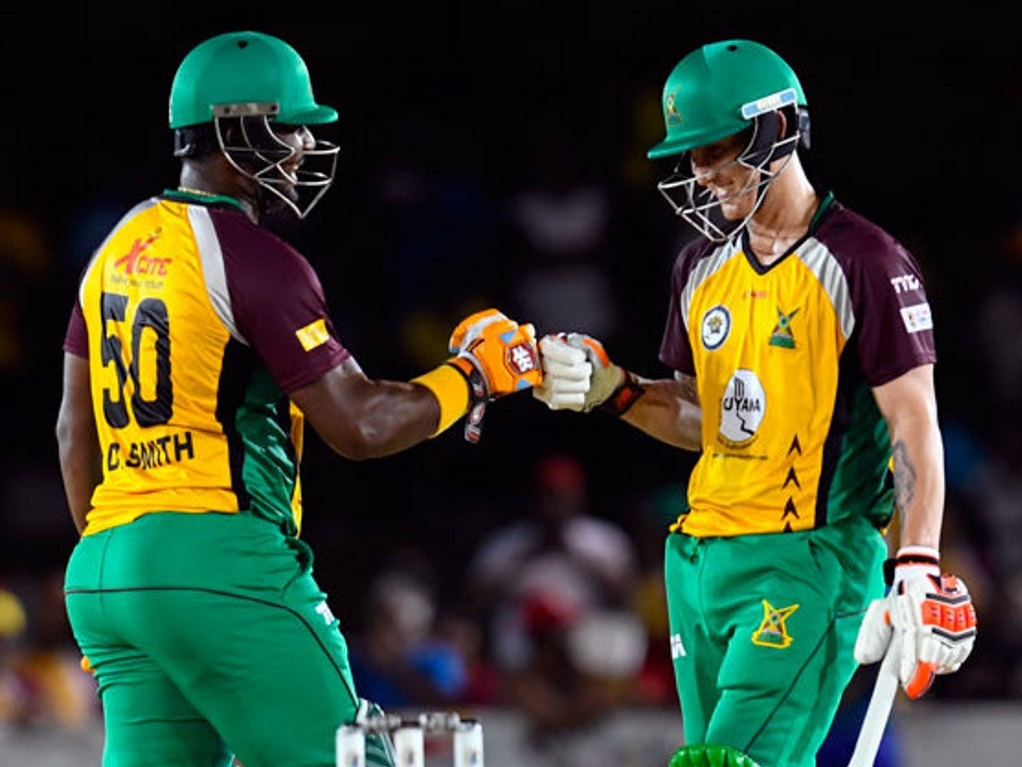 The Guyana Amazon Warriors have secured a spot in the knockout stages of the Caribbean Premier League with a stunning six-wicket victory over the Barbados Tridents in Lauderhill, Florida.

Despite being presented with a very good batting surface, the Tridents struggled with the bat, setting a total that was ultimately uncompetitive. A clump of wickets in the middle of the Tridents innings saw them lose all momentum with Sohail Tanvir and Rayad Emrit the chief destroyers.

The Tridents got off to a brisk start despite the early loss of Ahmed Shehzad inside the batting PowerPlay. Throughout this year’s CPL the Tridents have struggled to get off to a quick start and they made the decision to promote David Wiese to number three to inject some pace into the innings.

It was a move that worked as Wiese hit 40 off 31 balls, his highest score in CPL matches. Wiese put on a 48 run stand with Shoaib Malik as the two of them built an excellent platform from which the powerful Tridents middle order could launch.

Unfortunately for the Bajan team when Wiese departed caught in the deep by Chris Lynn it began a procession of Tridents wickets as no one could stay and support Shoaib who made 55 not out.

By the time Raymon Reifer was brilliantly caught by Adam Zampa off his own bowling the Tridents had lost five wickets for 26 runs in the space of 33 balls.  Having had such a good start it was a remarkable collapse on an excellent Lauderhill pitch.

Shoaib remained undefeated at the end of the innings and if he had some support from his teammates he could have anchored a total of around 180. As it was the Tridents limped to 142-7 with Shoaib hitting the last ball of the innings for a six.

Chasing that sub-par total there was little need for the Amazon Warriors to do much more than put the bad balls away to the boundaries. Smith passed 1,000 CPL runs during his innings as the Amazon Warriors reached 51-0 at the end of the six over PowerPlay.

Smith put on a brilliant display of T20 hitting for the lively Florida crowd as he broke the back of the chase inside the first ten overs. He was well supported by Australian Maddinson who recovered from a disappointing showing in his first appearance in the last match to score 50.

Smith fell in the 11th over going for another six and Maddinson departed three overs later, but the game was already won by then. The Amazon Warriors also lost the in-form Chris Lynn before they reached their victory target but they got there with 10 balls to spare

This loss is not the end of the road for the Tridents, but they are now left relying on other results going their way to make the knockout stages. They have one game left against these same opponents on Saturday and they need to win that and hope that Trinbago Knight Riders or St Lucia Zouks lose both of their remaining matches.

A win for each of the Knight Riders and the Zouks in their remaining matches and the Tridents cannot qualify.