Hafeez doubles up as Pakistan dominate 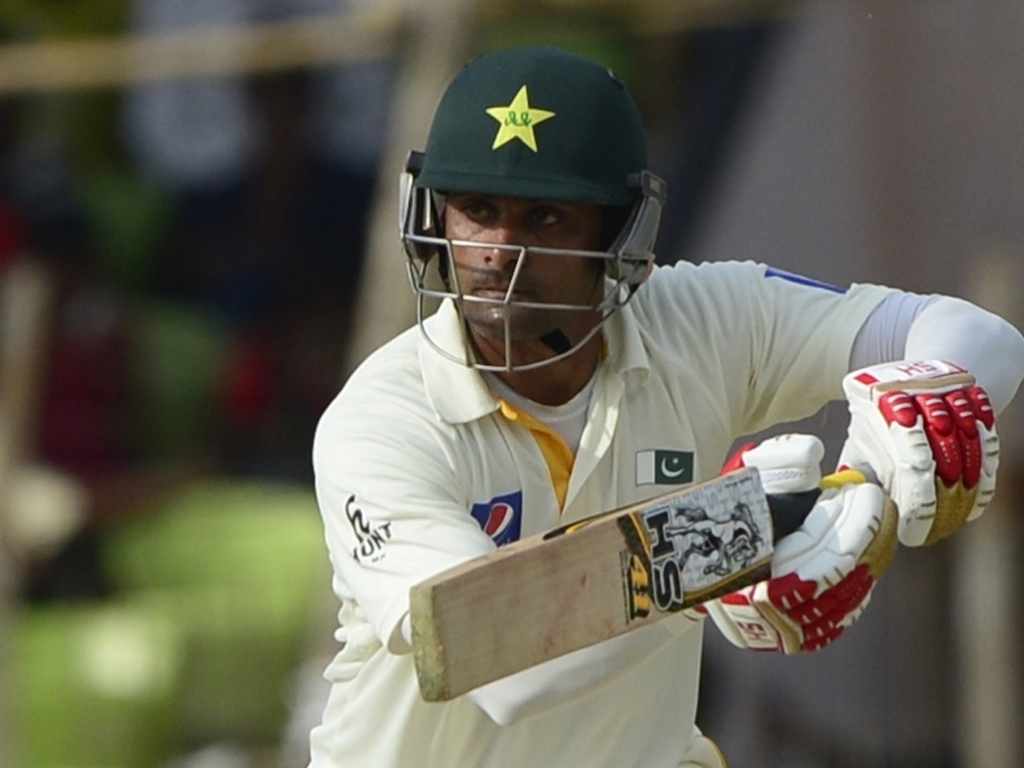 Hafeez scored 224 as Pakistan reached an imposing 537 for five, a overall lead of 205 runs, in reply to the Tigers' first innings total of 332 all out.

The visitors started the day on 227 for one with Hafeez and Azhar Ali at the crease. The pair went on to bring up their 200-run partnership in the morning session as the hme side's bowlers seem to have no answers on a slow track.

It came as a bit of a surprise then when offspinner Shuvagata Hom got one to spin through Ali's gate between bat and pad to bowl the number three batsman for 83. The Pakistan ODI captain added 227 with Hafeez for the second wicket before he was dismissed just before the first drinks break of the day.

New batsman Younis Khan, together Hafeez, saw the tourists to lunch without any further alarms. Pakistan 333 for two at the interval.

Soon after lunch Hafeez went on to record his first double-ton in Test cricket, after being dismissed twice late in the 190's in the last three years. Younis, after adding 62 for the third wicket with Hafeez, was bowled by a classical left-arm spinner's delivery delivered by Taijul Islam for 33.

Bowling around the wicket to the righ-hander, Taijul pitched a looping ball on middle stumped and got just enough turn past the forward-defense of Younis to castle the off-stump.

After reaching 224, Hafeez was out just before tea when he tried to sweep Shuvagata, but was caught at leg-slip. Skipper Misbah-ul-Haq and Asad Shafiq took the team to the tea interval at 421 for four.

Misbah scored a half-ton before he top-edged a sweep to be caught, off Taijul's bowling, on the square-leg boundary. Some late aggression saw Shafiq and Sarfraz Ahmed register unbeaten fifties before the umpires called time for day.