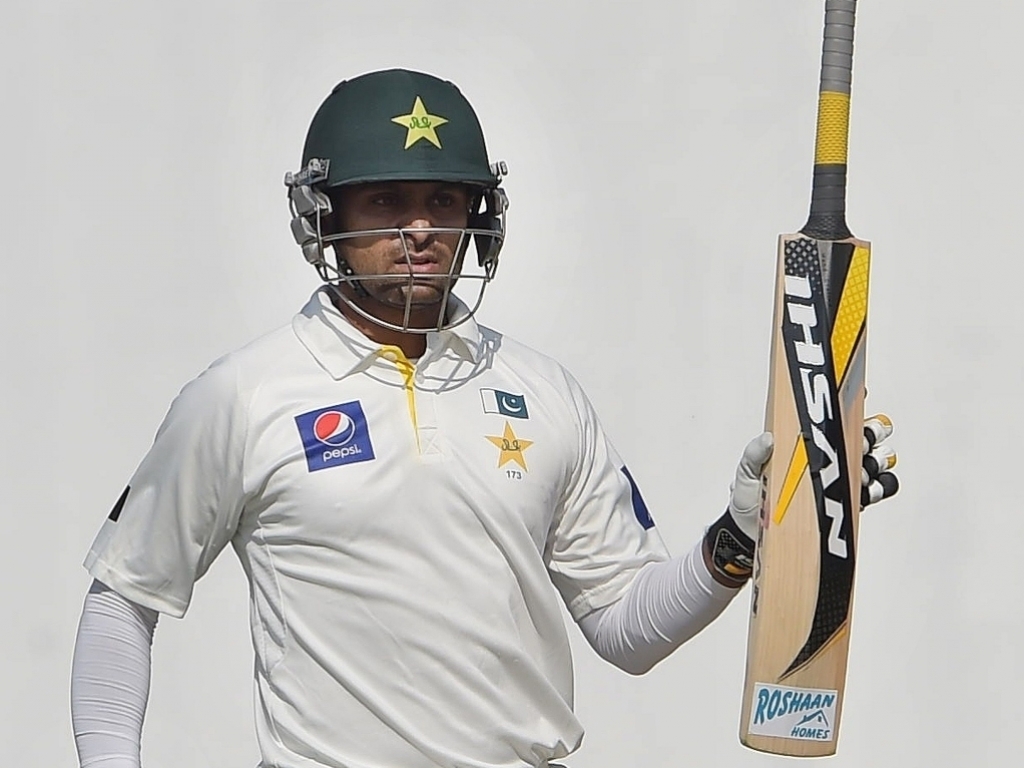 Pakistan opener Mohammad Hafeez was the star on day one of the third Test against New Zealand in Sharjah, reaching 178 not out as his side racked up 281 runs for the loss of three wickets.

Hafeez returned to action after missing the second game due to injury and a bowling action test, and made the most of his comeback against a lacklustre Kiwi attack. Not even Daniel Vettori's experience could thwart him.

Pakistan won the toss and did the obvious thing but opting to bat first on a deck that will deteriorate. Hafeez started off with a crunching square drive first ball and never really looked back for the rest of the day.

Shan Masood was the first wicket to fall, for 12, finding his bails removed by spinner Mark Craig. This brought Azhar Ali to the middle, and he held steady with Hafeez till lunch and beyond.

Craig also bagged Ali, for 39, after the break, before Vettori claimed the prized wicket of Younis Khan. This was Vettori's first Test wicket since 2012, and a rare failure for Younis lately, as he made just five.

But that just brought the steady Misbah to the middle to join Hafeez, and the pair put on 121 runs together. They coasted through the evening session, with Hafeez inching closer to his top Test score of 196.