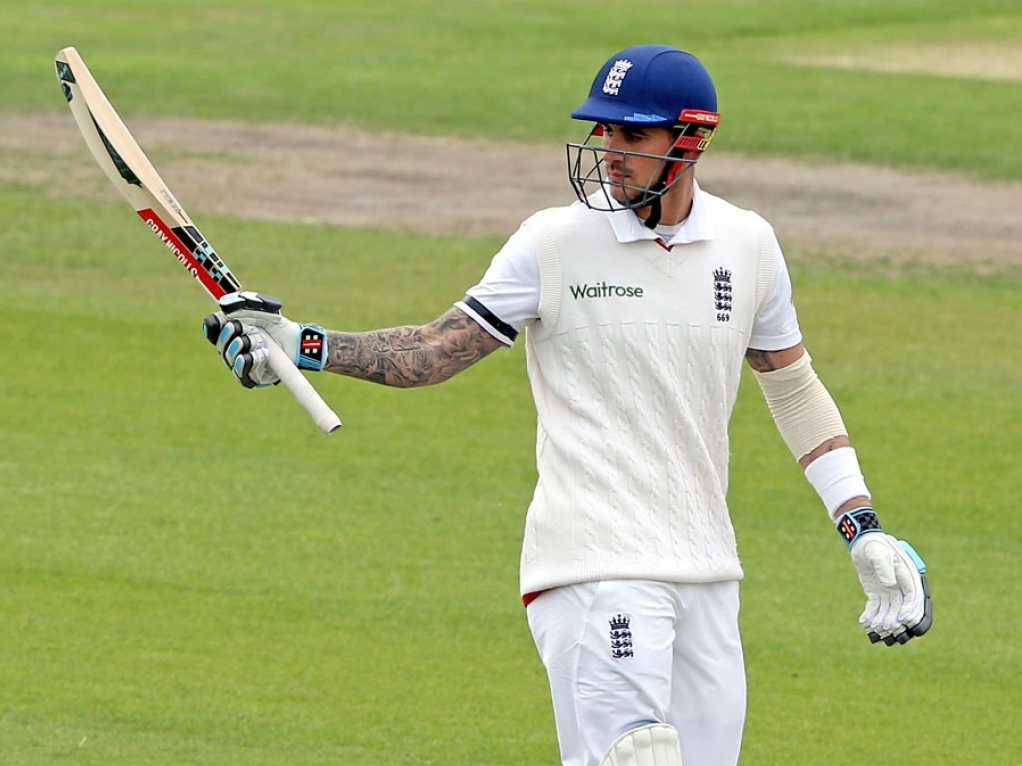 Half-centurions Alex Hales and Jonny Bairstow carried England to 171 for five on day one of the first Test match against Sri Lanka at Headingley in Leeds on Thursday.

Rain allowed for just 53 overs, as the right-handed duo ensured the hosts recovered from the three early wickets delivered by debutant Dasan Shanaka.

Hales moved to 71 not out and Bairstow an unbeaten 54, across an unbroken partnership of 88, but not before seamer Shanaka had initially justified captain Angelo Mathews' decision to bowl first after winning the toss.

Effectively selected ahead of the injured Dhammika Prasad, the 24-year-old right-armer completed fine figures of three for 30 in nine overs – including the key scalp of Alastair Cook.

Needing 36 runs to become the 12th cricketer – and first Englishman – to reach 10,000 Test runs, the left-handed Cook perished for 16. The South African-born Nick Compton and in-form Joe Root, meanwhile, each fell for a duck.

Debutant James Vince, who ostensibly gained selection ahead of the recently-retired James Taylor, was out for just nine – and all-rounder Ben Stokes departed for a dozen.

The home side's playing XI was largely as expected, with fast bowler Steven Finn chosen ahead of rookie Jake Ball.