Halestorm takes the heat off England 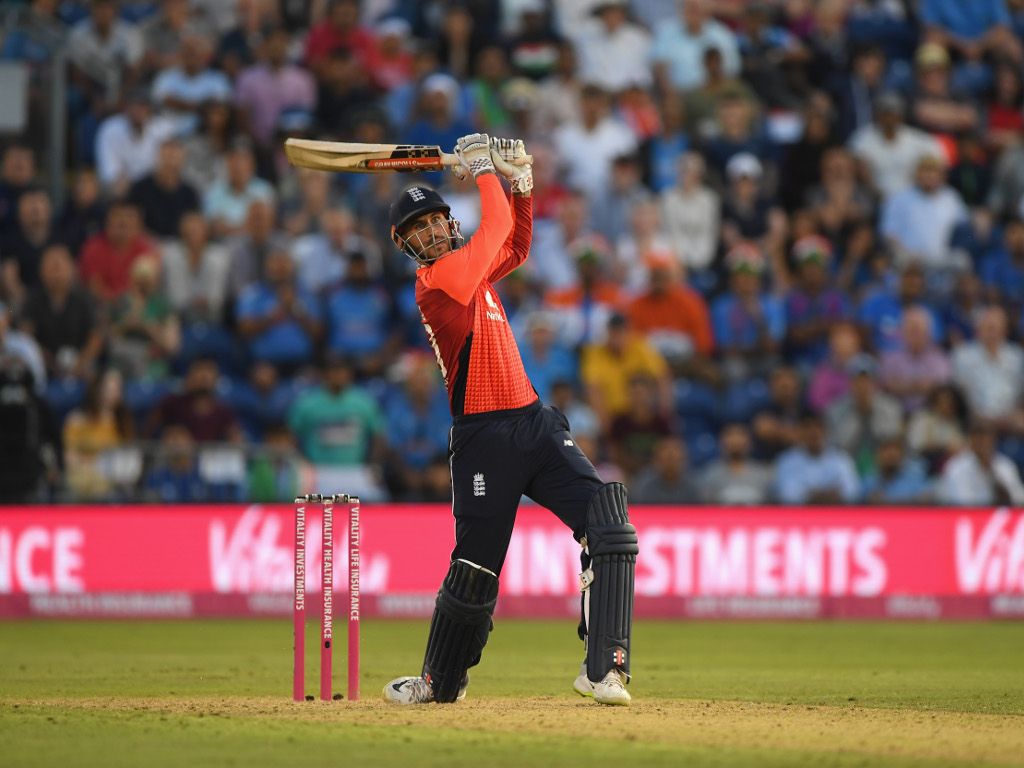 Alex Hales found form during the course of his innings of 58 not out that saw England win the second T20I against India by five wickets.

England seized the initiative early on when their bowlers pegged India back in the powerplay after Eoin Morgan won the toss and put the tourists in to bat in front of a crowd packed with blue shirts.

On a hot summer’s day in Cardiff England’s bowlers settled into a great rhythm early on and grabbed three wickets in the powerplay.

Jake Ball came in for Moeen Ali with England concerned the India batsmen might carve the offspinner over the one short square boundary at Sophia Gardens.

Ball got early encouragement to drop it short with the wicket of Rohit Sharma (5) but was perhaps the weak link in the attack ending with figures of 1 for 44 from his four overs that included an over in which he sent down seven legitimate balls and a no-ball.

Shikhar Dhawan (10) was run out in comical fashion as he lost his bat while trying to ground it with England skipper Morgan initially convinced he had gathered the ball too slowly to effect the run out.

One of the more bizarre run outs you’ve seen??

Lokesh Rahul (6) would not repeat his destructive heroics from Old Trafford as he was castled inside out by Liam Plunkett.

Virat Kohli (47) and Suresh Raina (27) rebuilt and gave India a platform for a big finish which MS Dhoni (32*) and Hardik Pandya (12*) just about delivered, making the most of a generous final over from ball to set England a target of 149 having reached 148/5.

Adil Rashid (1/29) bowled well in conditions that did not suit him and capped his day with a googly that beat Raina and him stumped.

Joe Root pulled of a stunning catch to send Kohli packing but Dhoni and Pandya gave India something to bowl at. 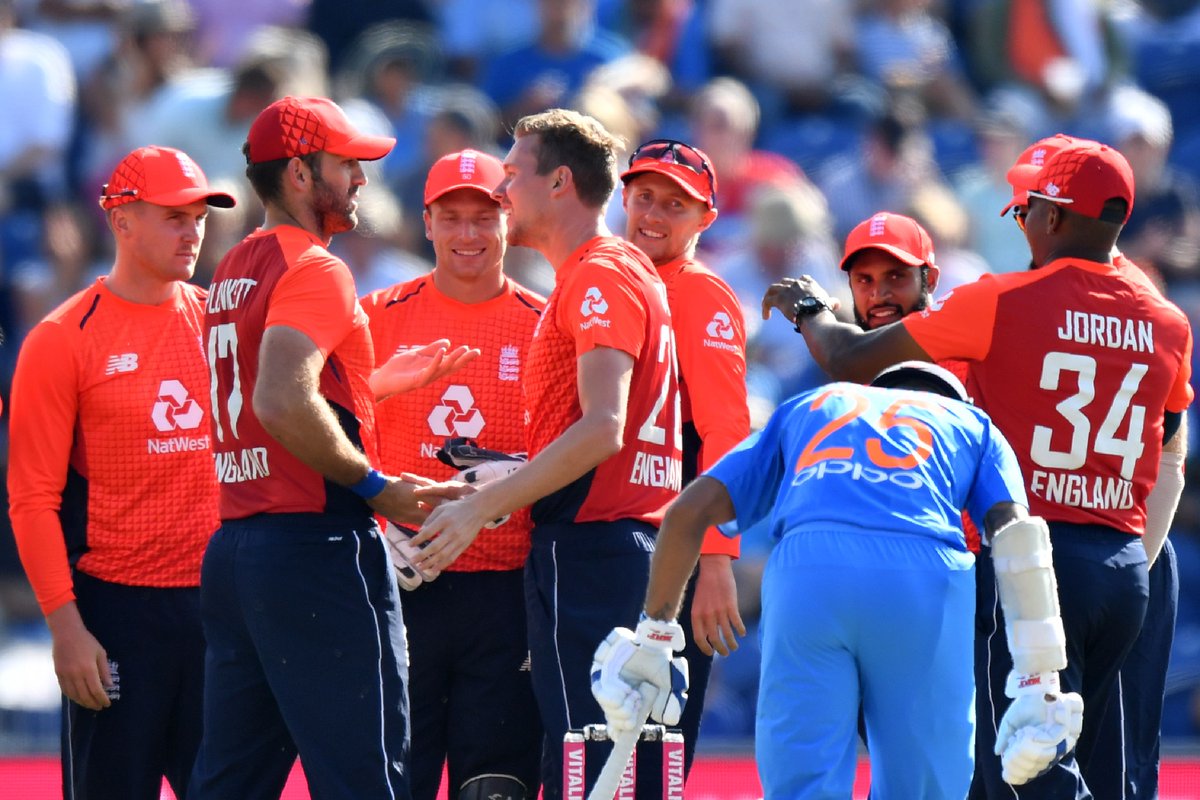 Without significant scoreboard pressure England grew into their treatment of the India spinners with Hales finding Chahal particularly troublesome at first but later launched him for a straight six.

The leggie removed Root (9) with his first wrong ‘un to a right hander in this series, promoted to number three he missed his sweep.

Earlier Umesh Yadav undid Jason Roy (15) before having Jos Buttler dropped by Virat Kohli, the India skipper made up for the error two balls later when he pouched a catch on the run at mid off to give the quick his second wicket and leave England 33 for 2.

Hales and Morgan (17) rebuilt with a 48 run stand but with the finish line in site the skipper holed out to a glorious catch by Dhawan at fine leg off the bowling of Hardik.

Jonny Bairstow (28) turned the game in England’s favour late on by taking Kuldeep to task with consecutive sixes.

The drama was far from over though as two tight overs left Bhuvneshwar Kumar defending 13 in the final over with Hales and David Willey at the crease.

Hales took the tension out of the match with a six and a four off the first two balls of the over having found form through an innings that started off far from fluent.

England sealed the win with two balls to spare and keep the series alive going into the final match in Bristol.