Home Reports & previews Hamza and Malan ton up for Cobras

Hamza and Malan ton up for Cobras 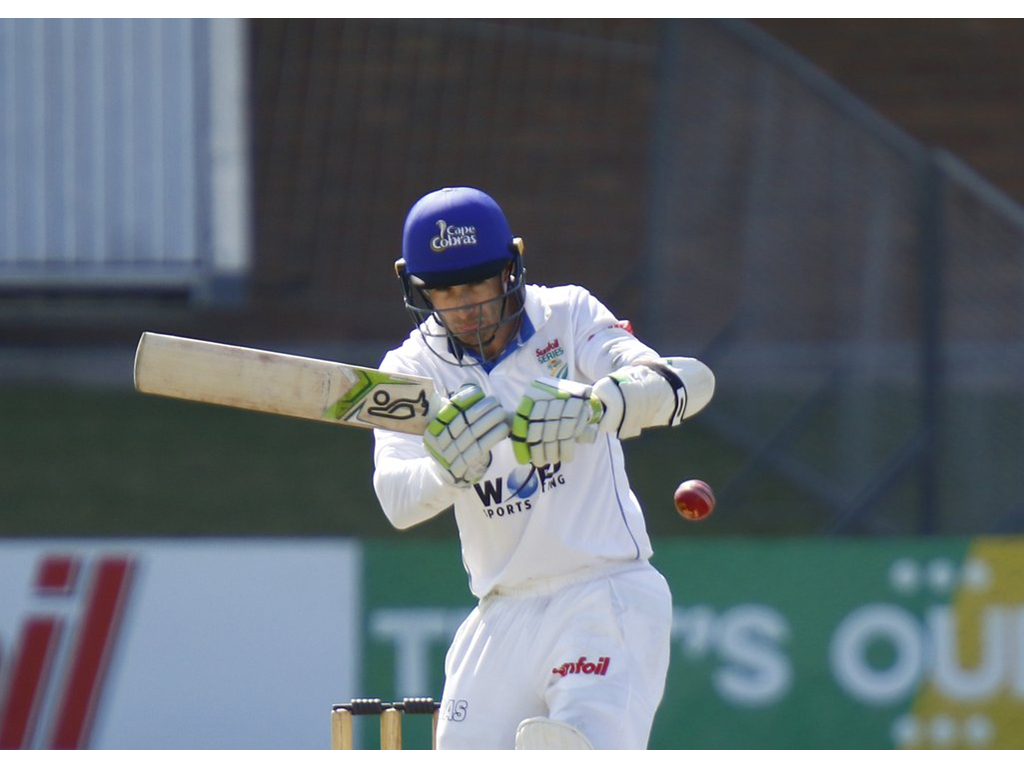 Pieter Malan and Zubayr Hamza both recorded franchise-best scores as the Cape Cobras battled back on day three of their Sunfoil Series clash against the Warriors at St George’s Park in Port Elizabeth on Saturday.

The pair shared in a superb 214-run second wicket stand to help the visitors reach 387 for eight declared, before reducing the host to 71 for two at the close, a lead of 136.

Day three was mainly about the performances of Malan and Hamza, with the former going on to make 124 (237 balls, 15 fours). It was a 24th time in first-class cricket the opener had recorded a three-figure score, but only the second time in the franchise competition.

For Hamza, his 111 (182 balls, 17 fours, 1 six) was a maiden century at this level surpassing his previous best score of 68 and his sixth ton overall.

After they departed, veteran Justin Ontong made 59 (71 balls, 9 fours), but there was not too much else from the Cobras batsmen.

Standard Bank Proteas spinner Tabraiz Shamsi managed one for 137 in 35 overs on debut for the Warriors, whose captain Jon-Jon Smuts picked up four for 38.

But his side then slipped to 23 for two thanks to a Dane Paterson (2/8) double strike, before Lesiba Ngoepe (23) and Yaseen Vallie (22) took them to the close in a solid position.