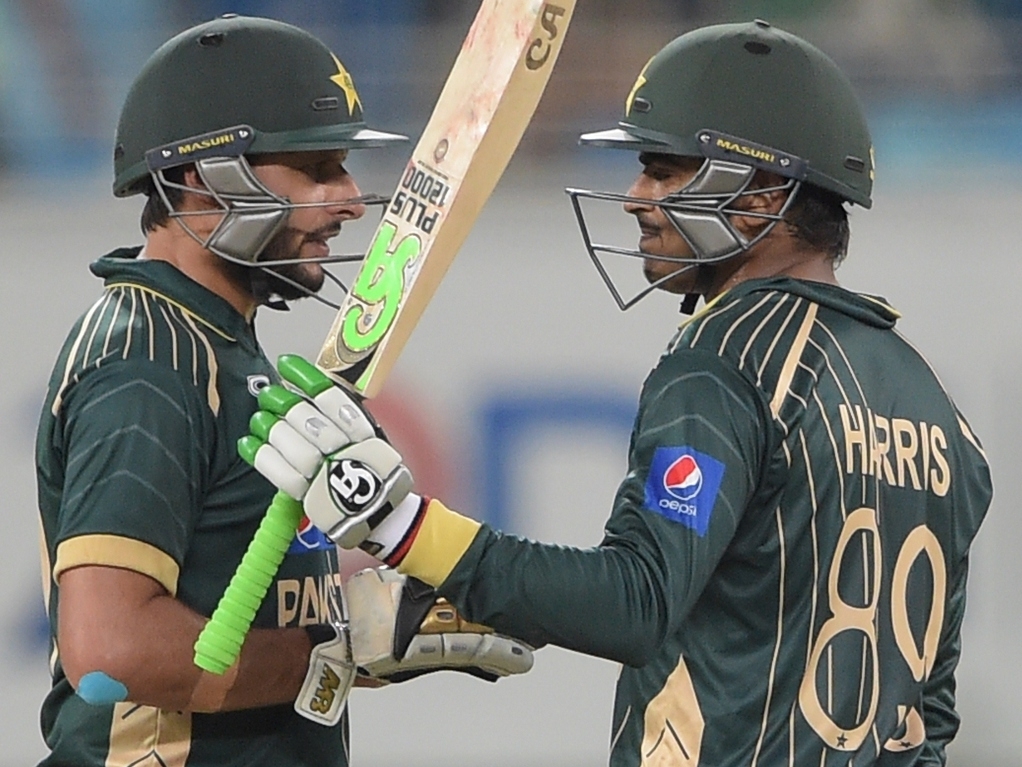 Haris Sohail and Shahid Afridi kept things tight with the ball before combining for a superb seventh-wicket stand as Pakistan beat New Zealand by three wickets in the opening ODI in Dubai.

Sent in to bat, the Black Caps' innings was built almost entirely on the back of Ross Taylor's unbeaten century. While wickets continued to tumble at the other end, the 30-year-old right-hander could not be removed, and his defiance eventually helped New Zealand to a respectable 246/7 off their 50 overs.

Taylor was playing his first ODI since a match in January against India, but the lay-off appeared to have done him no harm at all as he marched on to only his third hundred in the format.

New Zealand's top three – Anton Devcich, Dean Brownlie and Kane Williamson – all managed to reach double figures before failing to go on, and No 5 Tom Latham suffered a similar fate when he was run out for 13, but Taylor stood firm and kept the scoreboard ticking via lower-order partnerships with Luke Ronchi, Daniel Vettori and Nathan McCullum.

In the end, New Zealand added nearly 80 more runs in the last 10 overs, with Taylor doing most of the damage.

Mohammad Irfan finished with a three-wicket haul and Wahab Riaz picked up two more, but Afridi and Haris both went for under 4 runs an over in their 10-over spells and made valuable contributions to the cause.

Pakistan's bowlers had done a solid job in restricting the opposition to under 250, but for much of their reply it appeared as if New Zealand were about to pull off another successful strangling job.

The top three found themselves back in the pavilion with just 40 runs on the board, as Daniel Vettori and James Neesham struck twice in the space of seven balls in overs 12 and 13.

Younis Khan also departed quickly as Vettori picked up his second, and when Neesham struck again to dismiss Misbah-ul-Haq, Pakistan were reeling on 86/5 with more than half their allotted overs already behind them.

Haris was proving just as hard to dismiss as New Zealand's Taylor, however, and when he was joined by Afridi in the 31st over, the duo set about constructing the partnership that ultimately rescued Pakistan's innings.

With Haris as solid with the bat as he was with the ball, Afridi provided the partnership's impetus, smashing fours and sixes as he raced to 61 off just 51 deliveries.

Afridi would eventually depart in the 48th over, but the 90-run stand had done the damage.

Along with Riaz, Haris comfortably saw his side home with three balls to spare, eventually finishing with an unbeaten 85 off 109 balls as Pakistan went 1-0 up in the five-match series.