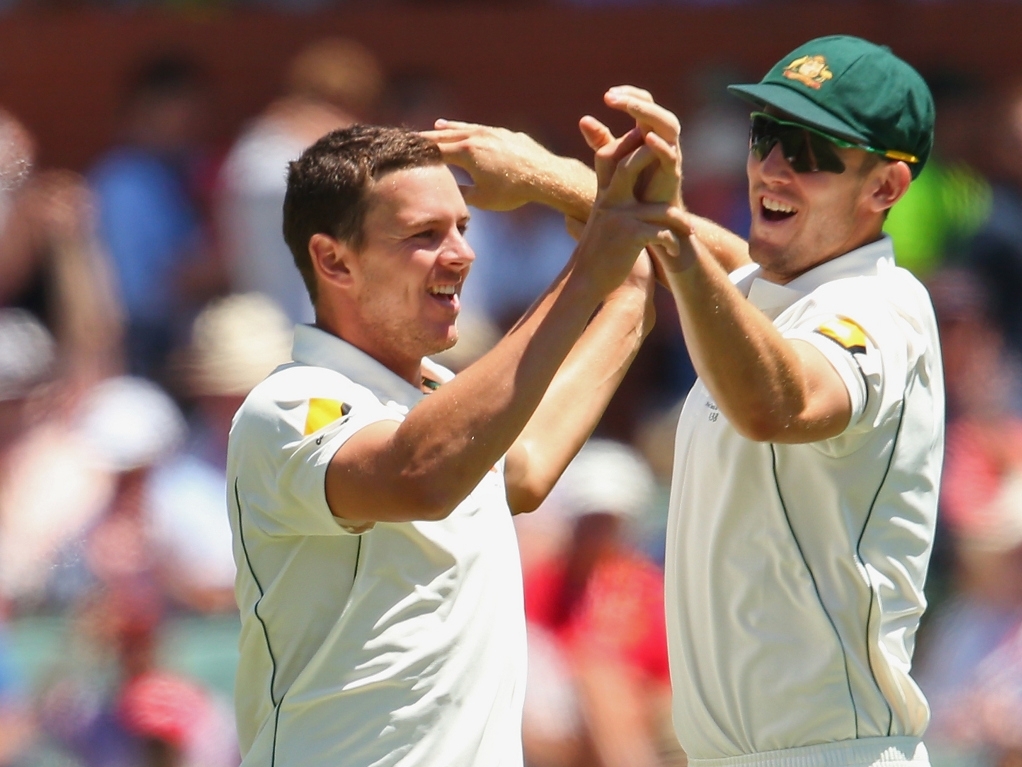 Career-best bowling figures from seamer Josh Hazlewood and a gritty 49 from Shaun Marsh steered Australia to a tense three-wicket win in the third and final Test against New Zealand in Adelaide, and give the hosts a two-nil series victory.

Hazlewood recorded figures of six for 70 in the second innings on the third day as the Black Caps were bowled out for 208, giving the Aussies a target of 187 runs to win the first ever day-night Test.

New Zealand however fought back brilliantly with ball as they made the Aussies work hard for the victory, with the home team losing seven wickets and tail-ender Peter Siddle hitting the winning runs.

Shaun Marsh, who made yet another comeback to the Test side in this game, showed a lot of determination and shared in key partnerships of 49 with Adam Voges (24) and 46 with his brother Mitchell (48).

The senior Marsh batsman was however out one run short of his fifty, and with 11 runs still needed to win, Australia had the crowd on the edge of their seats.

Peter Nevill also fell not long after as New Zealand paceman Trent Boult, with figures of five for 60, sent shivers into the Aussies' dressing room.

The win was however set up by Hazlewood, who completed his third five-wicket haul in his 12th Test, as the Kiwi batsmen had no answer to the swinging pink ball.

The first Test under lights was certainly exciting although it has to be said that the ball does seem to swing more in the evening than it does when the sun is out.

Australia won the first Test in Brisbane while the second Test in Perth was drawn.