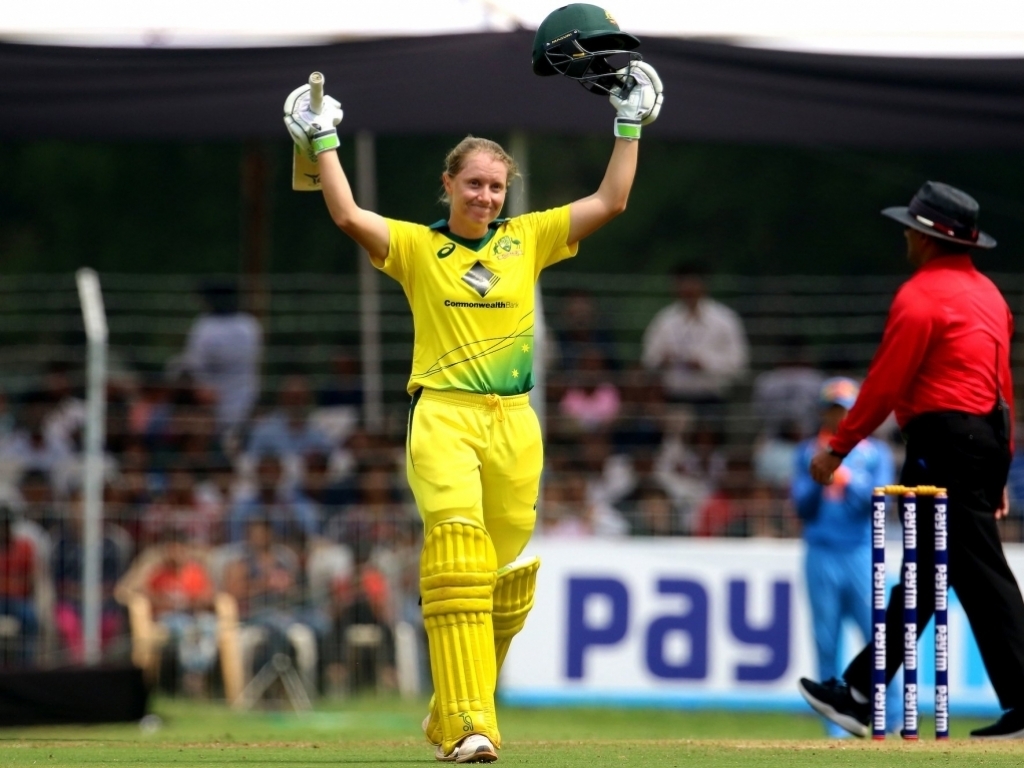 Alyssa Healy’s first century in international cricket, followed by a ruthless display with the ball powered Australia Women to a third consecutive victory in the three-match ODI series against India in Vadodara on Sunday.

India were once again defeated by a considerable margin – this time by 97 runs – and it meant Australia swept the series, which is a part of the ICC Women’s Championship.

After the visitors opted to bat, opener Healy’ s 115-ball 133 and contributions from the middle-order helped Australia post a mammoth total of 332/7 – the highest by either side in the series.

Healy received support in the middle-order with solid contributions from Rachel Haynes (43), Ashleigh Gardner (35), Beth Mooney (34 not out) and Ellyse Perry (32) powering the Southern Stars to an imposing total.

India went about the chase the right way, with a strong opening stand of 101 between Jemimah Rodrigues and Smriti Mandhana. However, India couldn’t build on that commanding start as Gardner, Perry and Megan Schutt called the shots, and were bowled out for 235 in 44.4 overs.

The home sides’s two openers Mandhana (52) and Rodrigues (42) top-scored but the innings fell away dramatically after the 101-run stand of the first wicket.

Gardner took 3-39 in eight overs while Schutt and Perry picked up two wickets each.

The result also meant that Australia jumped to the top of the ICC Women’s ODI team rankings.