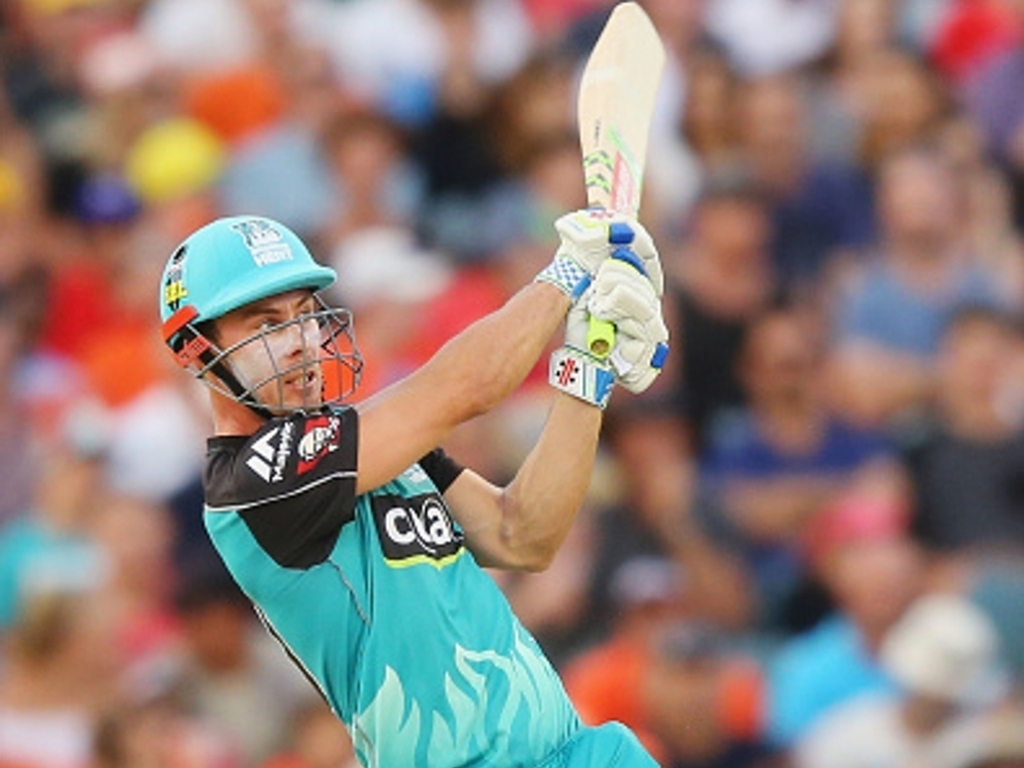 Chris Lynn was at his destructive best as the Brisbane Heat thrashed the Perth Scorchers by nine wickets to go to the top of the Big Bash League.

Lynn hit 98 not out off 49 balls including an incredible 11 sixes as the Heat chased down the 174 runs they needed to win with 32 balls to spare.

The Scorchers total of 173 for 6 was built on the backs of the Marsh brothers with Shaun kicking things off with 32 off 32 balls.

Mitchell Marsh would then step up hitting 71 off 41 balls including five fours and three sixes.

The lack of support for the Marsh duo probably left the Scorchers short of a winning total by at least fifty runs with no other batsman getting into the twenties.

Mitchell Swepson returned figures of 2 for 27 from his fours overs to be the pick of the heat bowlers.

The first over of the chase was an eventful one with Jimmy Peirson smashing a six and a four before chipping one to midwicket but Michael Klinger couldn’t live up to his name and dropped the catch.

Peirson would depart in the third over but with England international David Willey accounting for him in his last game before jetting off to India.

Lynn and Brendon McCullum would tear into the Scorchers attack though with McCullum’s 50 off 31 balls made to look sedate as Lynnsanity hit the WACA.

Ashton Turner was the only bowler to escape punishment as the Heat’s big guns fired his one over costing just three runs.

Lynn narrowly missed out on what would have been a well deserved hundred when he smashed Aston Agar for six off the fourth ball of the fifteenth over to end proceedings.