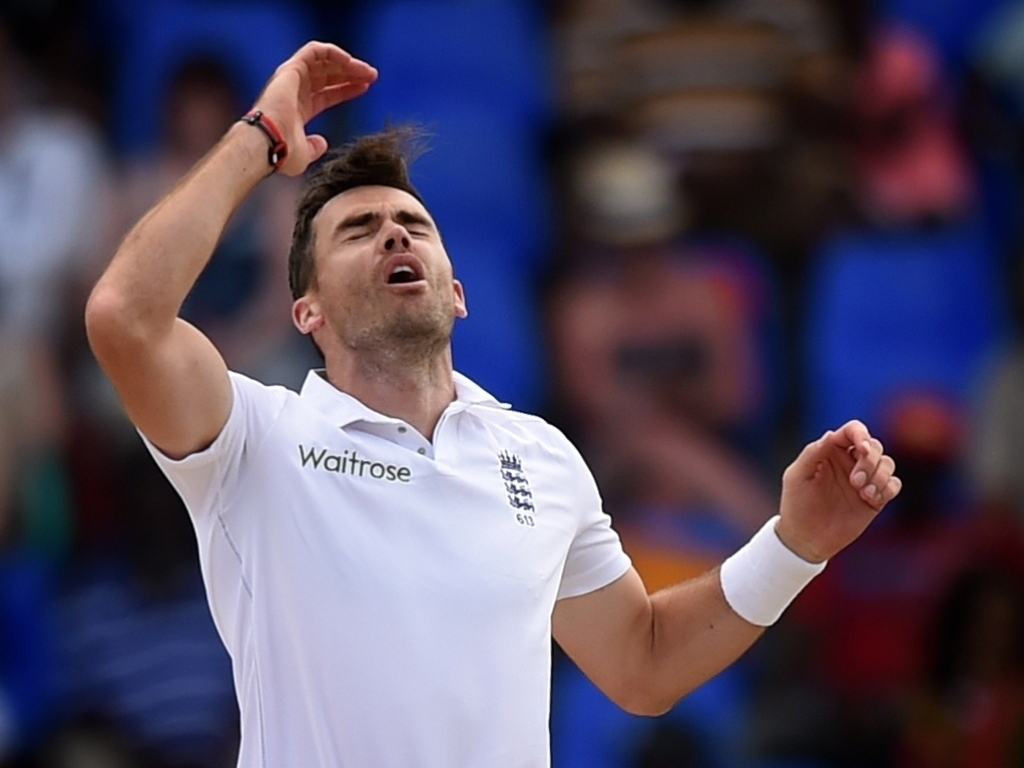 There are dull draws and there are rivetting ones, and Friday's Houdini-esque great escape by a spirited West Indies side certainly goes into the upper reaches of the second category.

A spectacular maiden hundred from Jason Holder (103 not out) – a 23-year-old with a first class average of 16 – kept a lacklustre and weary English attack at bay and secured the kind of draw that feels like a win, for the home side.

The West Indies batted out the day, losing only five wickets in the process, after they went from 98 for two overnight to 350 for seven at stumps.

At five down at lunch and six down in the afternoon session they appeared to be sliding towards the inevitable, but in man-of-the-match Holder they found an unlikely hero as they denied England the opportunity to finally win their first Test on this island.

Aside from the draw factor, the other highlight of the day was James Anerson breaking England's Test wicket record. He passed Sir Ian Botham's tally of 383 when he removed Denesh Ramdin. He was generally ineffectve though, and fairly wasted the new ball.

The Windies uncharacteristically kept out 129 overs – the last time they managed to survive 100 overs in the fourth innings of a Test was in Antigua six years ago when they drew against… England.

They did not make it easy for themselves as Devon Smith (65) and Marlon Samuels (23) each threw their wickets away with ugly and unnecessarily attacking strokes early in day. Shiv Chanderpaul (13) kept out 48 balls but was the victim of the only LBW in the match.

Jermaine Blackwood (31) played perhaps the ugliest shot of the match as he let his side down and edged behind while coming down the track and looking to hoick to leg with a horizontal bat. When considering that four or five wickets were lost to reckless batting in the first innings, it is no small wonder they managed even to take it to the last session.

Dinesh Ramdin (57) and Holder, the Test and ODI skippers respectively, fought long and hard as they each kept out over 140 balls and made the impossible seem hopeful and then achievable and then easy.

By contrast, a very tired and emotionally drained England attack appeared devoid of a game plan and increasingly without fight. The dispirited English bowlers have just three days to pick themselves up before the next Test in Grenada and it would be churlish of the selectors to not pick some fresh legs.

James Tredwell had a fortuitous first innings but did not look up to the mark the second time round and he has probably played his last Test match, for now at least. The same might be said of Jonathan Trott but the selectors will be wary of wholesale change.

It is unlikely the West Indies will tamper much with their side but a great concern for the home side is that their frontline spinner, Suliemann Benn, was neither able to contain nor trouble England. Perhaps it was just a very true and easy-paced deck.

It was an absolutely thrilling final session of a five-day match. Holder farmed the strike as Roach (15 off 55 balls) grew in confidence. Once he was content with Roach’s abilities they just got on with things as normal as he twice ran three on the first ball of an over.

Roach was more than up to the task and in Jerome Taylor there was a Test centurion waiting in the hut. The finale was an excellent advertisement for Test cricket and the immense fight that it so often represents. Some of the channels around the world that would normally televise this series have chosen not to do so as it sometimes clashes with the IPL. It is sadly not available in most of the Caribbean.

Those who were in the stands witnessed a great spectacle. It was more than just the West Indies managing a draw as the English got burnt in the exposed grass banks and the Antiguans sensibly enjoyed the comfortable blue seats in the shade; the result keeps a side that was once great and is now not much better than Zimbabwe and Bangladesh, very much in the series.

Batting out a draw involves strict discipline and extended periods of concentration from batsmen whose bodies and minds are exhausted. Jack Russell had one way of doing it in 1995, scoring 29 off 235 balls, and Jason Holder employed a different method twenty years later – it is not an exact science and Holder’s method will leave the England bowlers shattered as they travel to Grenada on Saturday.