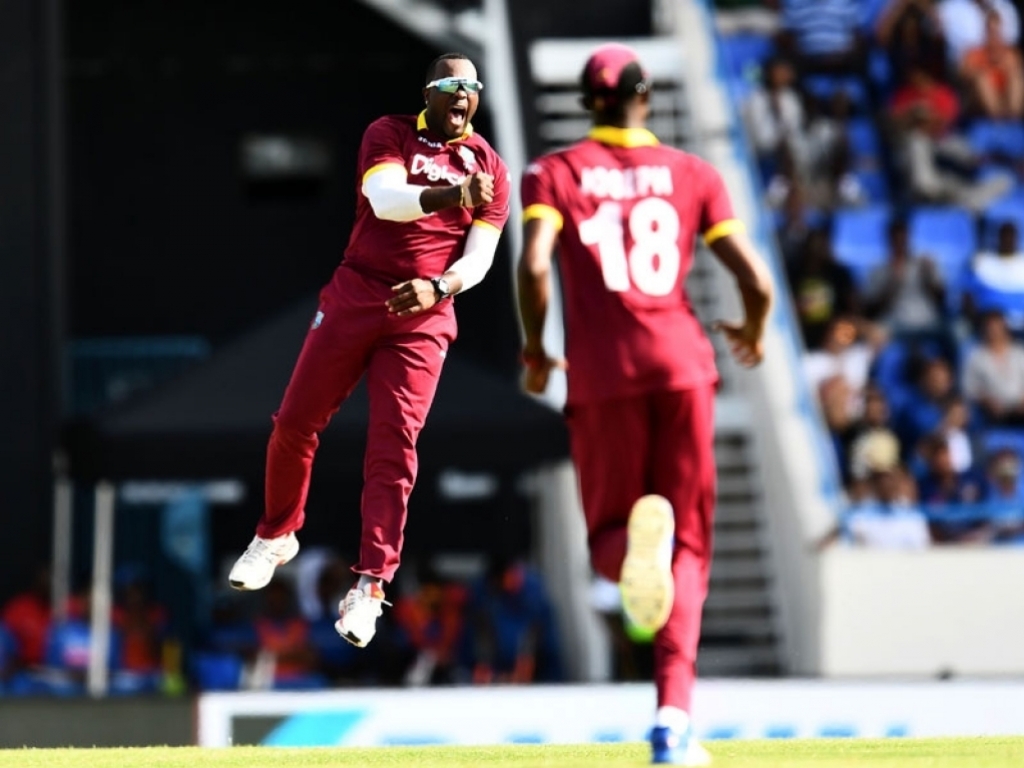 The result saw the tourists’ lead in the five-match series reduced to two-one, with Thursday’s decider sure to entertain an anticipant Sabina Park crowd in Kingston, Jamaica.

Chasing a modest 190-run target on a challenging pitch, India largely seemed bound for victory on the back of a commanding half-century from former captain Mahendra Singh Dhoni.

Dhoni dug deep for a cool, calm and collected – albeit slow – half-century. The veteran right-hander took all of 108 deliveries to reach 50 – the slowest of his ODI career, and the least quickest by an Indian batsman in the intermediate format of the international game since 2001.

The stalwart right-hander guided the visitors to within 16 runs of triumph, with a dozen deliveries remaining, but perished for 54 from 114 at an entirely crucial juncture.

With only the tail-enders remaining, Holder duly took his cue to complete telling figures of five for 27 in 9.4 overs. The haul is his best in ODI competition, surpassing the four for 13 achieved against Pakistan in Providence four years ago.

He was well supported by fellow seamer Kesrick Williams, who debuted earlier in the series, and gathered a fine spell of one for 29 in 10.

Earlier, Holder won his fourth consecutive toss of the series – and for the first time – chose to bat first. The decision yielded early success, as the home side climbed to a promising 80 for one inside 22 overs, but were ultimately restricted to a disappointing 189 for nine. The score ultimately proved ample, though.

While the opposition cherished two half-centurions in Dhoni and opener Ajinkya Rahane, the Windies did not garner one, as each of their top six batsmen delivered burgeoning starts, but failed to capitalise beyond the 35s collected by openers Evin Lewis and Kyle Hope.