Home Countries India Honours even after day two in Brisbane

Honours even after day two in Brisbane 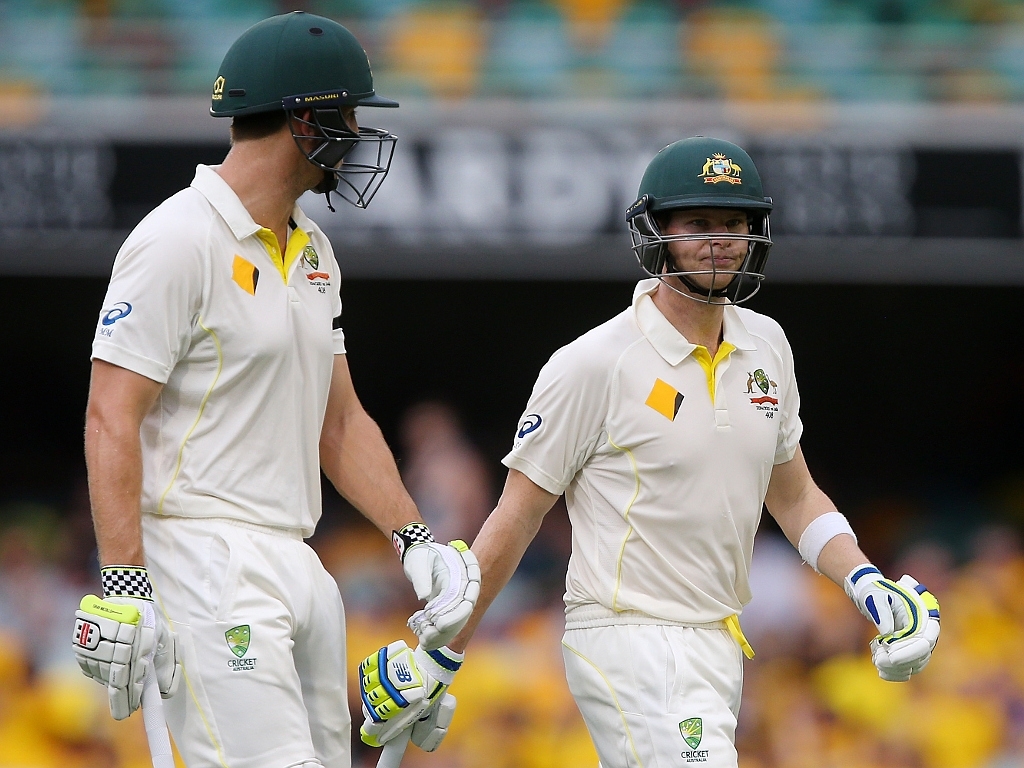 The second Test between Australia and India is finely balanced after the home side edged proceedings in Brisbane on Thursday.

Steve Smith's side, propped up by an unbeaten half-century by their new captain, reached 221 for the loss of four wickets after dismissing the visitors for 408 earlier on the day.

That means the Aussies still have a first innings deficit of 187 runs, but with a lot of batting still to come from the middle and lower order, there's every chance the hosts will be able to go into the lead on Friday.

Earlier, India resumed their innings with their score on 311 for four with Ajinkya Rahane and Rohit Sharma at the wicket, but MS Dhoni's side unable to post a dominating score thanks to a maiden Test five-for by debutant Josh Hazlewood.

After taking the wickets of Cheteshwar Pujara and Virat Kohli on Wednesday, the tall fast bowler got rid of Rahane (81), Dhoni (33) and Ravichandran Ashwin (35) to finish with figures of five for 68 from 24 impressive overs.

The Australian reply started in trademark aggressive fashion, with David Warner hitting six boundaries before falling to Yadav for 29 from 28 deliveries.

Watson (25) was the next to fall, to Ashwin, to make the score 98 for two in the 20th over as the Aussies continued to play in attacking fashion to bring Smith to the wicket.

Opener Chris Rodgers and was caught behind by Dhoni for a well-played 55 from the bowling of Yadav, after which Smith (65 not out) and Shaun Marsh added 87 for the fourth wicket.

Marsh became Yadav's third wicket of the day when he fell for 32 not long before the close of play, bringing his younger brother Mitchell to the wicket.

Smith and Mitchell Marsh (seven not out) then saw out the remainder of the play.

Yadav was by far the pick of the bowlers for India and finished the day with figures of three for 48 from 13 overs.