Home News Honours even at the Oval after day one

Honours even at the Oval after day one 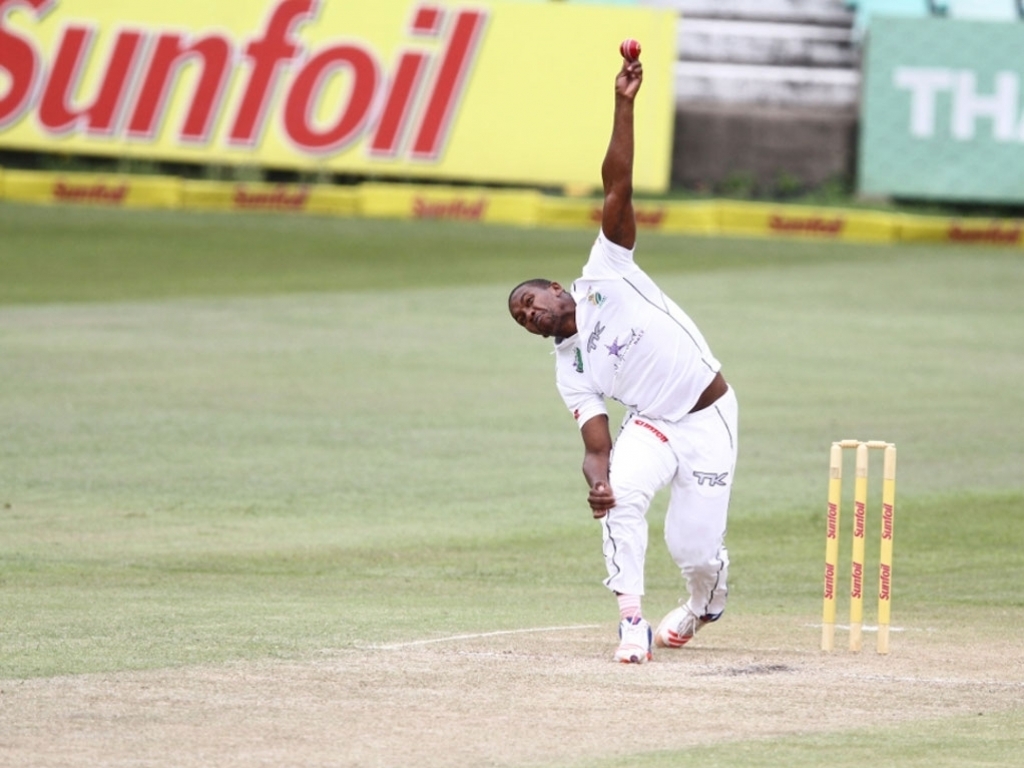 It was a patient day of four day cricket for the Dolphins and the Highveld Lions as both teams landed some solid punches on the opening day of their Sunfoil Series clash at the Pietermaritzburg Oval on Friday.

The visitors won the toss and elected to bat on a wicket that had received plenty of rain on it over the previous few days and managed to finish the day on a watchful 202/5.

Despite having been told that they were bowling first the Dolphins will be pleased to have half of the Lions’ batsmen back in the pavilion at the end of day one.

Early wickets would have been the call from Dolphins skipper Khaya Zondo, however the Lions' openers Stephen Cook and Reeza Hendricks did all they could to fight off the dangerous new ball pairing of Rob Frylinck and Mthokozisi Shezi.

Captain Cook was the first to go when the score was on 55, he was caught and bowled by left arm spinner Senuran Muthusamy. The Lions' leader would have been livid having seen off the opening spells of the Dolphins' strike bowlers.

Hendricks continued to play a dogged innings when he was joined by the left-handed Omphile Ramela, however it was Hendricks who fell next, again to Muthusamy, for a fighting 41 from 99 deliveries.

It was then the turn of stalwart Rob Frylinck to get in on the act when he dismissed Ramela LBW for 25. It was Frylinck's only wicket of the day but the probing seamer finished with figures of 1/21 in 14 overs.

With the men from Johannesburg 106/3, Rassie van der Dussen and Nicky van der Berg got together to try and give them some impetus going into the afternoon session, but they could only add 28 before Van den Berg was undone by Shezi for 13.

The left-arm seamer then picked up the scalp of dangerous all-rounder Dwayne Pretorius for 6, caught by wicket keeper Morné van Wyk, to put the Lions in a spot of bother at 140/5.

Young Wiaan Mulder then joined Van der Dussen and the pair went on to repair some of the damage as the latter went past 50. The pair took their side to 202/5 before umpires called a premature end to the days play due to bad light.

Van der Dussen is unbeaten on an impressive 55 from 131 balls while the young Mulder remains not out on 31 going into the second day on Saturday.

Shezi ended the day as the pick of the Dolphins bowlers with 2/14 in his ten overs while left arm spinner Senuran Muthusamy concluded day one with figures of 2/57 from 19 overs.

The Sunfoil Series clash continues on Saturday at the Pietermaritzburg Oval and entry for spectators is free.