Hurricanes breeze past the Sixers 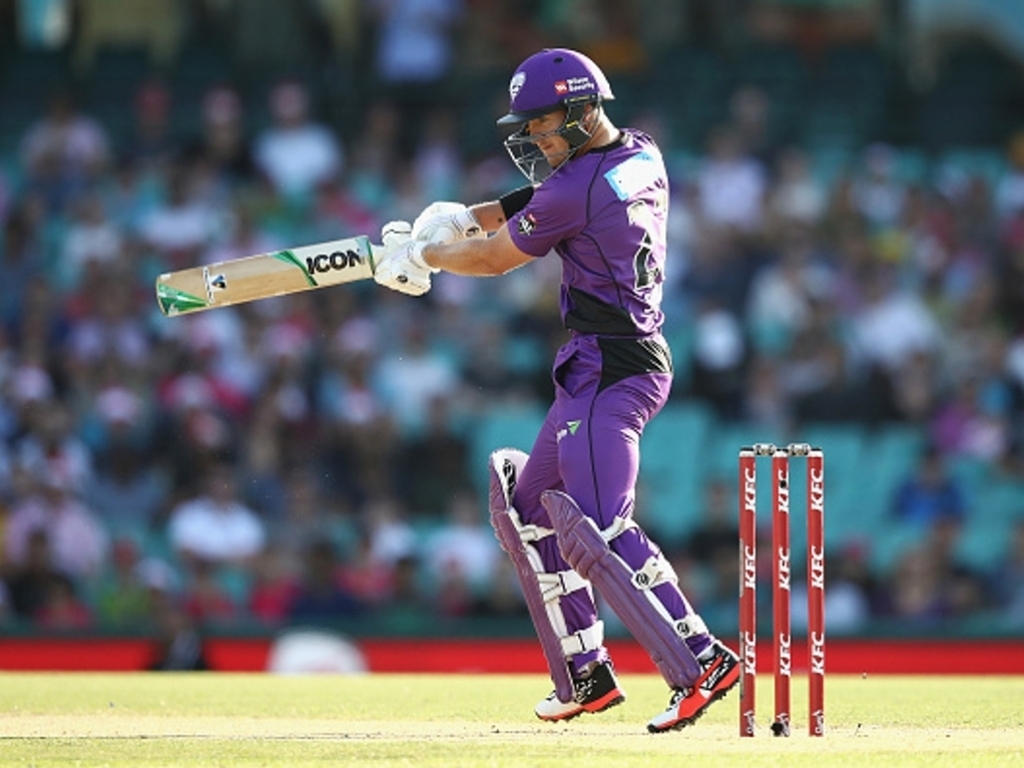 The Hobart Hurricanes got their BBL|06 campaign off to a flying start as they beat the Sydney Sixers by 60 runs at the Sydney Cricket Ground on Friday.

The Hurricanes earlier reached an imposing 200/6 in their 20 overs thanks to fifties from both openers.

D’Arcy Short impressed on his Twenty20 debut as he hit an aggressive 61 off 29 balls including three sixes and eight fours but he would depart after chipping one into the deep which England international Jason Roy took brilliantly diving forward.

Skipper Tim Paine had been content to play the anchor role while Short blasted away but he too would kick in to high gear.

Paine shared brief stands with Sri Lanka legend Kumar Sangakkara (16) and Australia international George Bailey (14) before he departed for 63 leaving the Hurricanes well placed on 167 for 4 from 17 overs.

Some lusty blows from Dan Christian (20 off 12 balls) and a quickfire unbeaten 12 from Hamish Kingston helped the Hurricanes reach 200 in their allotted overs.

Former Proteas skipper Johan Botha bowled brilliantly to end with figures of 1 for 21 from his four overs while Sean Abbott was expensive but picked up two wickets returning figures of 2 for 41 from four.

In reply the Sixers lost wickets at regular intervals but England stars Roy (40 off 22 balls) and Sam Billings kept hope alive for the men in Magenta.

When Billings (42 off 33 balls) became Shaun Tait’s third victim in the space of one over the Sixers run chase was all but over. Tait removed Steve O’Keefe (13 off 7 balls) leg before off the first ball of the over and had Abbott caught behind off the fourth ball before he grabbed the prize wicket of the Englishman off the final ball of the over to leave the Sixers 133 for 8.

The very next over Kingston bowled Dwarshuis for 3 and the Sixers were in ruins.

The innings would be wrapped up by a piece of fielding brilliance from Bailey who got out a diving stop before hitting the stumps directly to run out Bollinger and secure a sixty run win.

Tait would finish as the pick of the Hurricanes bowlers with figures of 3 for 32 while England international Stuart Broad flopped on his BBL debut going for 35 from his three overs and ending wicketless.