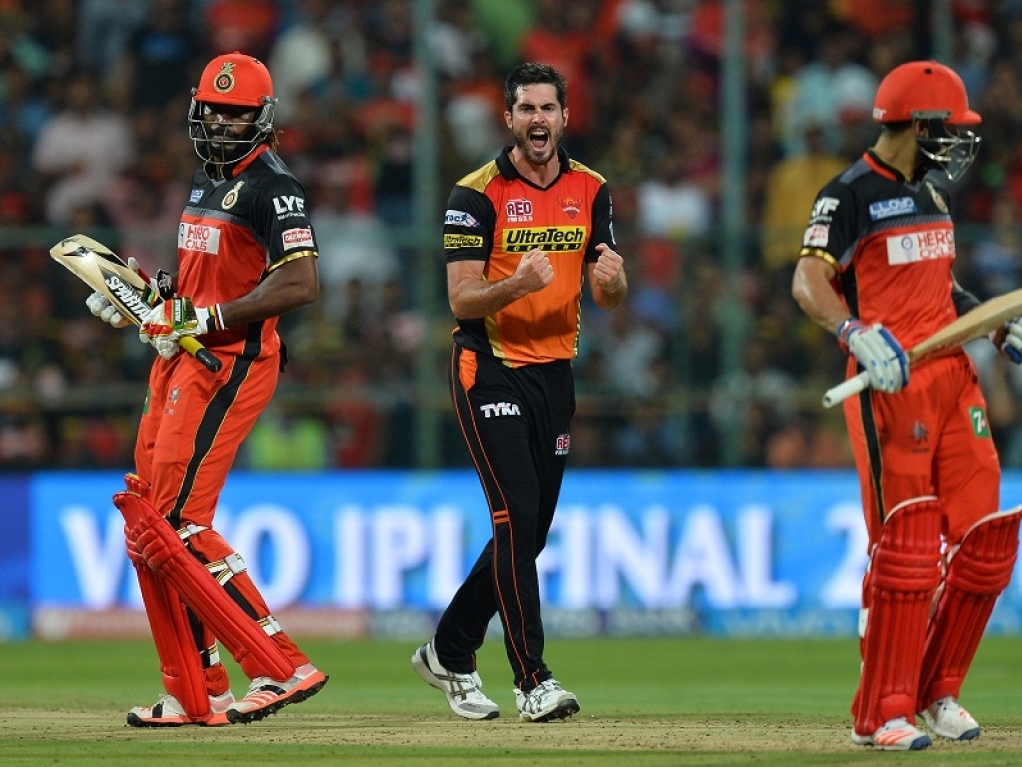 The Hyderabad Sunrisers clinched their maiden Indian Premier League title, after a tight eight-run victory over the Royal Challengers Bangalore at the M Chinnaswamy Stadium on Sunday.

Hyderabad captain David Warner's choice to bat first after winning the toss yielded a final total of 208 for seven in the allotted 20 overs. Warner top-scored with a quickfire 69 from 38 balls, which featured eight fours and three sixes.

The hard-hitting Australian, across seven innings, has never scored less than a half-century for the Sunrisers franchise against Bangalore. He, too, became only the second cricketer to score more than 800 runs in an IPL season.

The other star to have achieved the feat is host captain Virat Kohli, whose commanding 54 proved in vain, as the Royal Challengers' chase reached an insufficient 200 for seven.

All-rounder Ben Cutting, who earlier struck a late-innings 39 not out from just 15 balls to push Hyderabad beyond the 200-mark, was the pick of the bowlers. He snared telling figures of two for 35, including the important scalps of Gayle and the talented Lokesh Rahul.

Cutting was well supported by the recalled Mustafizur Rahman, who was chosen ahead of New Zealand left-arm seamer Trent Boult. The Bangladeshi was masterful with the slower ball – and cherished getting Watson out.

The 2016 tournament's leading wicket-taker Bhuvneshwar Kumar was ultimately at hand to ensure the Challengers couldn't gather the 18 runs required off the final over. The left-handed Sachin Baby and England import Chris Jordan were no match for Kumar's cleverly varied pace and consistent yorker lengths.