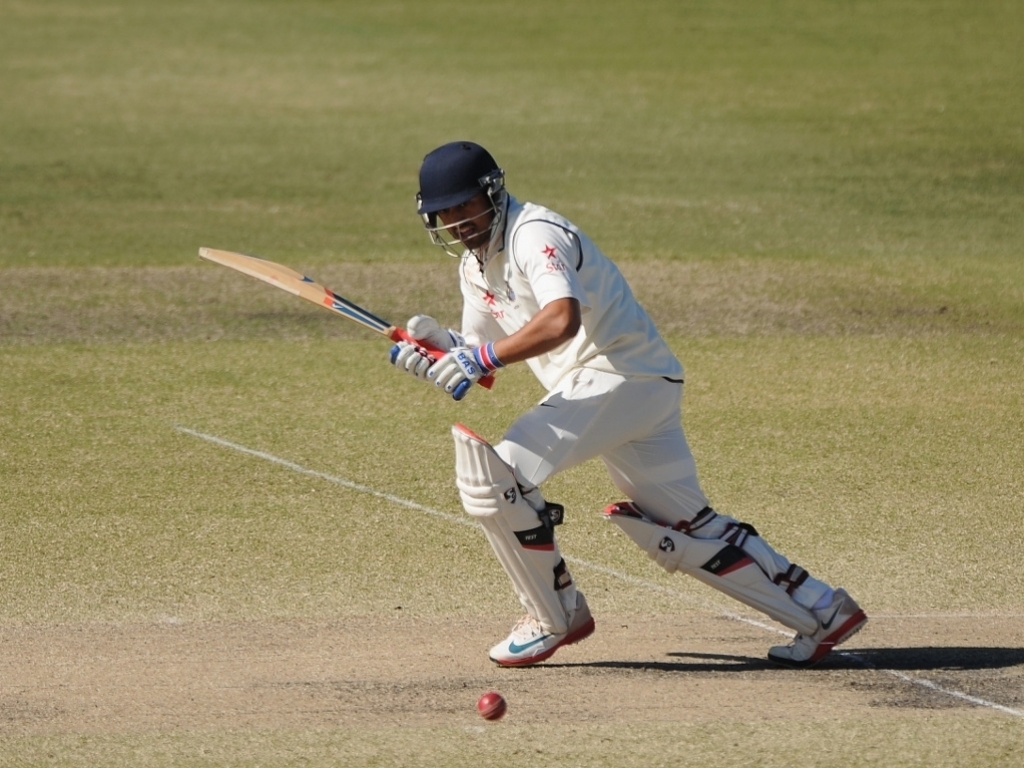 Half-centuries by Ravikumar Samarth and Karun Nair saw them lead India A to a six-wicket victory against the South Africa A team on Day Four of the second and last Cricket South Africa (CSA) Four-Day series in Potchefstroom on Tuesday.

Other contributions with the bat came from Sudip Chatterjee (18 off 30), Shreyaz Iyer (15 off 18) and Ankit Bawne (32*) as the visitors stubbornly continued to pile on the runs after each wicket fell.

Dane Piedt was the pick of the South African bowlers, taking (2/75) with Andile Phehlukwayo (1/29) and Shaun von Berg (1/51) the only others to strike.

Earlier in the day, Stephen Cook returned unbeaten on 70 off 196 balls (10 fours) as the rest of the batting order collapsed.

Phehlukwayo (29) fell off the first delivery of the day and after the dismissal of Von Berg (13), the hosts quickly lost  Dane Piedt (4), Dane Paterson (6) and Duanne Olivier (0).

They lost a total of five wickets for 40 runs and were bowled out for 177. Omphile Ramela fell ill with a viral infection and did not bat.

India’s Ankit Rajpoot and Shahbaz Nadeem were the chief destroyers, returning final figures of 3/15 and 3/47 respectively. Krishnappa Gowtham added another scalp to his tally today to finish on 2/48.

South Africa’s skipper, Aiden Markram while disappointed with the loss of the match, is proud of his team’s performance in the series as a whole.

“It’s not fun losing a match,” he said. “The guys did their best but things didn’t seem to gel as they did in Pretoria, but I’m still very proud of how they played the series as a whole.

“There’s been a lot of really good individual performances and a few bursts of brilliance from the side a unit here in Potch (Potchefstroom).

“I hope that they can take the lessons learned during this tour back to their franchises and put them to good use during this season.”