India A firmly on top of SA A after Siraj strikes 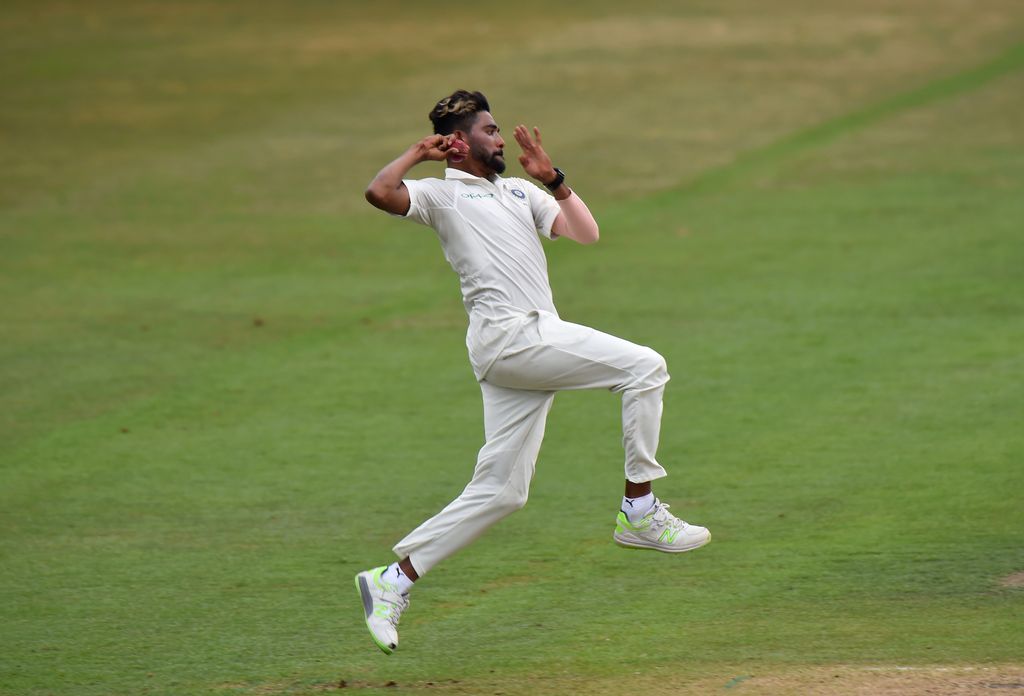 Mohammed Siraj took a remarkable 4/18 in 10 overs, leaving South Africa A on 99/4 at stumps of day three of the first unofficial Test in Bengaluru on Monday.

This followed after the India A batsmen’s continued dominance as they added a further 173 runs to their overnight total of 411/2, before declaring on 584/8.

The visitors got their day off to a good start as Beuran Hendricks removed day two’s hero, Mohammed Agarwal (220) without getting off the mark.

The bowler struck again 10 overs later with the wicket of the skipper, Shreyas Iyer who departed for 24.

Srikar Bharat(64) and Hanuma Vihari (54) did not let the losses affect them however.

They put on a 95-run, fifth-wicket partnership with each batsman collecting a half-century along the way.

Axar Patel returned an unbeaten 33 runs from 38 deliveries after India lost both Yuzvendra Chahal and Mohammed Siraj without scoring to Duanne Olivier (2/88) and pick of the South African bowlers, Hendricks (3/98).

South Africa’s second innings got off to another dicey start as they lost openers Sarel Erwee, Pieter Malan and captain Khaya Zondo for three and a duck each as they trailed India’s 338-run lead.

Siraj the man with the golden arm, followed up his first innings 5/56 with another brilliant first spell, accounting for all three wickets.

South Africa were reeling on 3/6 in nine overs when Zubayr Hamza (46*) and Senuran Muthusamy (41) finally got the innings in gear with an 86-run stand for the fifth wicket.

Siraj would not let them be, striking a fourth time and removing the latter three overs before the close. Rudi Second (4*), who joined Hamza at the crease will look to replicate his first innings performance to try and give his side a fighting chance.