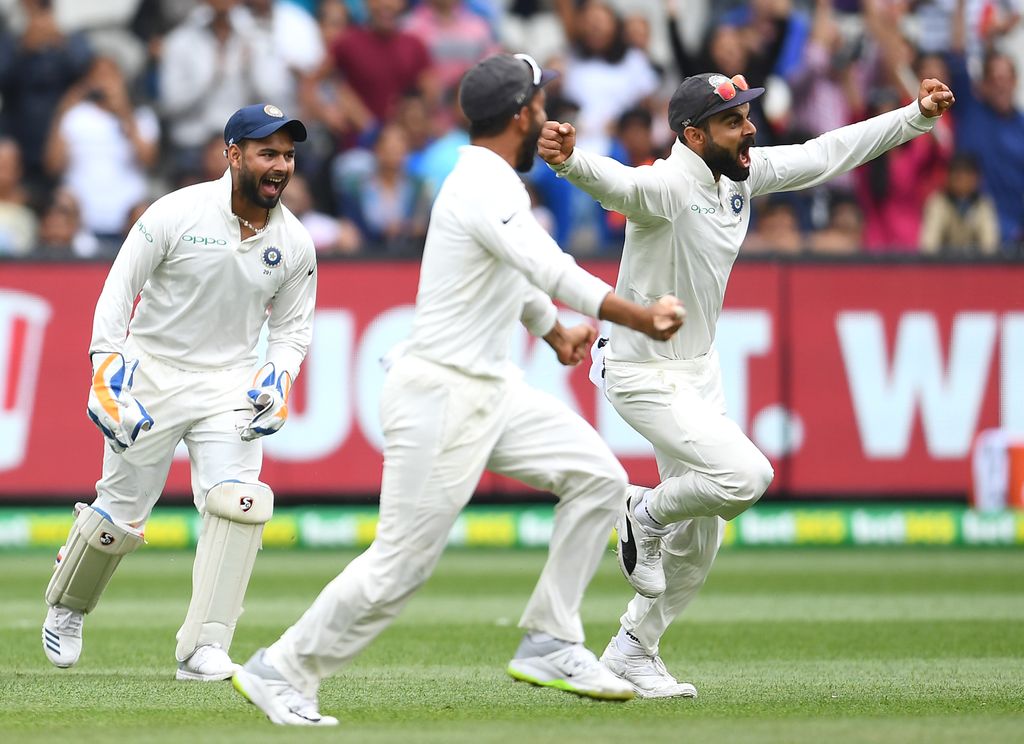 India cleaned up the final two Australia wickets on day five to complete a 137-run victory in the third Test at the MCG on Sunday and take an unassailable 2-1 lead into the final game of the series in Sydney.

Australia resumed on 258/8 after the entire morning session was lost to rain in their unlikely pursui to chase down a target of 399.

But India seamer Jasprit Bumrah, who took six wickets in the first innings, got Pat Cummins and Ishant Sharma got Nathan Lyon to secure the emphatic win.

Batting at number eight, Cummins is proving himself to a very capable allrounder and had just about kept his side in the game with 61 not out on Saturday.

He added just two runs to overnight score and was out for a career-best 63 and, after taking 6-27 with the ball, was one of the few success stories for the home side in this Test.

Bumrah finished with figures of 3-53 to claim nine wickets in the game while left-arm spinner Ravindra Jadeja took 3-82 in the second innings.

The difference in this Test was the batting units as Australia’s top-order once again failed as not one of them went past fifty.

In contrast, India were disciplined with the willow as Cheteshwar Pujara scored his second century in the series and captain Virat Kohli showed composure with a fine knock of 82 in the first innings as the visitors posted a total of 443/7.