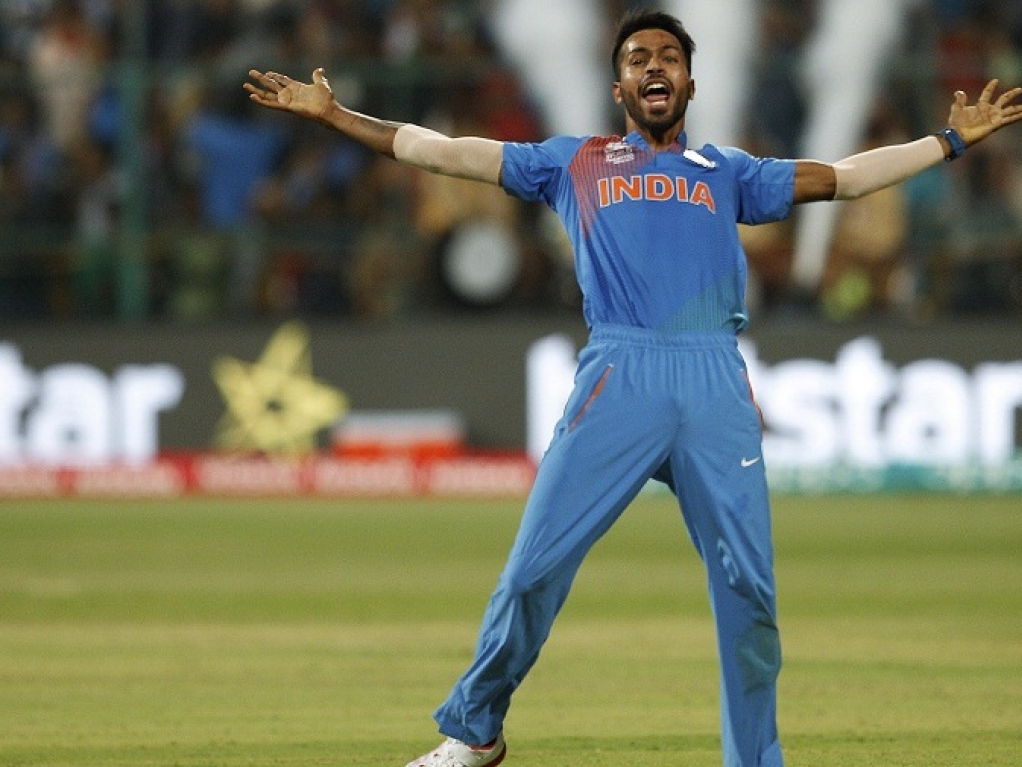 Host nation India kept their World T20 hopes alive as they dramatically snatched victory from the jaws of defeat to beat Bangladesh by one run in Bangalore on Wednesday after the Tigers needed 10 runs from the final over for victory.

Seamer Hardik Pandya was tasked with bowling the last over India and when his first three balls went for a single and two fours it seemed as if the Tigers had the game wrapped up, needing only two runs from the remaining three balls.

But, Mushfiqur Rahim (11 off six balls), who was the hero up to that point that stroked the two boundaries, gave his wicket away when he hit a full toss straight to Shikhar Dhawan at deep midwicket to be caught.

With still two runs required from two deliveries, the visitors were still favourites but Mahmudullah (18 of 22 balls) inexplicably did the same thing as Mushfiqur and holed out on the boundary trying to finish the game in style.

Shuvagata Hom faced the final ball still needing two to win but one run would have taken the game to a super over, he completely missed the ball and MS Dhoni collected behind the stumps and ran out a desperate Mustafizur Rahman at the strikers end to spark some wild celebrations from the Indian players and capacity crowd at the M Chinnaswamy Stadium.

Bangladesh set off in pursuit of their 147-run target on a good note as most of their top-order batsmen contributed to set up a solid platform to push for the win.

However, India kept taking wickets, spinner Ravi Ashwin bowling well with figures of two for 20 in four overs, to keep themselves in the game by the skin of their teeth and eventually scraped home.

The home side's batting effort was somewhat disappointing as they only posted 146 for seven in their 20 overs, Suresh Raina top-scoring with 30 from 23 balls batting at number four.

The victory was important for the hosts as they lost their opening game to New Zealand, who have already qualified, with India and Australia now facing off in Mohali on Sunday to see who will make it to the semifinals.